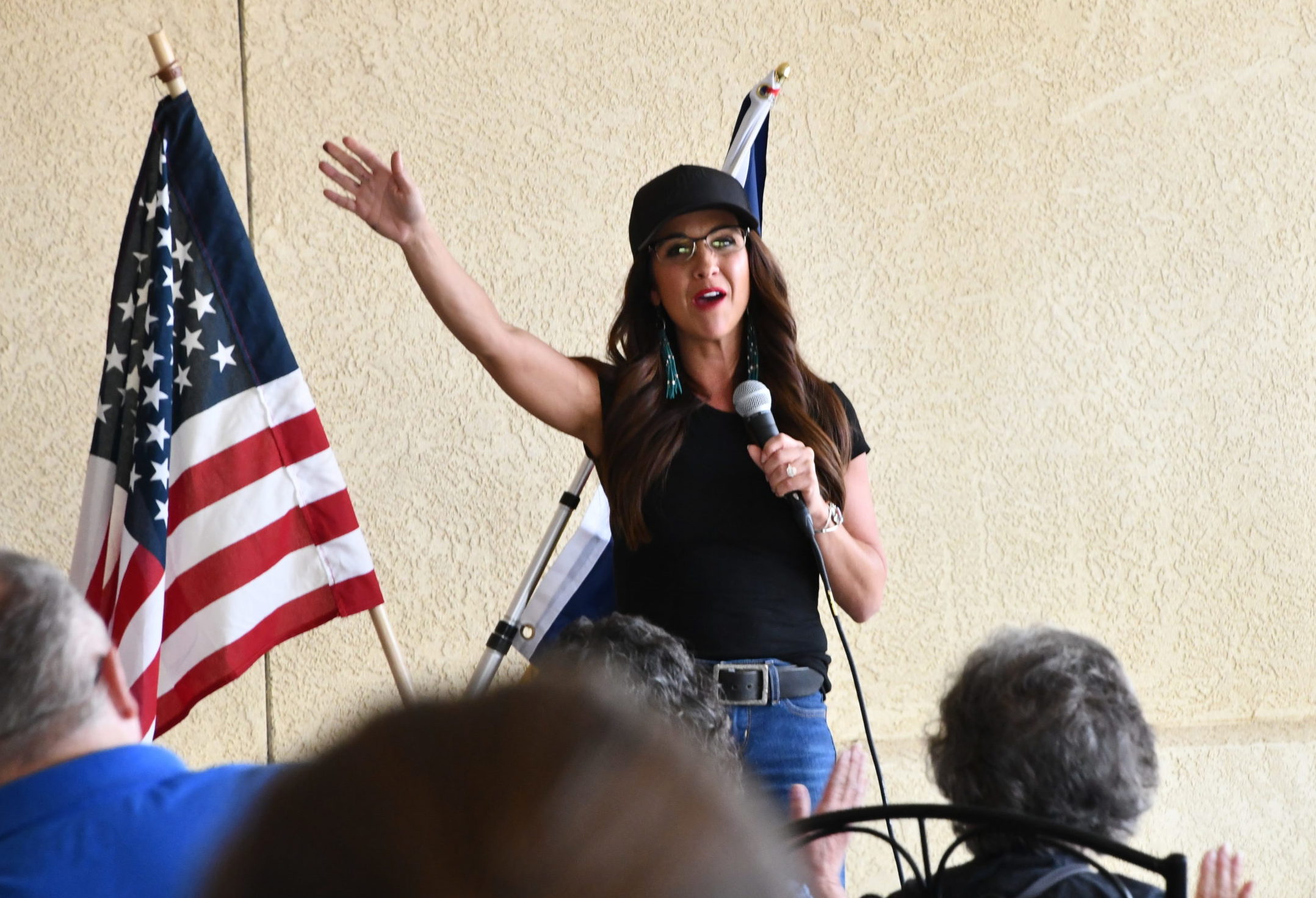 With less than a week to go before the Nov. 8 midterm election, U.S. Rep. Lauren Boebert — a controversial Silt Republican and the face of the Colorado GOP — still won’t commit to accepting the results of the election if she loses.

Forwarded a press release from her Democratic opponent, Adam Frisch, and asked if Boebert is worried about next week’s results (with polls showing Frisch drawing closer) and if she’ll accept the results regardless of the outcome, a campaign spokesperson emailed: “Congresswoman Boebert will be honored to accept a second term in Congress when voters re-elect her on November 8th.”

The campaign did not reply to follow-up email asking for a clear answer on whether Boebert will accept the results of the election if voters do not re-elect her on Nov. 8.

“I call on Boebert to commit to accepting the results of the November election regardless of the outcome,” Frisch said in Wednesday’s press release. “I am fully committed to affirming the results of the Nov. 8 election as the will of CO-3 voters. It is essential to our democracy that candidates on both sides of the political spectrum reaffirm trust in our elections. Our elections are secure and every Coloradan can rest assured that their vote will be counted.”

Frisch questioned Boebert’s refusal to commit to the election results, win or lose.

“It’s highly concerning that Rep. Boebert has refused to say that she would accept the election results if the voters of Colorado’s 3rd congressional district decide to send me to Congress,” Frisch added.

In March of this year, Boebert – who tweeted “Today is 1776” before the Jan. 6, 2021 Capitol insurrection – told Mesa County Republicans she was “most proud” of voting to block the free, fair and legally vetted election of President Joe Biden over former President Donald Trump, who has never accepted the 2020 election results or conceded he lost.

“One of the things I’m most proud of is being one of 147 [Republican House members] who voted against certification of the 2020 election,” Boebert said in March. “It’s why we need Republicans in the majority. We can’t work with Biden, but we can sure investigate Biden.”

In a speech to the nation on Wednesday, Biden decried those candidates who won’t commit to accepting losing election results – a pillar of U.S. democracy that Trump has undermined.

From The New York Times: “As I stand here today, there are candidates running for every level of office in America — for governor, Congress, attorney general, secretary of state — who won’t commit, they will not commit to accepting the results of the elections that they’re running in,” Biden said at Union Station, just blocks from where a mob stormed the Capitol on Jan. 6, 2021, to disrupt the transfer of power. “This is the path to chaos in America. It’s unprecedented. It’s unlawful. And it’s un-American.”

In a memo on Friday, the FBI, Department of Homeland Security, the National Counterterrorism Center and the U.S. Capitol Police warned that, following next week’s midterm elections, “perceptions” of election fraud could cause violence, according to ABC News.

“We assess that election-related perceptions of fraud and DVE [domestic violence extremist] reactions to divisive topics will likely drive sporadic DVE plotting of violence and broader efforts to justify violence in the lead up to and following the 2022 midterm election cycle,” the memo reads. “Following the 2022 midterm election, perceptions of election-related fraud and dissatisfaction with electoral outcomes likely will result in heightened threats of violence against a broad range of targets — such as ideological opponents and election workers.”

Boebert has a history of associating with extremist and conspiracy groups.

In Wednesday’s press release, the Frisch campaign touted its outpacing of Boebert in fundraising and a recent Keating Research poll showing Frisch in a statistical tie with Boebert. It also points to Republican endorsements in the now 9-point GOP-leaning district (after redistricting) from Boebert’s Republican primary opponent, state Sen. Don Coram of Montrose, and former GOP Colorado House Speaker Russ George, as well as endorsements from the Grand Junction Daily Sentinel, the Durango Herald and the Denver Post editorial board.

Boebert’s campaign would not address whether the congresswoman is concerned by these developments, reiterating she expects to win. In August of 2020, Boebert’s campaign expressed confidence in Colorado’s mail ballot system that’s been in place for nearly a decade.