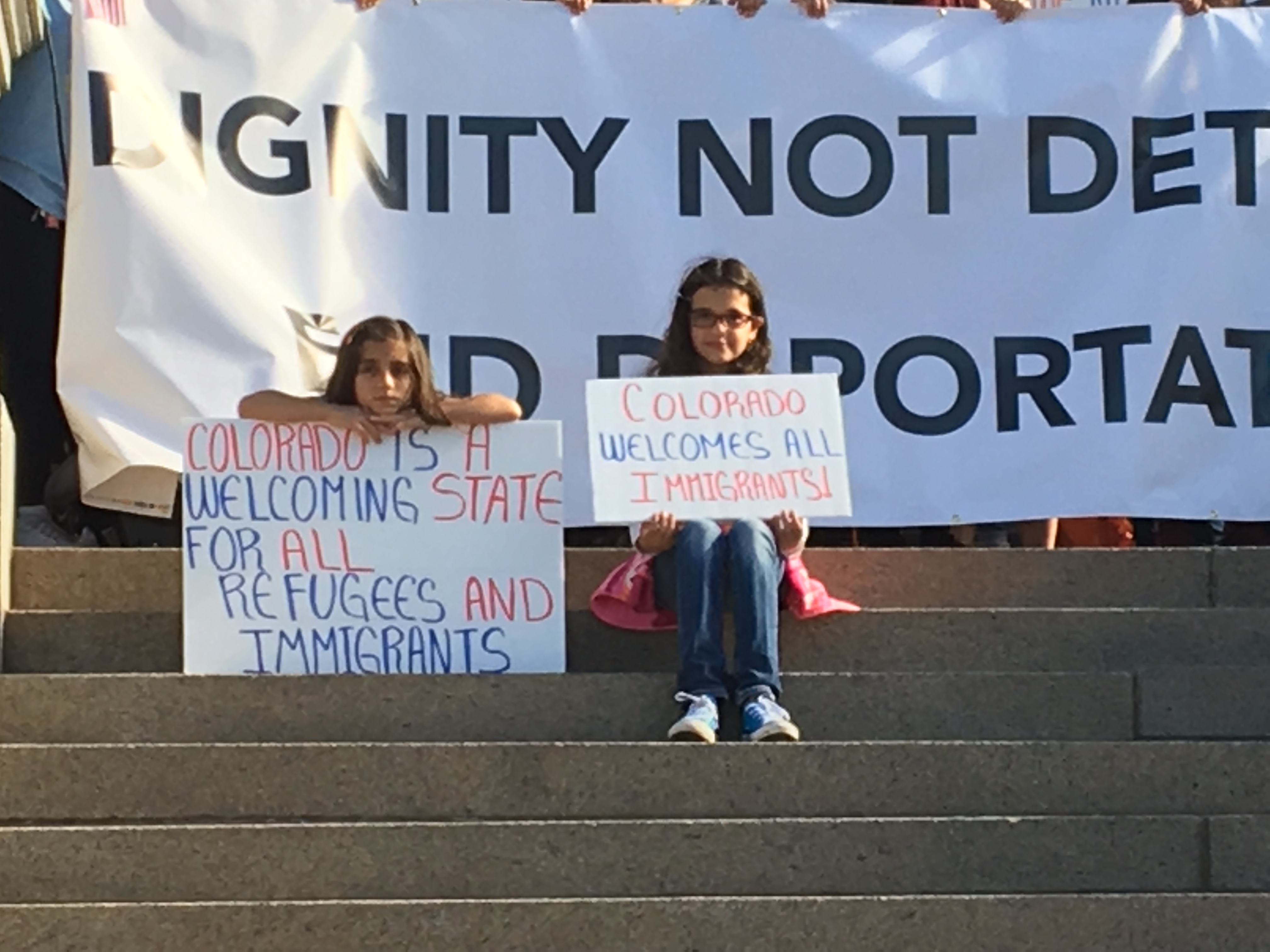 On Wednesday afternoon, the Colorado Immigrant Rights Coalition, along with their partners and allies, rallied at Colorado’s capitol to demand immigration reform. Dozens filled the building’s west steps chanting “si se puede” (yes we can) and “stand up fight back.”

They called on the state and federal government to pass pro-immigrant legislation and bar president-elect Donald Trump from carrying out his pledge to deport or incarcerate 2-3 million immigrants.

The demonstration lasted nearly an hour, and featured many impassioned speakers who shared their experiences with deportation and other immigrant rights issues.

Cristian Mateo Lozano, a recipient of Deferred Action for Children of Immigrants (DACA), said his parents brought him to the U.S. when he was four to provide him with more opportunities, giving up successful careers to work as housekeepers and construction workers. 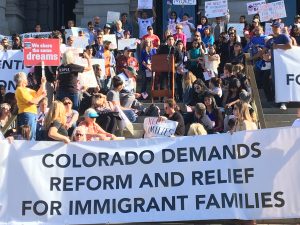 He recounted the story of his brother, who was able to start a successful plumbing business after migrating to the U.S., but then found immigration officers waiting to deport him when he returned home one day. Lozano said his brother didn’t get a chance to say goodbye to his two daughters or any of his family members, becoming just another statistic.

“I am not a number,” Lozano told the rally goers. “I am not a statistic. I am a human who dreams.”

Kerry Gutierrez, a first time voter whose father was deported when she was 13, told the crowd she felt hopeless after she learned of the election results, but then realized that now is the time to fight, and she encouraged the crowd to do the same.

Alexandra Flores with the Colorado Licenses Committee spoke about fleeing abuse and unrest in Guatemala. She said her nephew also came to the U.S. in search of safety after his father was killed and many other family members were taken by gangs. She told the crowd that he was deported because he couldn’t get a drivers license, and died in a river three days later. She hopes sharing the story of her family will inspire action, and that Gov. Hickenlooper will hear their calls to make the immigrant drivers license program more accessible.

The drivers license program is of primary concern to Raquel Dominguez, who attended the rally. She said the license program has been her focus because it hasn’t been efficient, and with many needing to renew their licenses in 2017, the mere three offices that provide service to immigrants are likely to be even more overburdened.

She’s concerned and doesn’t know what to expect from a Trump presidency, but said she’s been active in advocating for pro-immigrant legislation well before the election. Overall, she wants people to understand that immigrants just want to keep their families together.

Renee Bernier attended the rally as well. She’s been an active advocate for environmental issues, but says she was compelled to stand in solidarity with the immigrant community after Trump’s election, which she sees as a severe threat.

Late in the rally, two young white men holding signs that read “Make America Great Again” joined the crowd, one wearing a “Hillary for Prison” shirt. The demonstrators paid little attention to them and kept the peace.