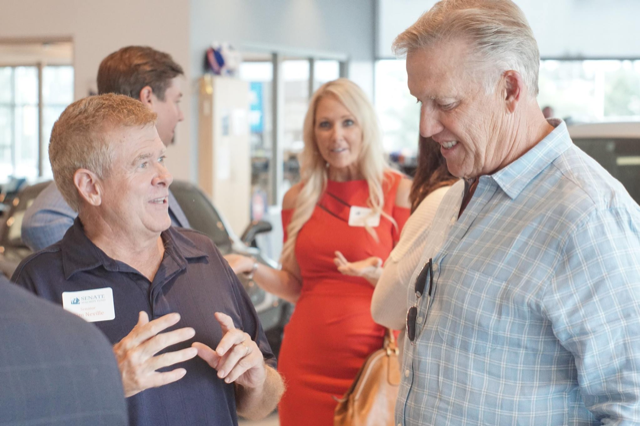 Former State Sen. Tim Neville (R-Littleton) blames his loss in November’s election, in part, on “some of the worst execution” he’s seen by fellow Republicans who ran separate campaigns in support of Neville.

Emphasizing that he did the “things a candidate can do,” Neville told KNUS Saturday that outside groups launched ineffective advertising and messaging campaigns, including mailers.

“It was extremely frustrating as a candidate to watch these [mailers] hit and have people call me and say, ‘Why are we getting all these mailers. They’ve got beauty shots of all your opponents on them. What’s going on?'” Neville told KNUS host Randy Corporon, saying it would have been illegal for him to tell the Senate Majority Fund and Colorado independent expenditure committees to bug off.

In addition to the Senate Majority Fund, the Colorado Economic Leadership Fund and the Colorado Republican Committee IE, among others, also spent money on Neville’s behalf.

Neville pointed to one mailed advertisement that was “apparently bankrolled by Colorado Concern, Mike Kopp’s group.” The deceptive mailer was paid for by an independent expenditure committee called the Business Opportunity Fund, with major money from Larry Mizel of MDC Holdings.

“It has a big picture, and it says Neville and Hickenlooper, working together for Colorado’s economy,” complained Neville on air, saying he got complaints that he was making it look like he was endorsed by Hickenlooper.

Neville contrasted the election work of Colorado Concern, the Senate Majority Fund, and other GOP groups with that of his son, Joseph Neville, who conducted independent campaigns (via Values First Colorado, Coloradans for Secure Borders and the Colorado Liberty PAC) in support of GOP candidates running for the state house.

“I’m definitely proud of Joseph, and what he did and what he does to help candidates–and to effectively do things,” said Tim Neville, also praising his other son, Colorado House Minority Leader Patrick Neville of Castle Rock, for “definitely fighting the good fight.”

Tim Neville, whose election loss helped Democrats take over Colorado state government, believes his campaign did everything it could do to win on the fundraising and mobilization side, saying he personally knocked on 18,000 doors, he said, and his campaign knocked on 25,000.

Neville did not reserve his criticism to fellow Republicans.

He was particularly upset at attacks from allies of Democrats that portrayed him as raking in big money from oil-and-gas interests, which also supported groups allied with Democrats.

“Those that know me know pretty much how we live and how hard we work and what we do and how we serve the community,” said Neville.

As for future elections, Neville said Republicans need to improve their ground game and make sure they know where their donations are going, “before they give money.”

Listen to Tim Neville on Wake Up With Randy Corporon Feb. 16