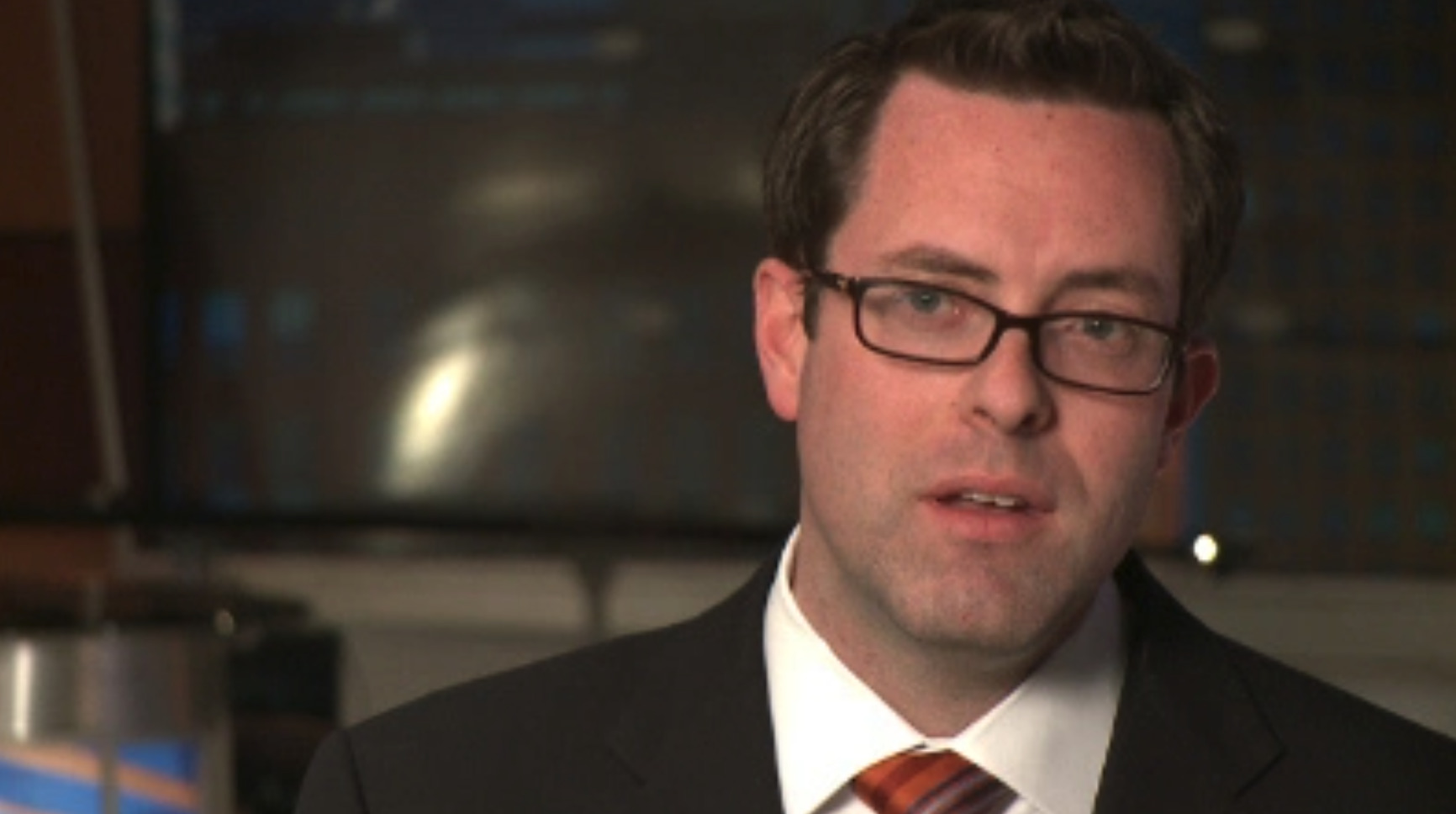 The former Colorado Republican Party chair accused of embezzling nearly $280,000 from a pro-Trump super PAC has denied wrongdoing in a new legal filing, claiming that the funds were transferred as legitimate payments for “consulting services” and that PAC officials were aware of the arrangement.

The allegations against Ryan Call, who served two terms as chair of the Colorado GOP between 2011 and 2015, were first disclosed in a disciplinary complaint filed against him last month by the Office of Attorney Regulation Counsel. The complaint alleges that between 2016 and 2019, Call “knowingly misappropriated” $278,169.45 in funds from Rebuilding America Now, a super PAC established to support former President Donald Trump’s 2016 campaign.

The allegations are the subject of an ongoing investigation by the Federal Election Commission, documents obtained by Newsline confirmed. While the OARC’s complaint describes Call’s actions as criminal theft, however, the allegations have not yet been the subject of any other civil or criminal proceeding to date, according to court records searches.

Neither Call nor his attorney responded to requests for comment. Call — who moved with to Utah in 2019, according to property records — has not made any public statements since the allegations were publicly disclosed in the OARC’s complaint, which was filed with Colorado’s presiding disciplinary judge in June. A Twitter account belonging to Call was deactivated after the allegations were first reported.

Chris Marston, a Rebuilding America Now representative who replaced Call as treasurer and filed the FEC complaint against him last year, declined to comment.

In Call’s response to the OARC’s disciplinary complaint, Call’s attorney, Nancy Cohen, provides a variety of explanations for the alleged $280,000 in “misappropriated” funds. Regarding several large payments that Call had falsely reported to the FEC as being made to his employer, the law firm Hale Westfall, the response claims that he accidentally failed to report the payee as himself “c/o” Hale Westfall. “His omission of ‘c/o’ was inadvertent and immaterial,” the response states.

A $10,000 payment Call made to himself in December 2016 is characterized as a “bonus for the election win,” similar to bonuses received by several other officers of the PAC. Call’s response admits that he entered into a $5,000-per-month consulting contract with RAN, signing the contract both as RAN’s treasurer and for himself in his personal capacity, but it claims that the contract was legitimate and that other individuals involved with RAN were aware of the contract.

“Respondent had lawful authority, explicit and implicit, to make payments to himself for the consulting work performed by him,” the response states. “Respondent provided consulting services that had value to RAN and it would be an unjust enrichment to RAN if RAN did not pay for those services.”

Jessica Yates, head of the Office of Attorney Regulation Counsel, told Newsline that her office’s investigation originated from a report made in May 2020 by Allan Hale, Call’s former partner at Hale Westfall. Hale confirmed that he had made the referral, pursuant to Colorado Bar Association rules that require the reporting of professional misconduct.

“These circumstances are very rare, in my experience,” Hale, who has practiced law in Colorado for more than 30 years, told Newsline in an interview. “The Office of Attorney Regulation (Counsel) is very capable of doing the investigation, and so that’s why — that’s what our job is, to turn it over to them. We’ve taken the steps that we thought were necessary to make the referral, and fire Ryan.”

‘All sorts of shady stuff’

Brendan Fischer, director of federal reform for the Campaign Legal Center, a campaign-finance watchdog group, told Newsline in an interview last month that there was “all sorts of shady stuff happening” with RAN during and after the 2016 election. The Campaign Legal Center filed an FEC complaint of its own against the group in 2016, and Fischer wrote about the group’s “dubious legal maneuvers” in 2019 after it was reported that RAN had come under scrutiny in special counsel Robert Mueller’s investigation of foreign interference in the 2016 election.

Several longtime allies of Trump 2016 campaign manager Paul Manafort occupied key positions at RAN, including its managing director, Laurance “Laury” Gay, a Connecticut lobbyist who formerly worked for Manafort and is godfather to one of his daughters, according to CNBC. In 2018, Manafort was convicted on eight counts of tax fraud and other charges in connection with Mueller’s investigation, serving time in prison before Trump pardoned him in December 2020.

During Manafort’s prosecution, federal investigators alleged that he had arranged for Gay and RAN to make a secret payment of $125,000 to Manafort’s attorneys, disguised as a RAN expenditure for media-buying services, according to CNBC. Separately, Gay and RAN had drawn scrutiny from the FEC for the improper reporting of over $42,000 in unitemized “travel expense reimbursements” in 2018, according to records.

Throughout this period, the OARC’s disciplinary complaint alleges, Call himself was embezzling nearly $280,000 through a variety of means, including falsely reporting Hale Westfall as the payee, withdrawing cash from a debit card tied to RAN’s accounts and his $5,000-per-month consulting contract. Questions over discrepancies in Call’s record-keeping for RAN first arose in 2019, and Marston and Cleta Mitchell, a veteran GOP elections lawyer retained by the PAC, began pressing Call and Hale Westfall for explanations.

In his response to the OARC’s complaint this week, Call’s attorney writes that Call “affirmatively states that Ms. Mitchell and others were aware of the consulting fees being paid to him.”

That differs, however, from the explanation that Call provided shortly after the discrepancies were discovered in 2019, according to a letter from attorney Richard Westfall to Mitchell one month after Hale Westfall had terminated Call. “Mr. Call said that he did not believe you were aware of this document but he did believe that Mr. Gay was aware of and had approved it,” Westfall wrote to Mitchell in a letter dated September 9, 2019.

The letter, along with a copy of RAN’s FEC complaint against Call and Hale Westfall and other documents, was provided to Newsline by a source close to the OARC’s investigation of Call who requested anonymity.

In a statement to Newsline issued through a RAN representative, Mitchell said: “Neither I nor others with responsibility for RAN were aware of or approved payments made or to be made to Mr. Call apart from the payments agreed to under the engagement letter between RAN and Hale Westfall. All other payments made by Mr. Call to himself were unauthorized.”

Westfall’s letter to Mitchell also contains, as an exhibit, a copy of the contract that Call purportedly entered into with RAN in 2017, awarding him a monthly fee of $5,000. Call signed the contract for both parties; the contract includes a space for Gay’s signature, but no signature appears.

“Consultant’s Services will be to assist Laurance ‘Laury’ Gay, the PAC’s general political consultant, and Christina Culver, the PAC’s finance director, in connection with political strategy consulting and fundraising support and assistance, as directed,” the contract states.

Gay did not respond to a request for comment.

Marston and RAN filed their May 2020 FEC complaint against both Call and Hale Westfall, but the latter was notified last month that the agency found “no reason to believe” that the firm violated federal law and has “closed its file in this matter as it pertains to Hale Westfall,” according to a letter from the FEC obtained by Newsline. The FEC’s letter states “this matter is still open with respect to other respondents.” Call is the only other respondent named in the FEC complaint.

Given the OARC’s disciplinary complaint and the FEC’s investigation, the apparent absence to date of formal civil or criminal court proceedings against Call has puzzled many observers.

“There were some referrals made by the Mueller team to other federal prosecutors,” the Campaign Legal Center’s Fischer told Newsline. “I don’t know if there were any pertaining to Rebuilding America Now, but certainly it seemed like Mueller gathered a lot of evidence about Rebuilding America Now that potentially could make for either civil or criminal charges.”

Call’s response to the OARC concludes by stating that he “asserts the Fifth Amendment to the extent that the People are claiming that Respondent engaged in criminal activity.”

Yates, the attorney regulation counsel, told Newsline in an interview that her office could not confirm whether criminal proceedings against Call had been initiated but said that it had received indications that “the Department of Justice is looking at this matter.”

“That is based on information that was provided to us by Mr. Call’s counsel,” Yates said. “However, when we asked for more details, they were unable to provide any of those details.”

The Department of Justice’s Public Integrity Section, which typically handles investigations into federal election crimes, did not return a voicemail seeking comment Thursday.

“It’s possible we’ll know more about any parallel criminal proceedings soon — maybe as a result of the media coverage,” Yates said. “When we filed the complaint with the Presiding Disciplinary Judge, we were unaware of any official criminal investigation, but that doesn’t mean there wasn’t one.”

This story was originally published in Colorado Newsline.