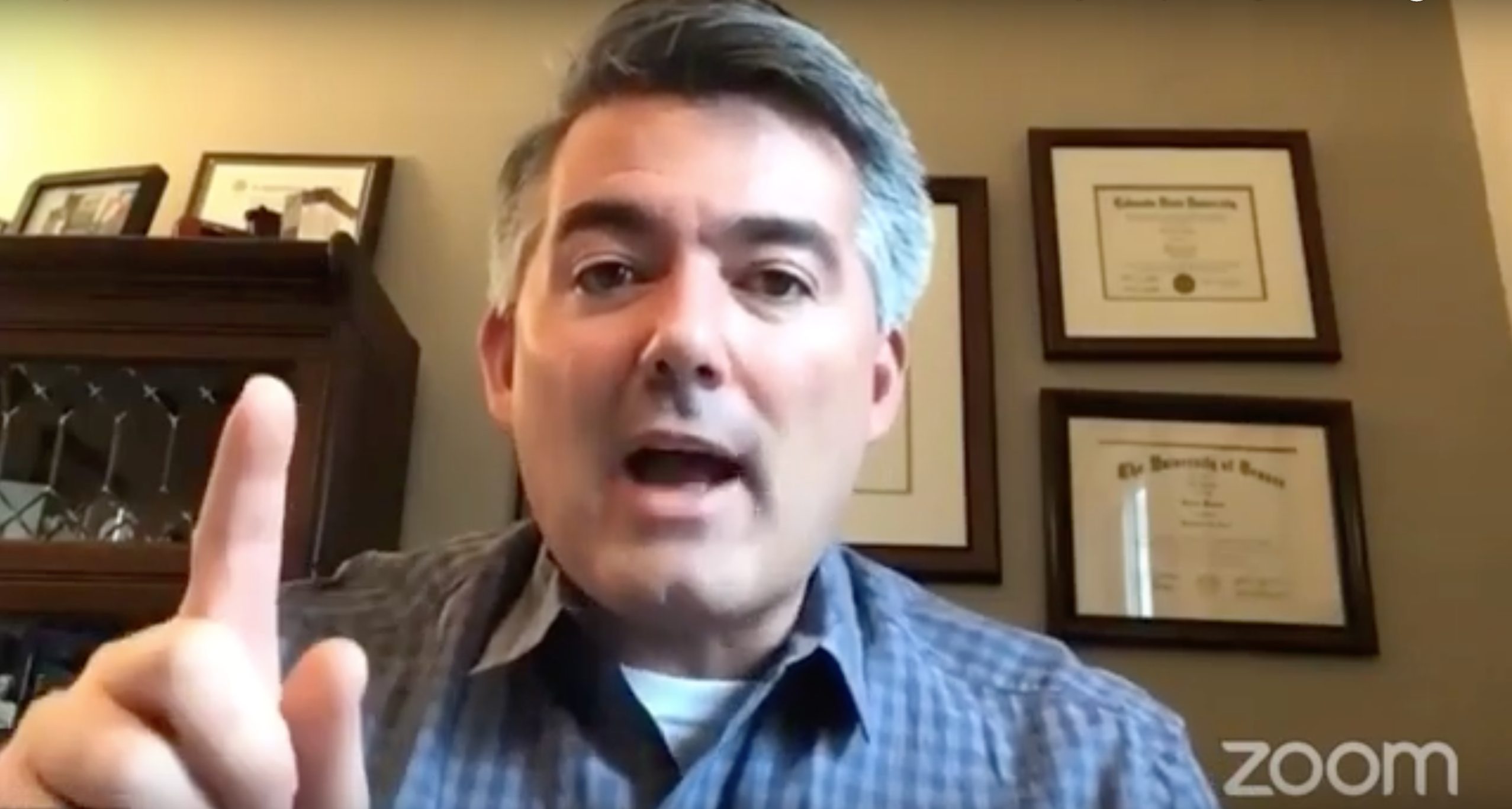 Gardner has been unwilling to criticize President Trump’s increasingly extreme behavior. Just this week he dodged questions from local and national news outlets about the President’s decision to gas peaceful protestors in D.C.’s Lafayette Park.

During an April 27 virtual campaign event (below), however, he repeated misleading allegations against his political opponent, calling them “pretty sick,” and saying the campaign would be about the “kind of person” Coloradans will elect.

“We’re gonna talk about things they’ve done” Gardner began. “For instance, I don’t know if anybody knows this about John Hickenlooper, but you know he was accepting gifts from billionaires to fly around on private jets all over the globe and not reimbursing them in violation of state constitution. Then when he got caught red-handed he paid for his own defense attorney out of a post-911 recovery fund–to pay for his attorney for violating state ethics laws. Then he liked that fund that slush funds so much that he decided that he would build and pay for a website for his presidential campaign out of the post-9/11 recovery fund.”

Then Gardner made the attack personal. “It’s pretty sick and everybody Colorado is gonna know what he did. We’ll make sure that we talk about our results and make sure what kind of a person that they’re electing.”

Gardner introduced the attack as though it’s new information, instead of a two-year-old political opposition project amplified by another dark-money group’s half-million-dollar television and digital ad campaign.

He goes on to repeat the same mischaracterizations and misleading statements that Unite For Colorado made in its ads earlier this spring. Among those is the fact that the attorney isn’t Hickenlooper’s “own defense attorney,” but rather a special assistant attorney general appointed by a Republican (then-Attorney General Cynthia Coffman) to represent the office of the Governor of Colorado. The Colorado Times Recorder reported extensively on the details of these claims.

A voicemail requesting comment from the Gardner campaign was not immediately returned.

Gardner is the subject of two ethics complaints himself. State Rep. Tom Sullivan (D-Centennial) filed a complaint on April 8 following news reports of Gardner’s appearance at an ultra-exclusive Krug champagne party at the Palm Beach mansion of billionaire couple John and Amy Phelan.

The Phelans, who also own a home in Aspen, are six-figure donors to the National Republican Senatorial Committee, which Gardner led for the 2018 election cycle. After Gardner’s appearance at the “decadent banquet” became public, the campaign told the Denver Post, “in compliance with Federal Election Commission regulations, the Gardner campaign paid for Senator Gardner’s attendance at the event.”

Senators are not permitted to use images or recordings of official business for political purposes. Gardner’s spokesperson dismissed the complaint in an email to Colorado Politics, arguing that as the video was already rebroadcast by local news, it was no longer “official footage subject to regulation.”