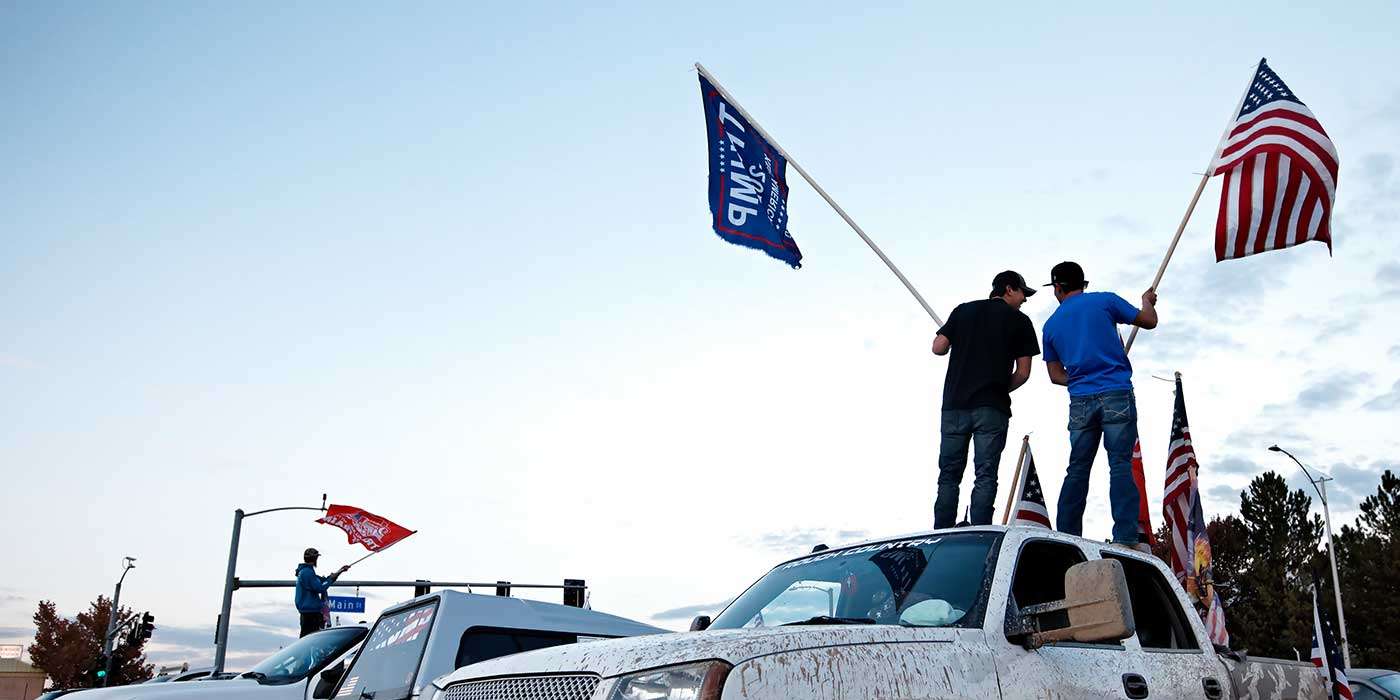 “The election of 2020 will go down as the most questioned election in our country’s history,” wrote Danny Moore, the chair of the new Colorado Independent Congressional Redistricting Commission, on Facebook. That’s just one example of this conspiracy theorist’s habit of spreading misinformation about the election, COVID-19, and other topics.

In other words, one of the state officials in charge of ensuring fairness in future elections believes the lie that the last election wasn’t fair.

Does he belong on the commission? Of course not.

Can he be removed? Probably not, unless he resigns, which he should.

Is his selection an indictment of the untried commission, which was touted as a national model of redistricting reform but now is subject to questions about its design? Let’s get into that.

Every 10 years the state undertakes the task of drawing new boundaries of districts for members of Congress and the Colorado Legislature. In 2018, Coloradans voted to implement two amendments — Y and Z — that reformed the way the state conducts this high-stakes process.

The amendments created two independent commissions — each with 12 members, one for congressional districts, the other for legislative districts — charged with redrawing the state’s political maps in a way that focuses on fairness and minimizes gerrymandering. The amendments were referred to the ballot with unanimous, bipartisan support in the Legislature, and voters adopted them with 71% majorities. (The work of the commissions is complicated due to delays in the release of census data, but they are proceeding with their work despite constitutional deadlines likely to be missed.)

The method of selecting members was designed so that the commissions achieved political, geographic, gender, and social balance, and a good measure of luck was thrown in. Most Colorado voters who weren’t lobbyists or public or party office-holders were eligible to apply. The initial pool of applicants was randomly reduced to a smaller pool. Then a panel of retired judges vetted the applicants to designate 50-candidate Republican, Democratic and unaffiliated pools, and from these, the commission members were chosen by lot.

It was in the vetting stage that the judges missed an opportunity to jettison Moore’s application. The Constitution actually demanded it — the judges were supposed to choose applicants who exhibited “relevant analytical skills, the ability to be impartial, and the ability to promote consensus on the commission.”

Does that sound like a candidate such as Moore, who called the 2020 election “the Democrat steal”? Who said former President Donald Trump received more votes than President Joe Biden? Who said mail-in ballots can’t be trusted? Who referred to the coronavirus as the “Chinese Wuhan virus”?

The judges likely did not inspect the social media presence of the hundreds of applicants they reviewed. But that doesn’t mean the commissions’ design is flawed. The system failure that allowed an unqualified applicant to win a seat on the congressional commission was operational, not inherent.

In fact, any redistricting system in 2021 that pursues the just goal of political inclusivity is up against the almost insurmountable obstacle of MAGA madness. As many as 3 in 4 Republicans across the country believe the election was stolen from Trump. In the recent race for Colorado GOP chair, 4 of the 5 candidates voiced some version of the erroneous view that the election was fraudulent — and one of the four now has the top state party job. It’s harder to find Republicans who believe truths rather than lies about Biden’s win, so Moore is hardly an outlier. The system failure in this sense is, again, operational, and it is an indictment not of the commissions but of an entire civic ecosystem gone berserk. How could the Y and Z amendment writers have anticipated delusion on a scale of tens of millions of Americans?

But here’s the more important question — if Colorado voters could have anticipated today’s Moore-like lunacy, would they have wanted to stick with the status quo? Not a chance. Not if transparency and structural fairness are worth elevating.

Here’s what the old system looked like: State House and Senate districts were drawn by a reapportionment commission whose members were mostly chosen by politicians, congressional districts were drawn by politicians in the Legislature, and public participation and fairness were not exactly the highest priorities. And you want to see system failure? In 2011, partisanship in the Legislature so doomed the whole redistricting project that the Colorado Supreme Court had to step in to complete the process.

The values of transparency and public participation are central to Amendments Y and Z, and exposure of Moore as unfit for his position in fact is a sign that transparency is functioning as planned. Members of the public are guaranteed a seat at the table throughout the map-drawing process, and the commissions and their members are subject to Colorado open meetings laws.

So long as the public exercises its rights as redistricting participants, any misbehavior by Moore, or other commission officials, will at least be exposed to the moderating influence of sunshine.

This piece was originally published at Colorado Newsline.