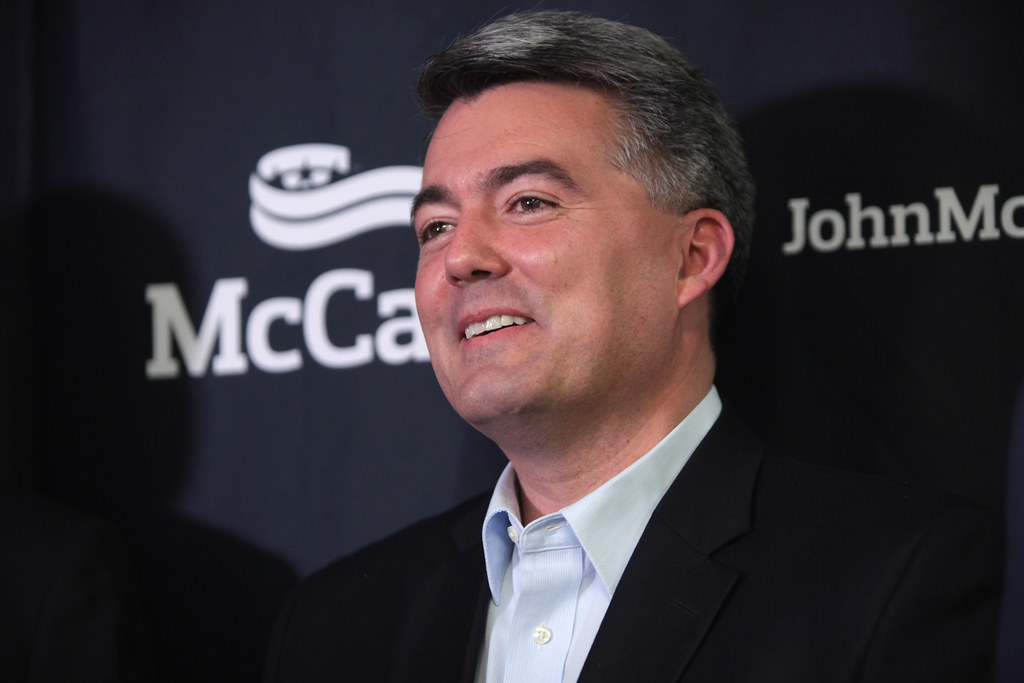 As the U.S. Senate prepares to take a vote on whether to confirm President Donald Trump’s Supreme Court nominee just over a week before the Nov. 3 election, advocates for reproductive rights are making their final pleas to senators to delay the process.

In a full-page ad taken out in yesterday’s Denver Post, Planned Parenthood attempted to grab the attention of Colorado’s Republican Senator Cory Gardner. Their message: stand with Coloradans who need COVID-19 relief now rather than confirming Judge Amy Coney Barrett and putting Coloradan’s access to healthcare at risk.

“With over 85,000 Coloradans diagnosed with COVID-19, our leaders
should be focused on the relief we desperately need, not filling
a Supreme Court seat,” the ad reads. “Amy Coney Barrett’s record makes it clear that access to health care, protections for people with pre-existing
conditions, and access to abortion are at risk.”

Barrett is poised to solidify a 6-3 conservative majority on the court following Justice Ruth Bader Ginsburg’s death last month, putting the future of abortion access on thin ice. Barrett’s judicial record shows her clear contempt for abortion, which she wrote is “always immoral” in one court opinion. She even signed a letter calling for Roe v. Wade to be overturned and referring to the decision as “barbaric.”

RELATED: “IVF Is Personal For Me. That’s Why I Hope Gardner Changes His Mind on Amy Coney Barrett.“

The ad urges readers to call Gardner and tell him to stop the confirmation process, and features pleas from three Coloradans, two of whom have had abortions and one service industry worker who stresses the need for COVID-19 relief:

“When I was serving in the U.S. Marine Corps, I became pregnant,” reads a quote from Alex from Lakewood. “I still had nearly a year left in my contract and was working with hazardous materials, and had nobody to support me. I chose to have an abortion. I fought for my country. Senator Gardner is rushing to fill this Supreme Court vacancy — putting our health, our rights, and our freedom on the line. This nomination must be stopped.”

Gardner, who is up for re-election in just over a week, has said he plans to vote to confirm Barrett despite the widespread opposition to the GOP’s rush to replace Justice Ginsburg. Gardner opposed replacing Justice Antonin Scalia after he died in February of 2016 because it was too close to the election.

“I am confident that Judge Barrett is a highly qualified jurist who has thought deeply about the Constitution, the role of precedent in judicial interpretation, and the importance of judges following the law as written rather than legislating from the bench,” Gardner said in a statement after he met with Barrett late last month.

Gardner has built his political career on opposition to abortion, and since Trump was elected has voted to confirm the president’s most extreme anti-choice judicial appointees.

Activists in Colorado say they’re not expecting Gardner to change his mind about Barrett, but that they’re continuing to pressure the senator anyways and remind him that many Coloradans are currently voting to replace him.

Kate Brooks, an organizer with the #Fight4HER campaign in Colorado, said many of their volunteers, including younger volunteers who will be voting for the first time, were activated by Ginsburg’s passing and are getting involved to protect reproductive rights.

“Youth voters know that this is such an important election and want to get involved,” Brooks said, adding they’ve been busy phone banking for Gardner’s Democratic opponent John Hickenlooper and encouraging people to call Gardner and tell him not to move forward with Barrett’s confirmation.

The Senate is expected to vote on Barrett’s confirmation to the Supreme Court later today.