Is Pokemon Go An Alt-Right Recruiting Tool In Colorado? 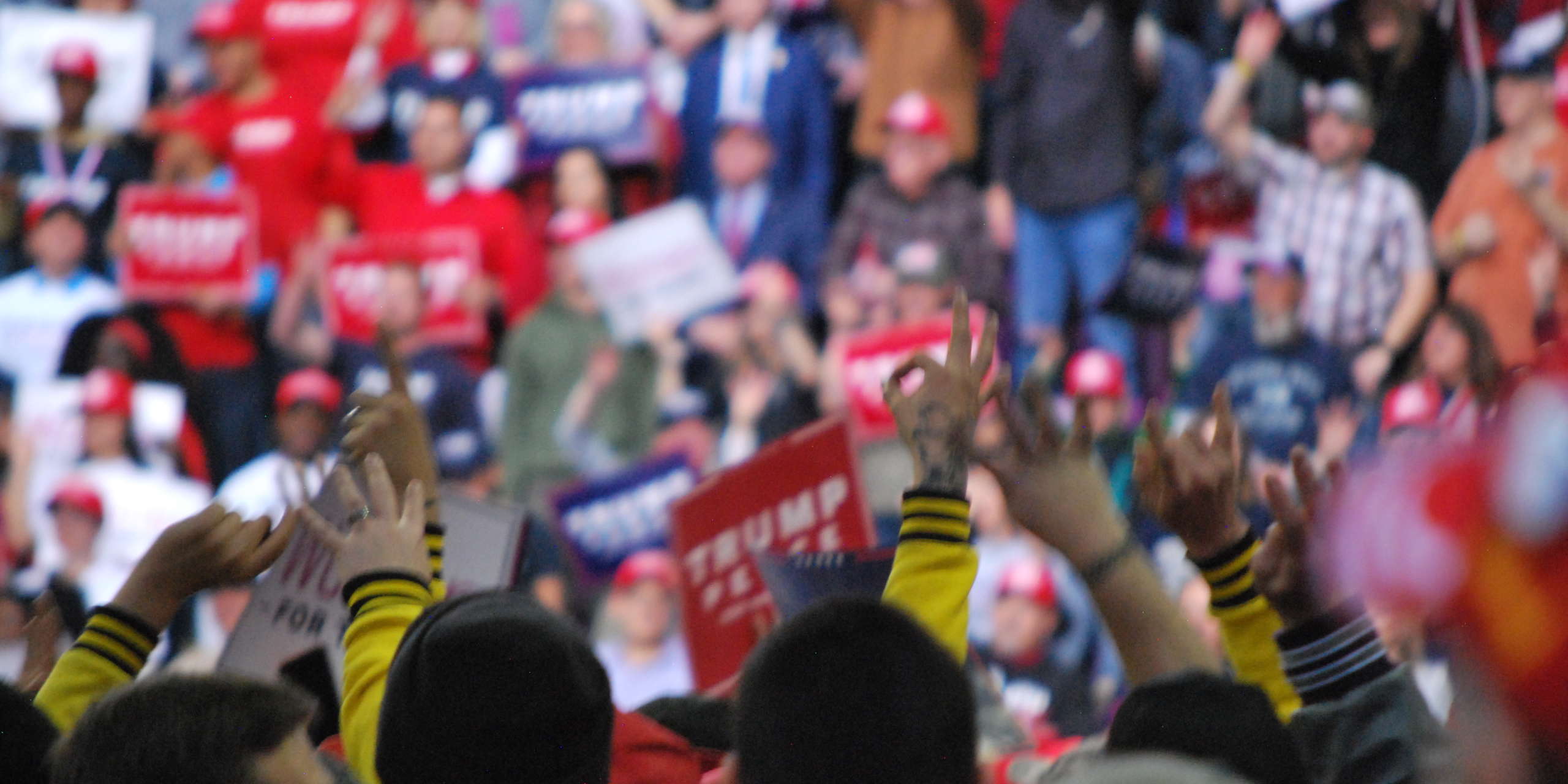 On Dec. 18 amid a Washington D.C. protest by the Proud Boys lamenting the election of Joe Biden, one picture floated across my Twitter feed that jumped out at me. In it, one of the Proud Boys wore a black shirt with yellow logo featuring an Eagle carrying a fasces battle axe, and the letters “6MWE” emblazoned above it, also in yellow — matching the color scheme favored by the Proud Boys. As to the message? It stands for “6 Million Wasn’t Enough.”

The number of Jews murdered in the attempted genocide of the Holocaust was 6 million.

The Proud Boys are active in Colorado, but they aren’t the only hate group here in the Centennial State. Less than two weeks prior, a Neo-Nazi group peppered some residences in Broomfield and Westminster with recruitment flyers crudely jammed into ziplock bags, ostensibly to keep them dry. The front of the bag read, “I’m Dreaming of a White Christmas,” and featured a swastika and a “White Pride World Wide” logo on it, along with the URL for their website and a phone number to call (we’ve chosen to obscure contact information and the name of the organization so as to not assist them in their endeavor).

When I first sought out the website after those flyers had been shared a few weeks ago, it had already been removed and the phone number was disconnected. Today, the site is back up, and the phone number active. I called it. A man answered. I identified myself as a columnist for the Colorado Times Recorder and asked to discuss the flyer with him.

“Let me have my president give you a call right back,” he said. An hour later, my phone rang. On the other end was a man who identified himself as Ronald Murray, the president of this particular group of self-described “National Socialists.”

“What we wish to achieve is to once again re-establish the United States as a ‘white’ country,” Murray said, after I asked him to explain his platform in detail. “… and to bring white culture back to our people and to rid our people of having to continuously participate in the misgotten (sic) idea of immigration.”

“How do you see that actually coming to pass, from a practical standpoint, when it comes to the United States as it stands now?” I asked.

“Well, the only way for that to come to pass is the United States has to put itself through another revolution… Just like we had the American Revolution that separated us from the tyrancy (sic) of Great Britain. We need to have (another) revolution in this country.”

For the next almost-90 minutes, I had the longest conversation of my life with a neo-Nazi. It was a fascinating — if disturbing — experience to engage in discourse with a man who’d likely just as sure see me dead, given the chance.

“If you were alive during the Holocaust,” I asked at one point, “which side would you have been fighting for?”

“Germany, no question,” was his immediate response.

Over the course of our conversation, Murray discussed his beliefs with a calm and controlled demeanor. There was no ranting, no raving, and he made a point to apologize for his one use of profanity. It was clear his intention was to present as reasonable and educated a stance as he possibly could. Never mind that the actual content of his argument was lacking in both. Indeed, he even had me chuckling at one point when he went into a diatribe about the the KKK.

“I don’t like the Klan — they’re a bunch of retarded hillbilly inbreds who destroy any promotional aspects to the white race — they participate in degenerate behaviors,” he said. The underlying theme is clear: though they may hate the same people, not all hate groups are created equal.

His group is but one of myriad factions of white supremacist and neo-Nazi ideology in the United States — the Southern Poverty Law Center estimated 200 such organizations operating in the U.S. in their 2017 report. Since then that number’s only grown. Murray represents one such group that didn’t exist when that report was written, for example.

And they’re all recruiting. In the Murray’s case, he’s recruiting with an endgame in mind. When I asked him when he envisions his desired revolution taking place, the answer was startling in its immediacy: “Anywhere from six months to a year, given how things are going now.”

The propaganda is where it starts.

The flier drops are the lion’s share of work he and his organization are doing. “Every chapter is required to drop 400 fliers a week,” Murray says. “But some — like mine in Texas — drop thousands every month.”

In the nine months since their inception, Murray estimates his organization has amassed 10,000 members — more than 100 in Colorado since a “chapter” was established here last summer.

From 2019 to 2020, the Anti-Defamation League reported 61 instances of white supremacist propaganda appearing in Colorado, putting it in third place in the United States, trailing only California and Texas. In 2018, the number was 72. And in 2016? Just three.

“Nationwide, white supremacist propaganda distribution more than doubled in 2019 over the previous year,” according to the report published by the Mountain States Regional division of the ADL, “…making it the highest year on record for such activity in the United States, according to data released earlier this year by ADL’s Center on Extremism. A total of 2,713 cases of literature distribution – an average of more than seven per day – were reported nationwide, compared to 1,214 in 2018. The data shows a substantial increase of incidents both on and off college campuses.”

This report came on the heels of a busy weekend for the brownshirted faithful in the Centennial State. On Dec. 5, white supremacists tagged up Roswell Park in Colorado Springs with anti-Jewish, anti-Black and anti-LGTBQ graffiti, including “KKK” and swastikas. (Murray says his organization had nothing to do with the vandalism. “We will not be effective in our cause from inside a jail cell.”) The next day, the flyers for Murray’s organization appeared up north in Westminster and Broomfield… Just a few days prior to the start of Hanukkah.

The 8-day-long Festival of Lights celebrates the recovery of the Jerusalem and the rededication of the Second Temple by the Maccabee army, which defeated the larger Syrian forces occupying it back in the 2nd Century BCE. It’s a fitting reminder to all — we’re used to being the underdog.

The propaganda is problematic. The vandalism is abhorrent — and it’s often just the warning of more violence to follow. According to the ADL’s Heat Map, Colorado has already seen 180 incidents of extremism in the last year, not including what’s occurred in December. The year before that, the number was 115.

The far-right continue to entrench themselves in a mud bog of conspiracy and insanity. If you’ve spent any time on Parler, their newest social platform for hate, you’d see the cesspool they swim in. And in their soil-and-iron-clad echo chamber is an unending parade of anti-Semitic content. Memes, cartoons, Holocaust imagery… its ugliness is profound and indelible.

As we watch far-right groups grow angrier and more emboldened in the face of increasing economic strife, a pandemic that’s far from over, and a figurehead hell bent on destroying the republic rather than admit any hint of defeat, it becomes clear: Regardless of Trump’s failed bid for a second term…