Sen. Randy Baumgardner jokes about domestic violence on his way out of office after #MeToo allegations

by
Madeleine Schmidt
posted on
December 21, 2018

Colorado State Sen. Randy Baumgardner (R-Sulphur Springs), who’s been the subject of multiple allegations of sexual harassment and this week announced he’d resign from office, shared a comic on Facebook that jokes about domestic violence. 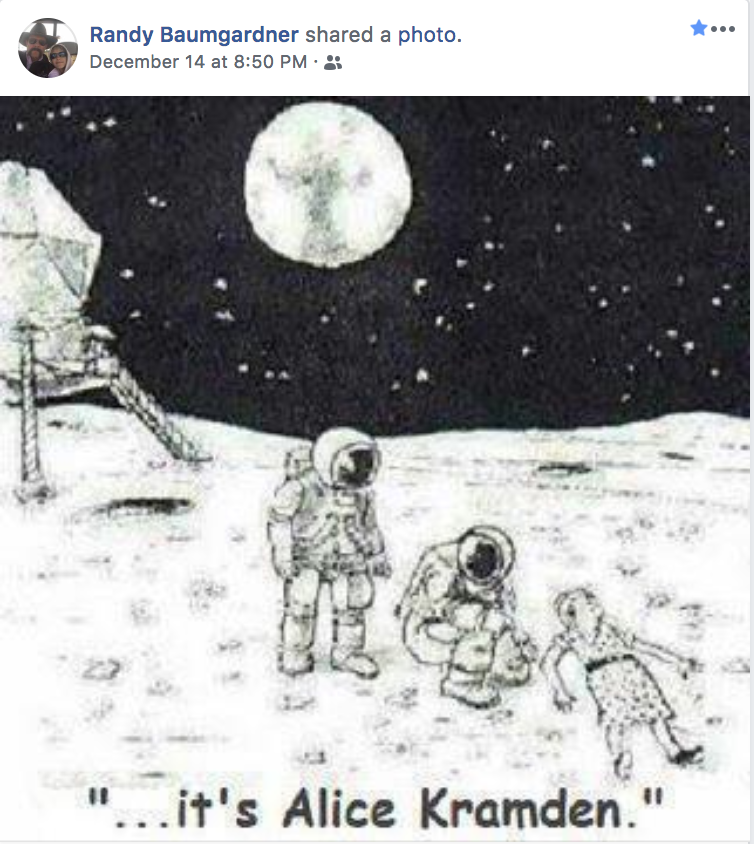 The comic, which Baumgardner shared just days before his resignation, references the ’50s sitcom The Honeymooners, in which husband-wife duo Ralph and Alice Kramden would often get into arguments that led to Ralph making threats of violence against his wife.

“One of these days… one of these days,” Ralph Kramden would say, making a fist at Alice, “you’re going to the moon!” Or, less subtly, “POW, right in the kisser!”

This was likely considered by most to be a harmless joke in the ’50s, but in the #MeToo era, such “jokes” are widely recognized as something far more sinister — an attitude of indifference, or even joviality, regarding violence against women.

Baumgardner has found himself at the center of several sexual harassment allegations, which nearly led to his expulsion from the Senate during this year’s legislative session.

A third party investigation found the allegations credible and that Baumgardner “more likely than not” grabbed and slapped the buttocks of a legislative aide.

Now that Democrats hold a majority in the Senate, however, he’d be unlikely to survive an expulsion vote.

Baumgardner announced his resignation Monday in a letter to the Secretary of the Senate, saying that his decision came out of concern for his family.

“During my time under the Golden Dome, I’ve learned many lessons, with none being as important as to always put your family first,” he wrote. “My family’s resilience and love have given me the grace to continue forward under the most difficult of circumstances, and in light of new opportunities, I must put them first in order to fulfill my obligations as a father and as a husband.”

He will leave office Jan 21.