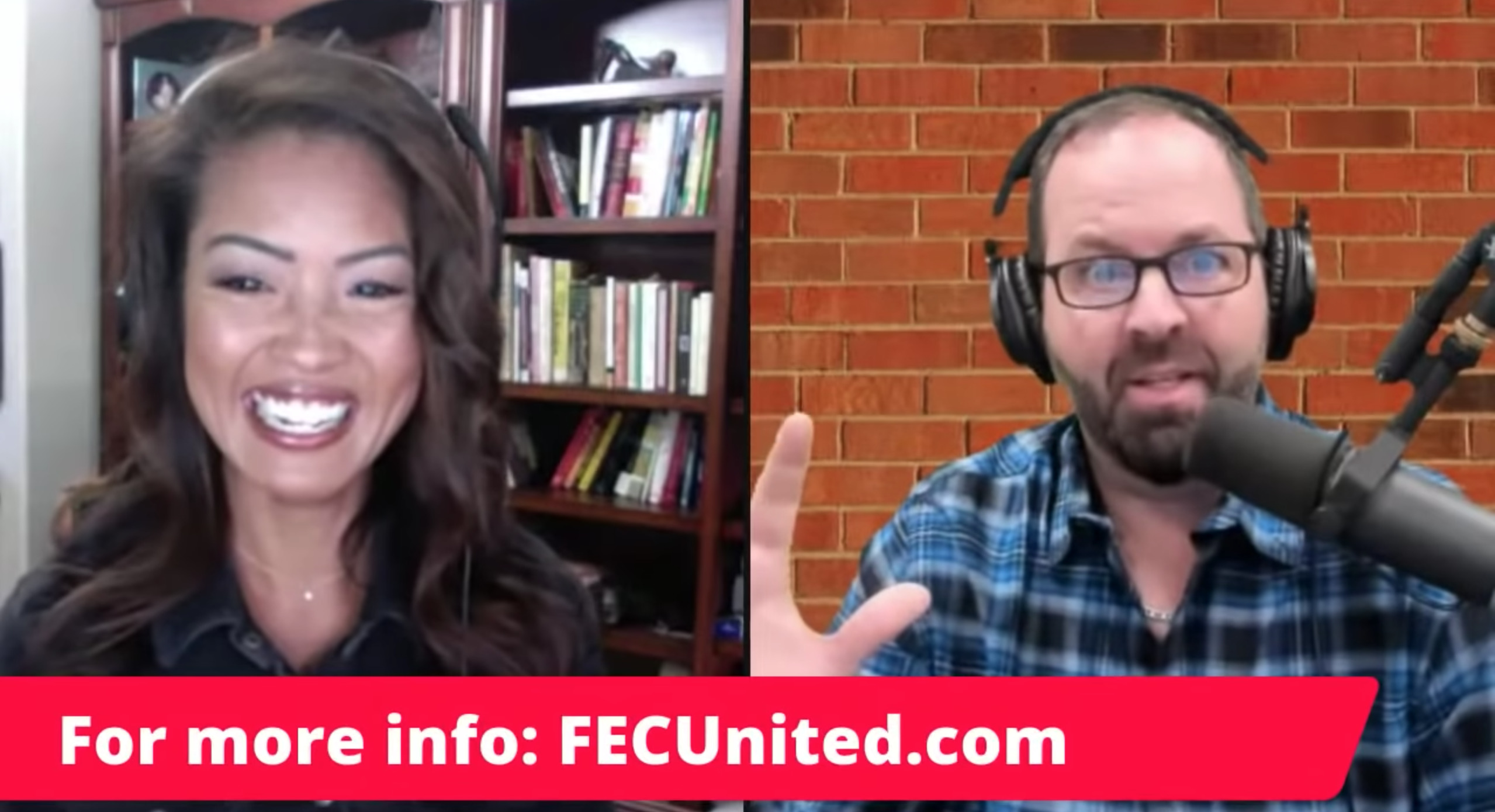 Angered by the Colorado Times Recorder and other outlets’ reporting on his group FEC United, businessman-turned-conservative-activist Joe Oltmann went hunting for proof that several Colorado journalists–including this one–are members of Antifa. During the course of his research, Oltmann insists, he found evidence that a top executive at one of the largest voting equipment companies in the nation rigged the presidential election.

Oltmann hasn’t produced any of his proof publicly, but his doxxing of the Colorado man and his numerous appearances on right-wing media has produced something of note: multiple lawsuits.

To hear Joe Oltmann tell it, he didn’t go looking for evidence of his Dominion Voting conspiracy theory; he was on a hunt for “Antifa journalists.”

What prompted Oltmann’s quest to expose these supposed far-left members of the press he believes are conspiring with black-clad anarchists?

According to Oltmann himself, it was at least in part the Colorado Times Recorder’s reporting on his group FEC United that led him down the Dominion rabbit hole.

Oltmann first shared his theory on the Nov. 9 episode of his Conservative Daily podcast. Two days later his co-host asked him to summarize his “discovery” of the Dominion Voting Systems employee that he has subsequently accused of rigging the presidential election.

Truth be told I started [FEC United] and so…we had articles that were written about leadership at FEC by Antifa journalists right? People that are involved in Our Revolution which basically wants to–as Kris Jacks says he wants to basically kill people in the street behead people in the street–I mean I kid you not that’s what he said.

So as we’re going through this process I started seeing all these things were written by these activists. They’re not journalists; they’re activists. And so I just started doing research. Obviously, I’m involved in data and researching to find out Antifa members. I wanted to de-mask Antifa members in our society that were walking amongst us with the idea that they wanted to behead or harm other Americans.

So I got access to a phone call and inside of this call there was someone on that call that’s that called themselves Eric, right? Actually, somebody else called them Eric and somebody asked who Eric was and they said, well you know Eric’s a Dominion guy. So as we were walking through this process I didn’t think twice about it because I wasn’t looking for him. Obviously, I did research on him and found out he works for Dominion Voting Systems.

Oltmann goes on to say he didn’t think much of it at the time because he was focused on finding “Antifa journalists.” It wasn’t until he heard from a friend about Dominion Voting’s widespread use that Oltmann says he “put it all together” and started reaching out to the Department of Justice.

The timing of his epiphany matches with the far-right outlets OANN and Gateway Pundit reporting on so-called vote-counting glitches in states using Dominion Voting machines, claims which by Nov. 11 had already been debunked by the New York Times. That fact-checking went unnoticed not only by both Oltmann but also President Trump, apparently, who tweeted the OAN conspiracy theory on Nov. 12.

Here’s Oltmann explaining his “realization” to his podcast co-host:

“I found out he’s a major shareholder in Dominion Voting Systems then I found out he owns the patents that they’re using in these machines then I start reading more about what he does in the RFP and I put it all together and I’m like, ‘this guy hates Trump, he hates everything about people who believe in Trump, and he actually has his finger on the scale of our country.’

So then we put out this entire deal. I started reaching out to the [Department of Justice] DOJ and different other places talking about Dr. Eric Coomer and who he is and I provided all that information. And frankly I’m not going to tell you any more about what has gone on or where we’re at with this, but I will tell you that as the more information I’m putting out there and that we’re putting out there –not just me but others are putting out there– the more wide open this is.

Oltmann may have been communicating with DOJ officials, but they weren’t the only ones he was talking to. He repeated his explanation of how he came began “researching” Eric Coomer during a Nov. 13 appearance on alt-right pundit Michelle Malkin’s podcast.

“So these journalists started attacking me they started attacking John ‘Tig’ Tiegen who obviously is an American hero and you know basically slandering him everywhere and so I wanted to know why like why would journalists actually come after someone as significant as Tig in this environment so I set out to uncover Antifa within the journalist community so that’s how it actually started that was and that’s where this journey started.”

Oltmann’s evidence of Coomer’s supposed malfeasance appears to be based entirely on anti-Trump posts Oltmann claims to have seen on Coomer’s Facebook page.

Coomer eventually had to move his family into hiding following multiple death threats. On Dec. 22, he sued the Trump campaign, Oltmann, Gateway pundit, and others for defamation.

The complaint cites the first two stories I wrote about FEC United and its militia, the United American Defense Force. FEC held a “Patriot Muster” event in Denver’s Civic Center Park that turned deadly when a security guard hired to guard a 9News reporter shot a rallygoer after the man hit and pepper sprayed him. I detailed the group’s close ties to the Colorado Republican party, as well as Oltmann’s experience running Conservative Daily, a decade-old hyper-partisan conspiracy site that pushes a mix of real and fake news stories to subscribers and asks them to take action… by paying Oltmann’s company to send faxes to elected officials on their behalf.

In an interview with the New York Times earlier this week, Dominion Voting System CEO John Poulos explained that part of the purpose of its lawsuit against Trump attorney Sidney Powell:

“One of the goals of our legal action is to really understand where the impetus behind these lies originated from, how they developed and how they were conspicuously amplified and broadcast through a variety of media platforms, ultimately to create unrest in a vast part of the population, said Poulos. “It’s had an untold effect financially and emotionally on the company and our employees. And getting to the bottom of that is a very important goal of our action.”

Oltmann, who has blocked this reporter on Facebook, did not immediately respond to an email request for comment. This article will be updated with any response received.

In reporting that first story on FEC, I reached out to Oltmann via Facebook messenger for comment. He initially declined, but then responded to my follow-up question and we conducted a very polite conversation. When I identified myself as a progressive journalist he asked me point blank: “Do you support Antifa?”

“I mean I’m a registered Democrat who has generally liberal political views, I replied. “I support everyone’s right to peacefully express their views in public.”

Ultimately we exchanged numerous messages prior to and after publication of my piece, at which point he was clearly upset at my characterization of both FEC United and Conservative Daily. He informed me that he had “just approved a lawsuit against [me] personally.”

Three months later, there is still no lawsuit against me, but there’s one against him.

Oltmann: Like I said before I was looking for Antifa journalists. I was, right? They had defamed me, they had done things to try and dox me and go after me personally right because I started FEC United because God forbid someone stand up for businesses and families inside the community. God forbid someone stand up for churches…So I started an organization because my businesses and my friends were burning down around me… I started FEC United right back in late September–

Max: So you start recognizing Antifa involvement and you start investigating them?

Oltmann: Yeah and it wasn’t like I was looking for Eric Coomer. I didn’t even know who Eric Coomer was after I wrote down his information, even after I went and got information on him. But I had conversations with other people at that time saying, hey you guys you need to know about this guy and it turns out –ooh I don’t want to let this one out of the bag– but turns out that there were some some things that came up that were you know just weird coincidences, right? I’ll put it that way.

Oltmann: So we had a meeting on October 15th and i called out on video at that meeting i said look we have infiltrated Antifa. I said it –on video– long before the election. I didn’t know anything about the election and i said we have discovered Antifa journalists here they’re not journalists they’re antifa and by the way Antifa does not mean anti-fascist, it means fascist it means racist it means pedophiles. That’s what it means and if I’m wrong then why is every time they arrest someone at an Antifa deal they’re sex offenders? Tell me tell me how that just happens to happen that that you know that when uh that person in Wisconsin shot those people that one–

Max: Yeah they all they all seem to have some kind of record.

Oltmann: Massive criminal records! So you have a bunch of criminals going to the street to say I want change because I don’t want accountability. So anyway I did that on the 15th, on the 16th they posted something saying Joe said he’s going to go after journalists, which is not what I said I said I’m going after Antifa journalist i’m going to make sure that everyone knows who they are–

Max: –that BS journalist right? It’s fun it’s amazing how that Colorado Recorder whatever it is how she got dragged into that.

Oltmann: Yeah so that happened on the 15th. I didn’t know anything about Eric Coomer. I didn’t even know Dominion Voting Systems was a thing- it’s not like I was I was actually looking for him.