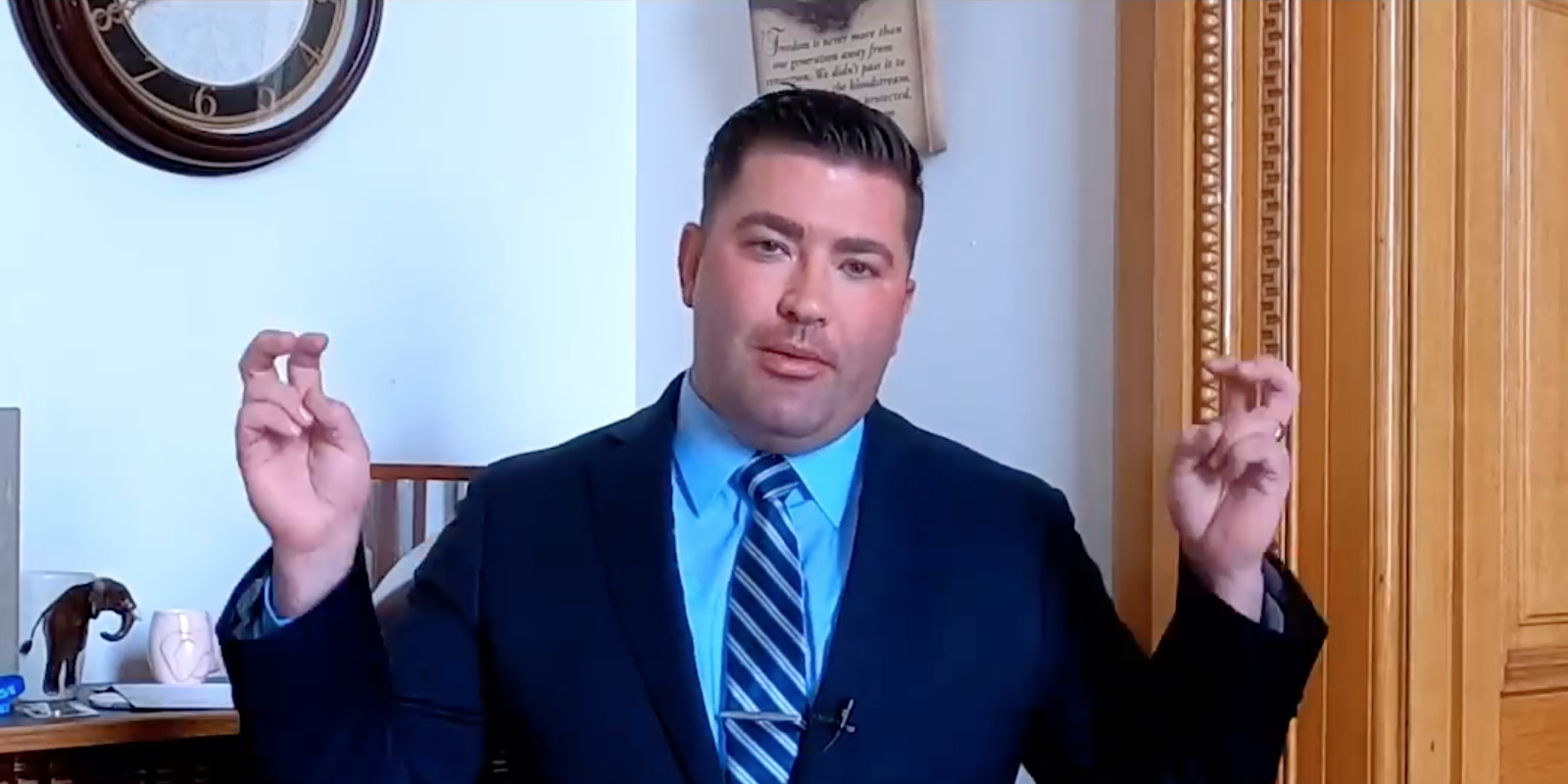 Neville shared a graph comparing Colorado’s Reported Infections (used for the official case count) against the Model Estimated Infections, which is the state’s best guess for the total of both symptomatic and asymptomatic infections, including all those never confirmed by testing.

Commenting on the graph, Neville wrote:

“CDPHEs own slide shows how wildly inaccurate their own models were and are. Yet they use these models as justification to shut down our state.”

It’s unclear if Neville doesn’t understand the information as it was presented or if he was intentionally misrepresenting it to attack CDPHE’s credibility. Neville’s statement implies that he believes the image represents CDPHE’s projections of total cases versus actual cases, leaping to the conclusion that the estimates are wrong and that the reported infections number is capturing all cases in Colorado.

A spokesperson for CDPHE confirmed that Neville mischaracterized the data represented in their graph, which contrasts known cases to an estimated number of total infections.

“This is showing us the number of cases we estimate are in Colorado that we can derive from looking at things like the number of hospitalizations,” said the spokesperson. “We know that even with a record high number of tests, we are not able to capture every single case because many people are asymptomatic and never get tested. Unless we were testing every Coloradan every day, we wouldn’t detect every case in the state. So instead, we can estimate the true prevalence in the state by looking at other factors, such as hospitalizations to back into a total of the total.”

The Colorado School of Public Health prepared the slide Neville commented on as part of its latest biweekly modeling report, issued on Dec. 16.

“Infection prevalence provides an estimate of the proportion of the population that is currently (as of 12/14) infected with SARS-CoV-2 and capable of spreading infections,” explains the report. “At higher levels of infection prevalence, susceptible individuals are more likely to encounter infectious individuals among their contacts. Because many people experience no symptoms or mild symptoms of COVID-19, many infections are not identified by surveillance systems.”

Whether or not Neville’s mischaracterization was intentional, his inaccurate claims serve to further his primary political message these days, which is the conspiracy theory that Colorado’s public health orders to prevent the spread of COVID-19 are ineffectual and really a means to expand Governor Jared Polis’ power.

Neville, who recently decided to not to seek another term as Colorado’s Republican House Leader, did not return multiple requests for comment. This article will be updated with any response received.

The Republican has been a critic of health measures, stating in May that masks “don’t accomplish anything,” adding that he “often” wears one out of politeness, without explaining why he thinks masks are useless.