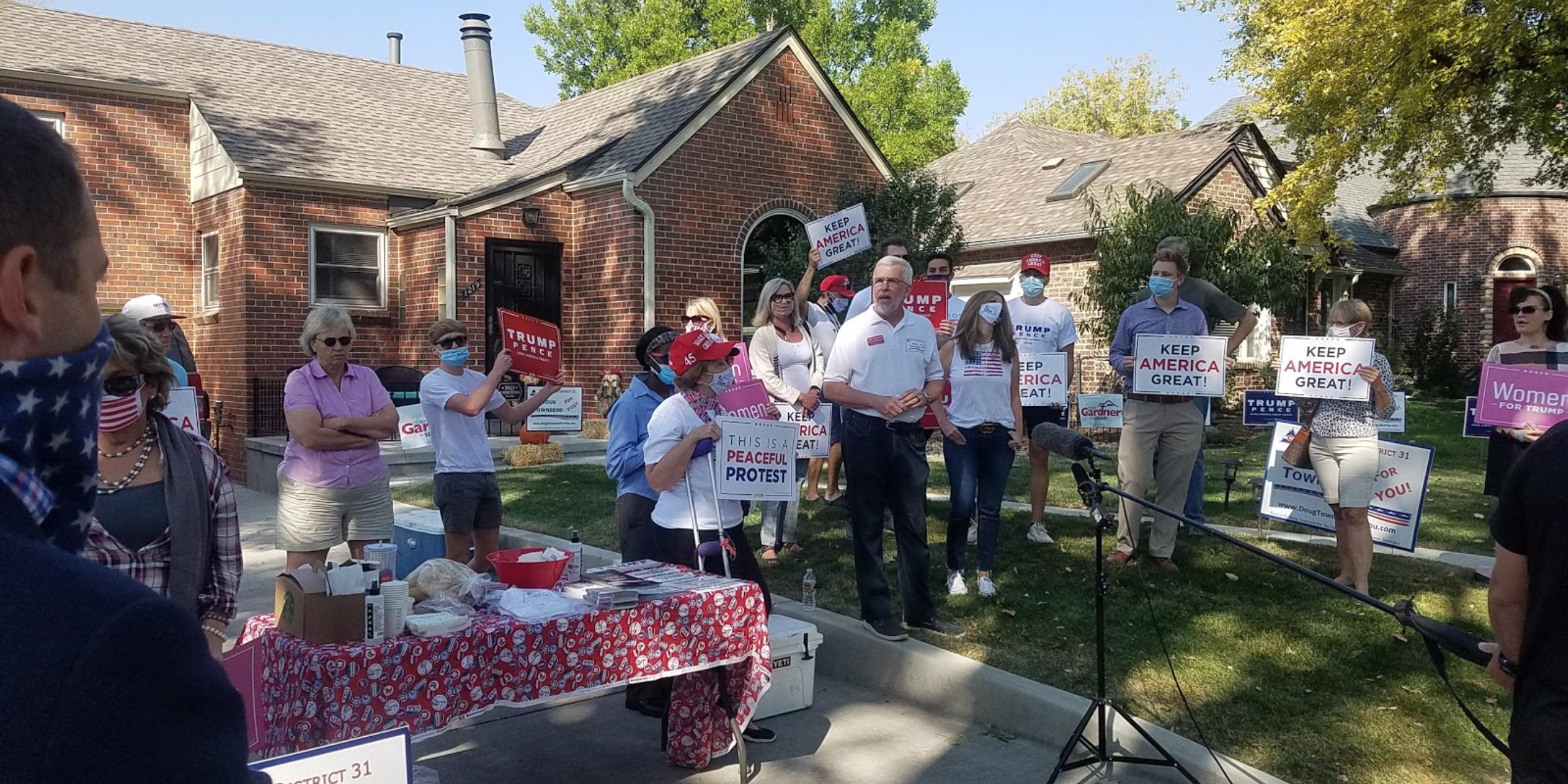 Pence spoke in broad strokes about the need to vote Republican, not only at the statehouse level but for Cory Gardner and Donald Trump.

“Your great Senator Cory Gardner needs to be sent back to Washington for six more years,” said Pence. “He’s fighting for common-sense, pro-growth policies. He’s also fighting for the beauty of Colorado. He championed the Great American Outdoors Act- the largest piece of environmental legislation to be passed since the days of President Roosevelt.”

Pence characterized the election in the direst of fundamental terms:

“My uncle likes to talk about how usually elections are about Republicans and Democrats, conservatives and liberals, but this election is about whether America remains America. Whether we see the greatness that is this country. Whether we stand for this land of the free because of the brave, or whether we accept the notion that America is systematically this or systematically that.” [He may have meant ‘systemically.’]

He also emphasized “law and order,” and decried the property damage that accompanied some of the widespread protests against police brutality. “There’s a freedom of expression in America,” Pence warned. “There is not a freedom of destruction in America.”

Former White House staffer Omarosa Manigault identified Pence as “particularly responsible” for having “orchestrated and manufactured” campaign tactics to “stoke fear in this country.” She was specifically referring to the President’s rally statements such as, “go back to your countries if you don’t like it,” which she said Pence convinced Trump to include.

Asked if he had other events planned, Pence told the Colorado Times Recorder he is headed up to Erie to for an event with Colorado Republican Party Chair Congressman Ken Buck.

It’s a rally to vote. Here in Colorado, voting by mail, you’ve been doing it for years and have a process for it, but we’re going to be up in Erie showing our support for the President for four more years and for our party.”

Congressman Buck who has previously said he has “no problem with mail-in ballots,” recently called for a Department of Justice investigation based on a debunked and eventually retracted news story that mischaracterized a state voter registration program.