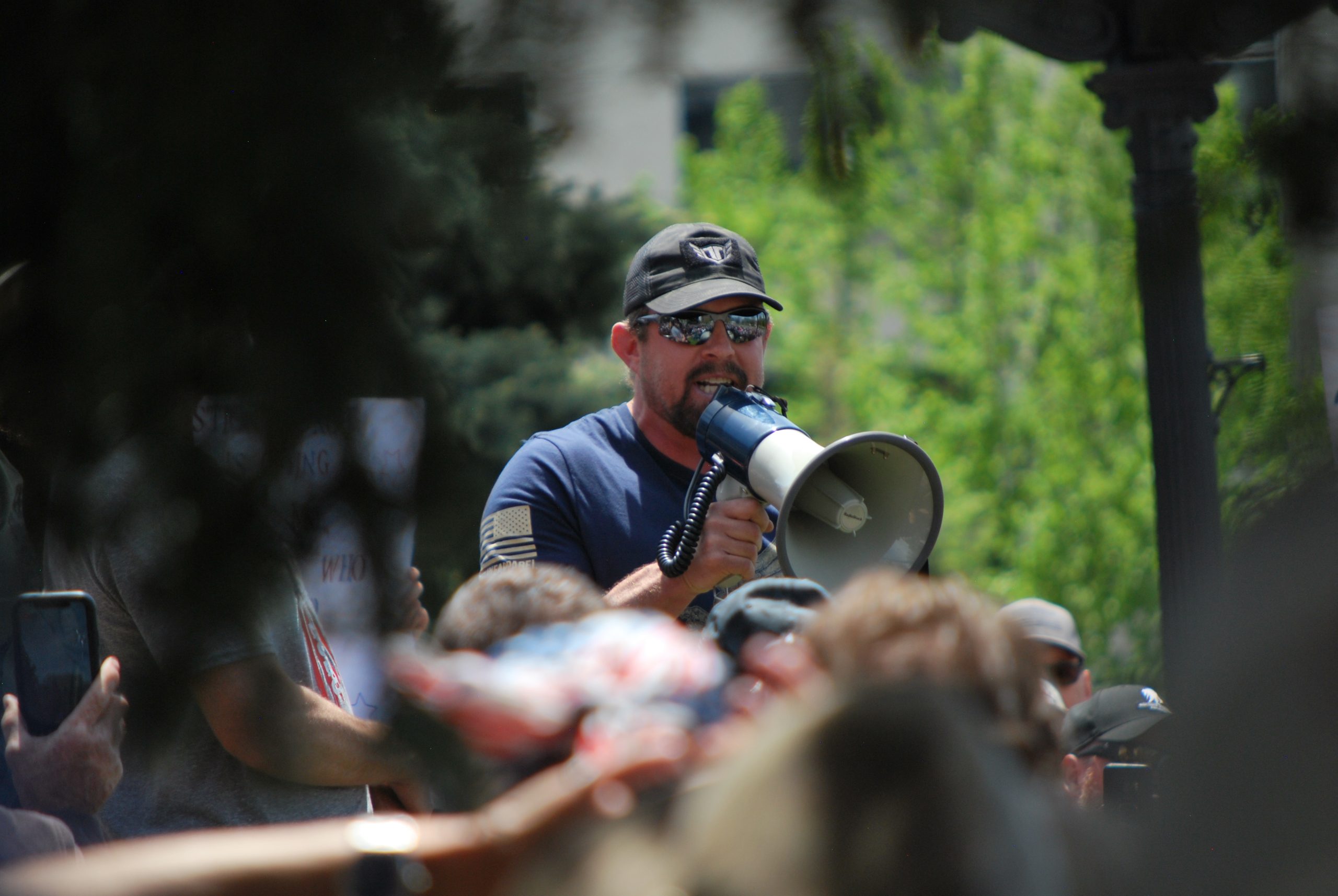 A “Team Trump Bus” is touring northern Colorado today, and on it is John “TIG” Tiegen, who tweeted his unvarnished support for Kyle Rittenhouse, the Wisconsin teen accused of shooting three people at Kenosha protests yesterday.

Tiegen, who delivered Trump’s signatures Colorado’s Secretary of State’s office to qualify for the Colorado ballot in November, reposted an unverified accusation that Rittenhouse shot a registered sex offender and other looters.

Two of the three victims from the protest, which occurred in the wake of the police shooting of Jacob Blake, have not been officially identified, but the Milwaukee Journal-Sentinel has named all three based on images and posts found on social media. Tiegen nonetheless reposted claims made by a far-right meme page called Uncle Sam’s Misguided Children, which stated that all of the shooter’s victims were pedophiles and violent criminals. Authorities have charged 17-year-old Kyle Rittenhouse, who claims to be a militia member, with the homicides.

Tiegen didn’t return a message asking if he thinks others should follow Rittenhouse’s example and take to the streets and shoot people. He was also asked if he’d talked to Trump about these matters.

Tiegen is joining John Pence, the Vice President’s nephew and Trump operative, on the Trump bus in Colo.

Pence was in Colorado most recently to campaign with Lauren Boebert, who’s running against Democrat Mitsch Bush to represent Colordo’s 3rd Congressional District. He talked about how his suburban sisters are scared for their safety.

Tiegen is best known as a former Blackwater contractor and member of the CIA’s security team involved in defending the U.S. embassy in Libya from an attack that led to the death of a U.S. ambassador during the Obama administration. Falsehoods about the event are chronicled in his co-authored book, “13 Hours: The Inside Account of What Really Happened in Benghazi.”

Tiegen, who resides in Colorado, isn’t shy about dropping the f-bomb on Twitter.

In May, in preparation for a protest in support of a restaurant that defied Colorado Gov. Jared Polis’ health orders, Tiegen tweeted, “Take Our Fucking Country Back.“

CORRECTION: This post was corrected 8/31/2020 to state that the attacks on the Libyan embassy were not falsehoods.