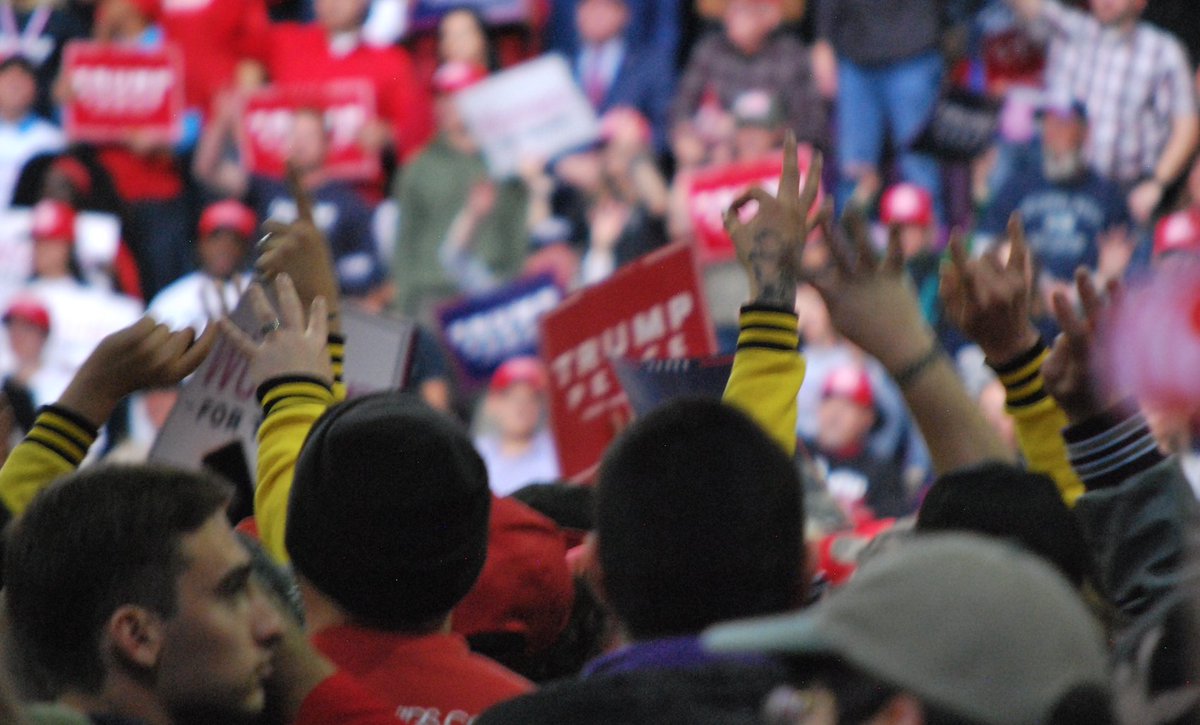 The Proud Boys, which has been designated as a hate group by the Southern Poverty Law Center (SLPC), continued its string of appearances at Republican events in Colorado today by joining thousands of Trump backers at a rally in Colorado Springs.

“We’re here to support Donald Trump, one of the best presidents we’ve had in a long time,” a Proud Boy who identified himself only as “Nate” told the Colorado Times Recorder as he waited in line to enter the Broadmoor World Arena to see Trump.

Asked if he thought Trump was aligned with him as a white nationalist, Nate, who was one of six Proud Boys seen at the Trump event today, said: “First of all, people have us confused. We are not white nationalists. We allow anybody of any race, gender, ethnicity, into our club. We just see everybody as Americans. We don’t need to divide ourselves into different ethnic groups. We are all Americans here. And I think the beautiful thing about this Trump rally is, if you look around, there are all kinds of ethnicities here. We are just a melting pot of people who are here to support our president.”

Later, inside the auditorium where Trump spoke, a member of the Proud Boys was photographed making a white nationalist hand signal.

These comments run counter to multiple reports, since the organization’s founding in 2016, that characterize it as hate-filled and extremist, with individual members involved in political violence.

“We are aligned with Trump in that we believe in America First,” said Nate. “There’s an America First agenda. And ‘America’ means everybody that’s here in America. We’re sick of people dividing each other across lines of race and ethnicity. “

The Proud Boys was spotlighted in media reports last year on the rise of hate-related incidents in Colorado. The group is seen as having a growing influence nationally in “patriot groups” supporting Trump.

Huey attended the Trump rally yesterday, according to his Twitter feed, pictured below. In front is Casper Stockham, a Republican primary candidate running for Congress in Congressional District 6, currently represented by Democrat Jason Crow.

UPDATED 2/21/20 with photo of Proud Boy making white nationalist hand signal at Trump rally. UPDATED Again 2/21/20 with more photos at the end of the post, all by Erik Maulbetsch. Also UPDATED with Huey Twitter feed.