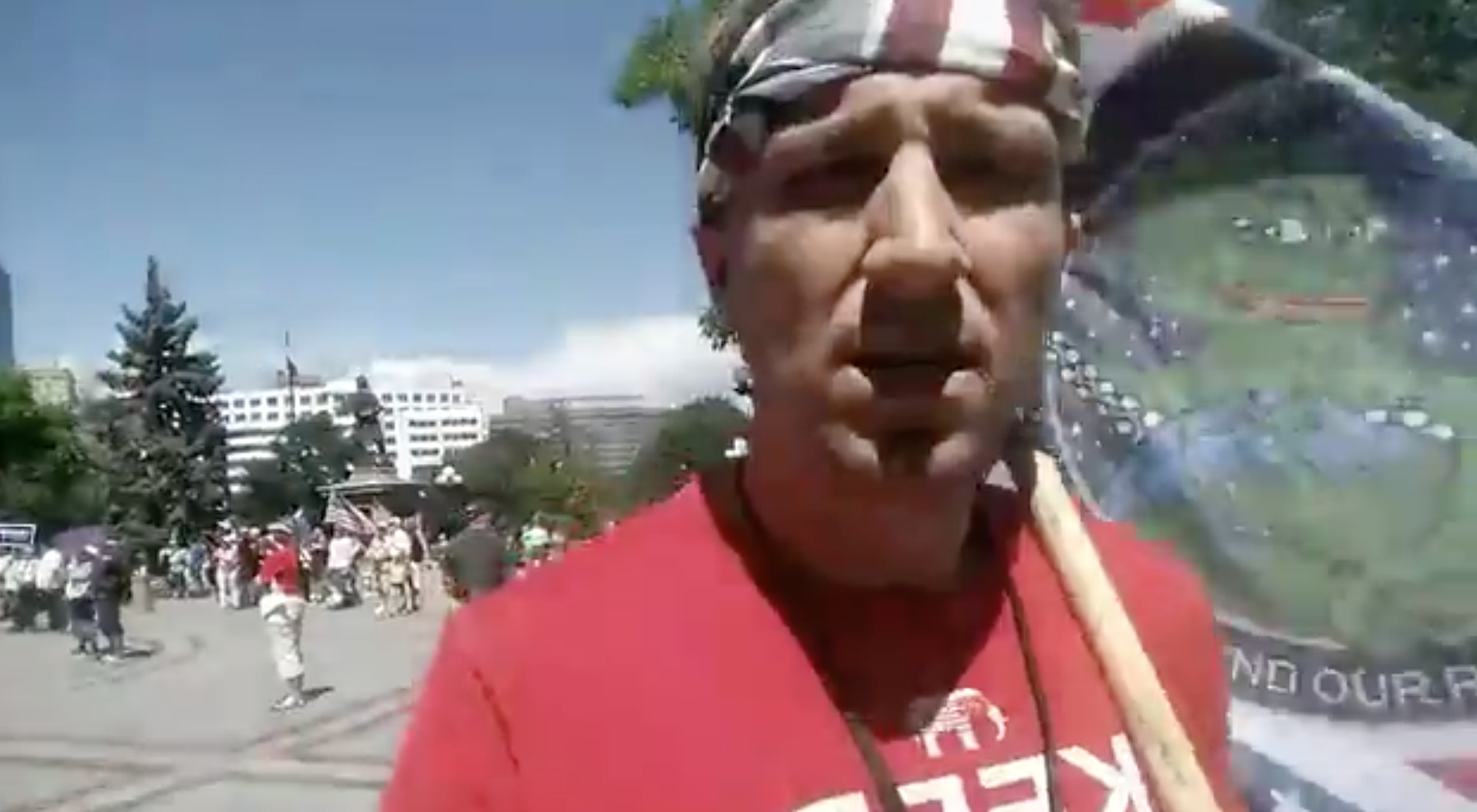 Since declaring his candidacy for the Colorado statehouse in December of 2016, Westminster Republican Grady Nouis has promoted and participated in several far-right rallies organized by hate and extremist groups. Furthermore, he’s documented his participation in numerous videos, including one where he shouts the n-word during an argument with African-American couple in Denver’s Civic Center Park. 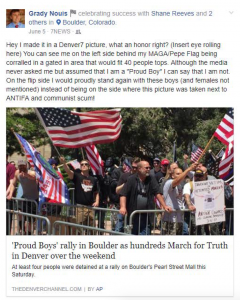 Last summer, the first since Trump’s election, saw marked increase in alt-right rallies across the country, including several here in Colorado.

After attending a Colorado Proud Boys rally in Boulder on June 3, 2017, Nouis posted news coverage of the event and noted that he would “proudly stand” with the Proud Boys.

Just a week later he joined an “Anti-Sharia” rally at the state Capitol, at which he was one of the announced speakers. Nouis had been heavily promoting the event online, and once it took place he live-streamed much of the event.

During the event, Nouis shared a video of state troopers escorting him and his fellow far-right extremists away from counter-protesters. At approximately the 8:45 mark of the video, he repeatedly shouts the n-word during an argument with African American bystanders in Civic Center Park.

His justification appeared to be that if it’s acceptable for them to use the word when addressing him, he should be able to do the same. He accuses the woman of using “hate speech” and being a bigot. After claiming a black woman used the word in reference to him, Nouis says,

“I ain’t her friend. There you go. That’s hate speech right there. Right here. That’s a bigot! She called me a n—– and I can’t say it back?” 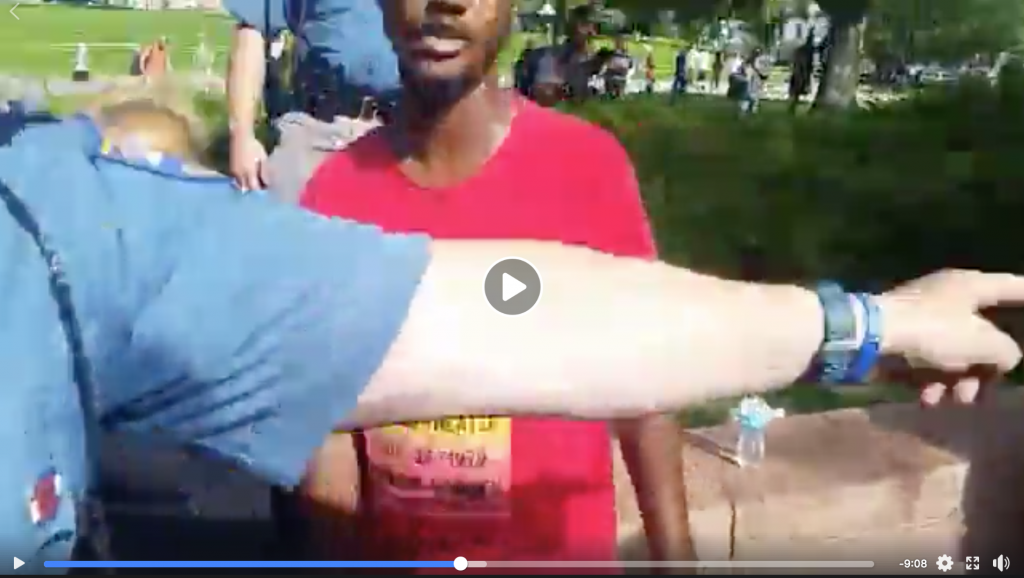 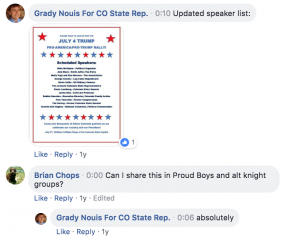 Weeks later, Nouis made a video promoting another rally at the Capitol–a pro-Trump rally July 4.

One commenter on this video asks Grady, “Can I share this in Proud Boys and alt-knight groups?”

“Alt-knight” refers to the Fraternal Order of Alt-Knights (FOAK), another hate group which, according to the SPLC, “formed as the ‘tactical defense arm’ of the Proud Boys…The group’s founder, repeat-felon Kyle Chapman, organized FOAK after a melee with counter-protestors in Berkeley, California, to “protect and defend our right-wing brethren” through “street activism, preparation, defense and confrontation.” Nouis asked Chapman directly to share his video promoting the Trump rally. 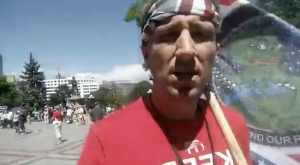 The green frog character “Pepe” is a popular online meme that was co-opted by anti-Semitic groups and white supremacists in 2016. The Los Angeles Times covered the alt-right’s adoption of this meme in an article that summer, titled “How ‘Pepe the Frog’ went from harmless to hate symbol.”

“Nazi Pepe made its way to Twitter, where people who regularly tweeted messages supporting white nationalism and anti-immigrant views quickly absorbed it into their Internet repertoire.”

In a post from August of last summer, Nouis offered a solemn warning to his Facebook followers:

“Mark my words. There will be a day shortly where the left will start destroying the Vietnam Wall. Pray for our country.”

Several other commenters responded, all generally accusing liberals of showing disrespect towards veterans and the military.

“White House will be repainted and renamed nonwhite house.”

Nouis’ unprompted comment shifted the discussion from a lament of liberal disrespect for veterans and the military to an attack on non-white Americans. His commenters followed his lead, with one posting that she was angry with President Trump’s recent speech because he failed to mention any of a number of African-American or Muslim groups. She reasoned that Trump’s omission “just put an additional Target on all white Patriots’ backs.” Nouis agreed.

Nouis did not attend the most recent rally featuring a hate group at the state Capitol on Sept. 15. Asked by Facebook followers a few days before the event whether he would be there, Nouis explained why he would be absent, writing “Having a big campaign event w Stapleton that day.” 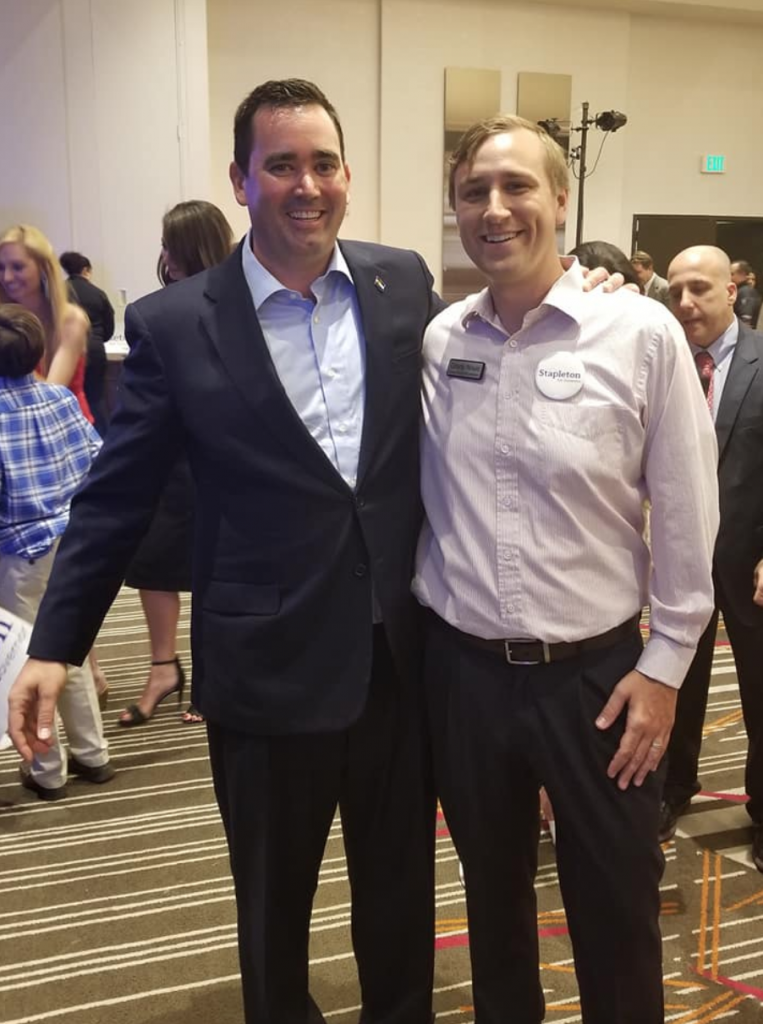 An email to the Nouis campaign requesting comment on his participation in these rallies was not returned prior to publication. This post will be updated with any response.