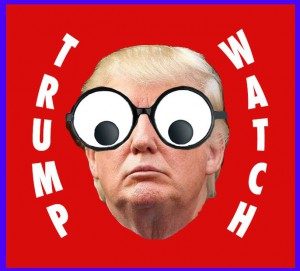 The 2018 election may be remembered as the year most Republican candidates in Colorado decided not to speak out against Trump. And paid the price.

Across the country, only two Republicans congressional candidates have aired ads distancing themselves from the president.

But the pressure to say something about Trump has spiked in recent days as the President’s rhetoric–widely regarded as offensive–has escalated.

There are his continued attacks on Democrats who received pipe bombs. And the press is the “true enemy of the people” (after CNN got bomb threats). And his ongoing falsehoods about rag-tag migrant invaders being a serious danger to the country. And more.

The New York Times reported today that Trump’s fear-mongering is indeed so frightening that it’s scaring away educated whites, especially suburban women, from the Republican Party–possibly for years to come.

“The divisiveness may play well in some parts of the country but it doesn’t play everywhere,” the speaker of the Texas House, Joe Straus, who has sought to keep his party from drifting too far right, told the Times. “It’s hard to grow a party when your whole approach is to incite the base.”

Yet, in Colorado, the chosen response of most Republican candidates is silence.

In perhaps the state’s two most important races, taking place in suburban battlegrounds where anger at Trump is high, Republican candidates have yet to say a word on the record about the president.

Christine Jensen, who’s running for a Wheat Ridge senate seat, describes herself as sitting on the right wing of the Republican Party and specifically aligns with Trump on wanting to repeal the Affordable Care Act.

But when asked on her campaign website where she stands on Trump, Jensen won’t say. And she doesn’t return calls seeking comment on the President.

Neither does Republican Beth Martinez Humenik, who’s fighting Democrat Faith Winter to retain her Adams County state senate seat that Republicans need to hold their majority in the chamber.

There are exceptions. Just yesterday, speaking on KLZ 560-AM, Colorado state house candidate Toren Mushovic readily spoke about Trump, saying the president has done “some things that I think are really great” and “some things that I wish he would do in a different way.”

Voters ask Mushovic about Trump “a lot” when the candidate is going door-to-door in his Arapahoe County-area district, and he thinks they’re wrong to ask him about the President. They need to remember that local leaders have more impact on individual citizens than the federal government does, he said on air.

Other candidates who’ve broken the silence on Trump include Walker Stapleton, the GOP candidate for governor, who embraced the President’s endorsement, and George Brauchler, the Republican running for attorney general, who’s said the country is “in pretty damn good hands” with Trump.

These Republicans aren’t the norm. With few Trump questions coming from local journalists, candidates are remaining silent–and they’ve apparently been happy that way, so as not to make die-hard-Trump-supporting Republicans mad.

But Trump’s indecency makes the silence really uncomfortable, as Mushovic finds when he talks to voters on their doorsteps.

After all, inside many of the houses that Mushovic stands in front of, the television is probably on and the President is screaming out of it. Perhaps Mushovic has even heard Trump from the porch.

There’s still a few days to go, and Colorado Republicans may get so uncomfortable that they’ll condemn Trump’s behavior.

If not, Tuesday’s election could be remembered more for what was never uttered than everything, including all the negative ads, that was heard.

Update 11/1: This post was updated with the New York Times excerpt.