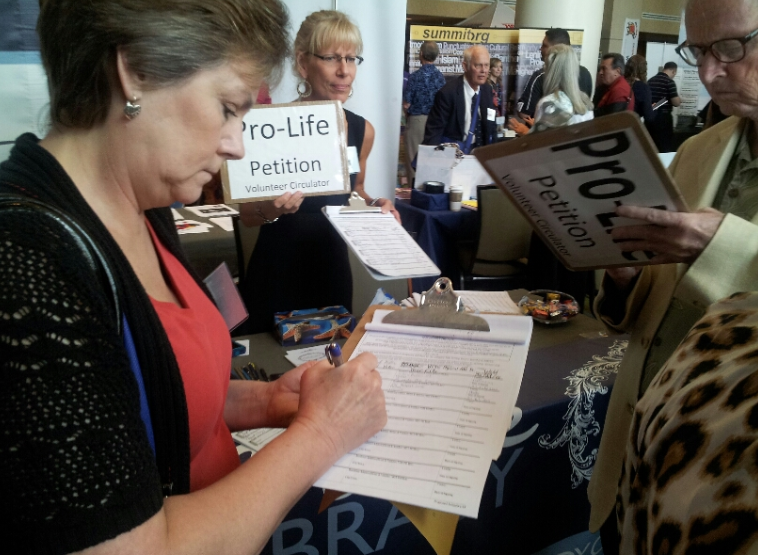 Would a Colorado ballot measure banning abortion after 22 weeks into pregnancy inspire more conservatives to vote next year, to the benefit of anti-choice Republicans like Cory Gardner?

I assumed so, along with others, like Colorado Sun columnist Mario Nicolais, who tweeted that the initiative, if it makes the ballot, will “rally the base.” And you’d think Nicolais would know, since the GOP anti-abortion base rallied against him, knocking him out of a GOP state Senate primary in 2012.

But maybe not, according to Denver University Associate Professor Joshua Wilson, the author of The New States of Abortion Politics (Stanford University Press, 2016).

As I reported for Rewire News yesterday, Wilson told me via email that the most “activist-minded” of anti-abortion voters might vote due to the initiative, but this represents a small number of voters.

Wilson points out that, in fact, the abortion measure may push more pro-choice than anti-abortion voters to cast ballots.

But Wilson doesn’t think abortion will be a decisive motivator for Democrats either.

“Given all of the other issues that matter for Democrats, the 2020 race will be about a whole lot more than abortion,” he wrote. “So, while abortion matters far more now for Democratic voters than in the past, it is still just one of many issues that will matter, and likely one that is still sitting behind a list of others.”

“To give you some polling data,” he continued, pointing to a Gallup poll, “since 2012 the percentage of voters who say that a candidate ‘must share’ their views on abortion has ranged between 17% and 27%. The percentage of voters who have said that abortion is ‘not a major issue’ has been between 24% and 34%. That leaves the bulk of voters – between 45% and 51% – responding that abortion is only “one of many important factors.”

“Looked at as a whole historically, voters tend to have views on abortion, but the details of those views are ill defined, and thus it does not drive the majority to vote one way or the other,” Wilson argues. “Rather, abortion gets eclipsed by other issues.”

“Damn right, it’s going to cause more pro-life folks to go out and vote, because if you hold that pro-life point of view, then it is literally a life-and-death issue,” Caplis told the Colorado Times Recorder Monday. “And it’s hard to imagine any more important reason to cast your ballot.

“And I think it goes way beyond ‘white evangelicals.’ The pro-life people span all demographic right now. Communities of color. I think it’s going to be a big motivator to get people to vote.”

Actually, even some who hold the “pro-life point of view,” don’t support the the 22-week-abortion ban, saying it will set their anti-abortion movement back.

“Our misguided pro-life allies have presided over decades of regulating child killing,” Bob Enyart, a spokesman for Colorado Right to Life (CRTL), told me earlier this year. “You don’t regulate crime; you deter crime. Once again, they increase confusion where only truth should be proclaimed. Their immoral initiative 108 seeks to protect children ‘who can survive outside the womb.’ But what about the rest of them?”