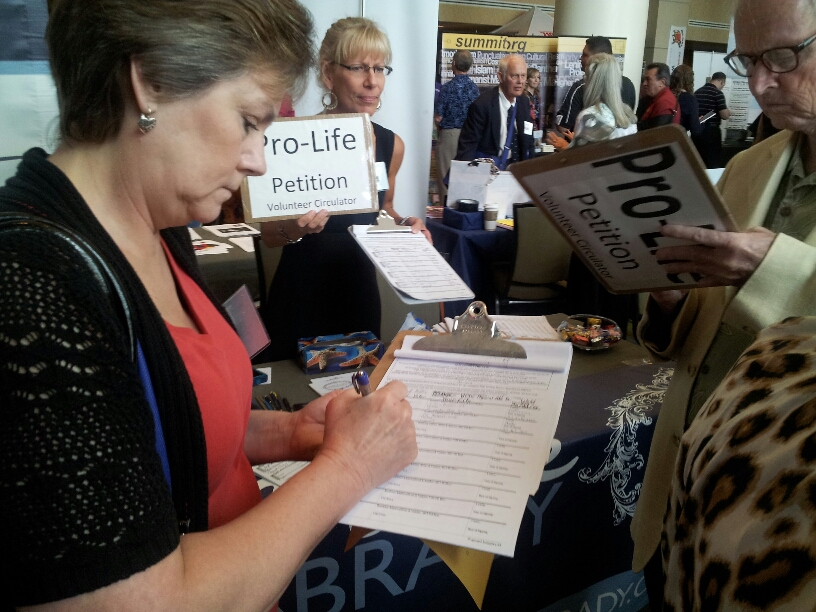 A leading anti-abortion organization in Colorado has come out against a ballot initiative that ostensibly bans abortions later in pregnancy, saying the measure doesn’t go far enough and would set the pro-life movement back.

“Our misguided pro-life allies have presided over decades of regulating child killing,” Bob Enyart, a spokesman for Colorado Right to Life (CRTL), said, as quoted in Rewire.news today. “You don’t regulate crime; you deter crime. Once again, they increase confusion where only truth should be proclaimed. Their immoral initiative 108 seeks to protect children ‘who can survive outside the womb.’ But what about the rest of them?”

Enyart is reflecting the views of a segment of the anti-abortion movement nationally.

KHOW radio host Dan Caplis asked Erin Behrens, a leader of the Colorado initiative, which was submitted to the Colorado Secretary of State Friday, directly about her opponents’ logic.

“I tell them that this is only the beginning of the conversation,” replied Behrens, who’s an ardent Trump supporter. “I think we can all agree, 99.9 percent of us here in Colorado can agree, that five months is a very reasonable limit. Let’s get that passed. Let’s get that on the books. Let’s put the Boulder Abortion Clinic out of business and prevent those lives from being taken every year, and then let’s come back and talk more about it in 2022 and 2024,”

Activists from CRTL were a driving force behind massive signature-gathering campaigns that put personhood abortion bans on the Colorado ballot in 2008, 2010, and 2014. In 2014, over 500 churches and 1,000 volunteers from around the state were central to the success of the effort, which was often fueled by crusading passion, organizers said.

Personhood USA, which officially led spearheaded the efforts in 2008, 2010, and 2014, is not involved this year and is mostly dormant, according to a spokeswoman. All three initiatives failed overwhelmingly.

It appears likely that the stance of CRTL will put a dent in the ability of the proponents of the ballot initiative to collect 124,632 signatures needed to put the measure on the ballot.

The question is, how big a dent?

Part of the answer to that question depends on how Colorado’s anti-abortion churches and activists, who played a central role in previous ballot efforts, come down on tactical question of whether the initiative, as written, will hurt their cause in the long run–or is, as Enyart put it, “immoral.”