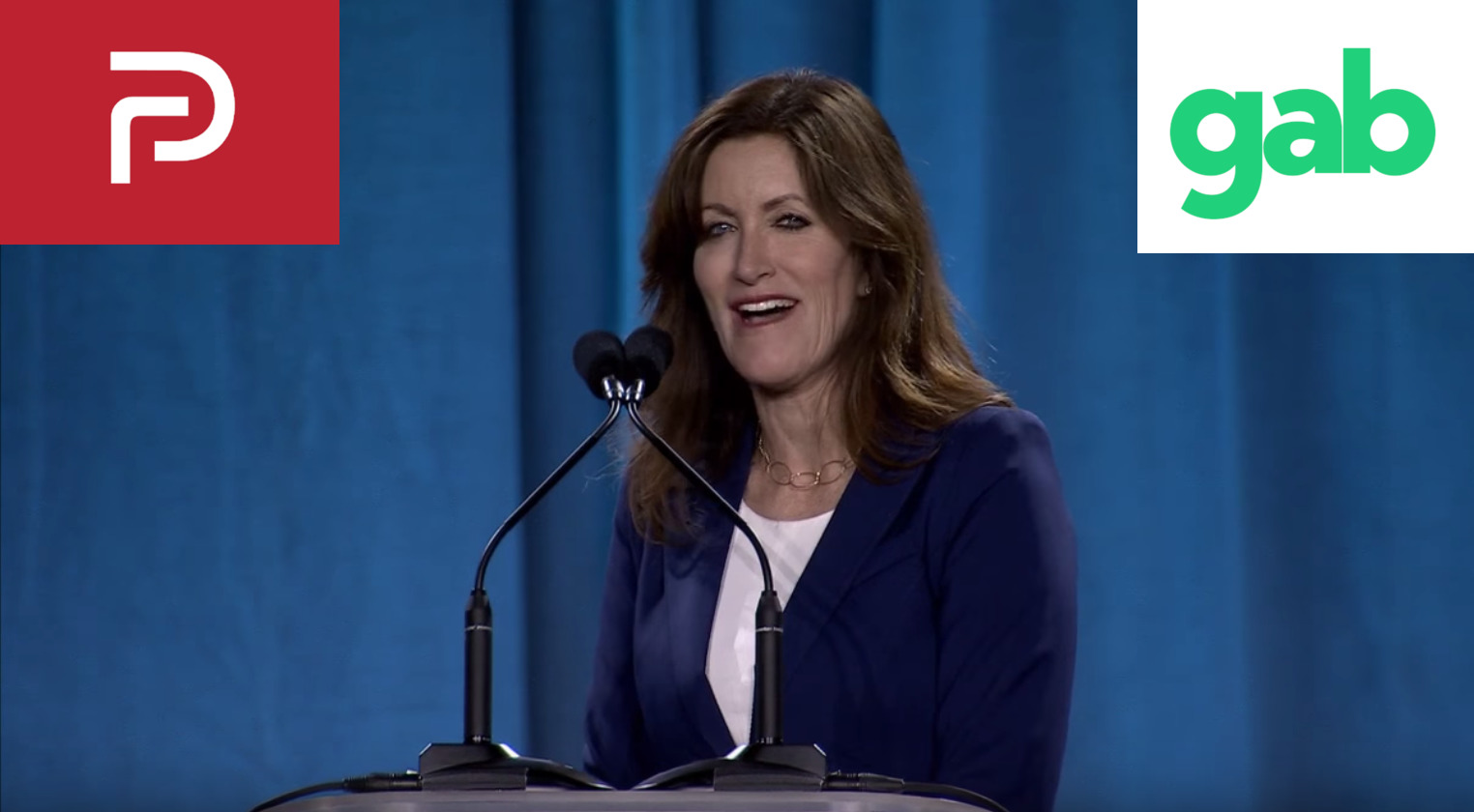 UPDATE: Ganahl apparently deactivated, but did not delete her Parler account, which is again live on the site, after being unavailable for several months last fall. Ganahl now follows just 57 accounts, ,down from the 129 she followed in late 2020.

CU Regent Heidi Ganahl faced some tough questions at her gubernatorial campaign kickoff earlier this week. In addition to her refusal to say the 2020 election wasn’t stolen, Ganahl expressed frustration over questions about her decision to scrub 90% of her Tweets prior to launching her campaign. She didn’t get asked about her deletion of two other social media accounts, Parler and Gab, which took place sometime earlier this year.

As CU Regent, Heidi Ganahl’s top priority has been free speech for students and faculty. She’s regularly lamented the lack of conservative voices on college campuses, calling for more diverse viewpoints in the classroom and faculty lounge alike. It therefore made logical sense when she joined the “right flight” of Republican officials who flocked to problematic far-right platforms Parler and Gab last year.

As the Colorado Times Recorder reported in December of 2020, Ganahl joined Parler back in June, along with many other Colorado Republicans including Congressmen Ken Buck and Doug Lamborn Sen. Cory Gardner, Congresswoman-elect Lauren Boebert, and House Minority Leader Patrick Neville.

Both Parler and Gab are known as havens of racist, sexist, and anti-Semitic hate. At the time of Ganahl’s joining, Parler was already rife with swastikas, racism, and unsolicited pornography. Ganahl was also a longtime member of the even more extreme site Gab, which Politico described as an “online cesspool of anti-Semitism.” She joined Gab in August 2017 and followed QAnon-precursor “Pizzagate” conspiracist Mike Cernovich.

However, Ganahl didn’t post anything to her Gab account for years. In fact, her first post occurred on Jan. 13, just six days after the Jan. 6 insurrection, even as critics pointed to the site’s role in promoting the violence that took place at the Capitol. By then, Ganahl had unfollowed Cernovich, but was apparently still unconcerned about using the site.

Ganahl deleted both her Gab and Parler accounts sometime between late January and late May of this year. She did not immediately respond to an email request for comment. This article will be updated with any response received.