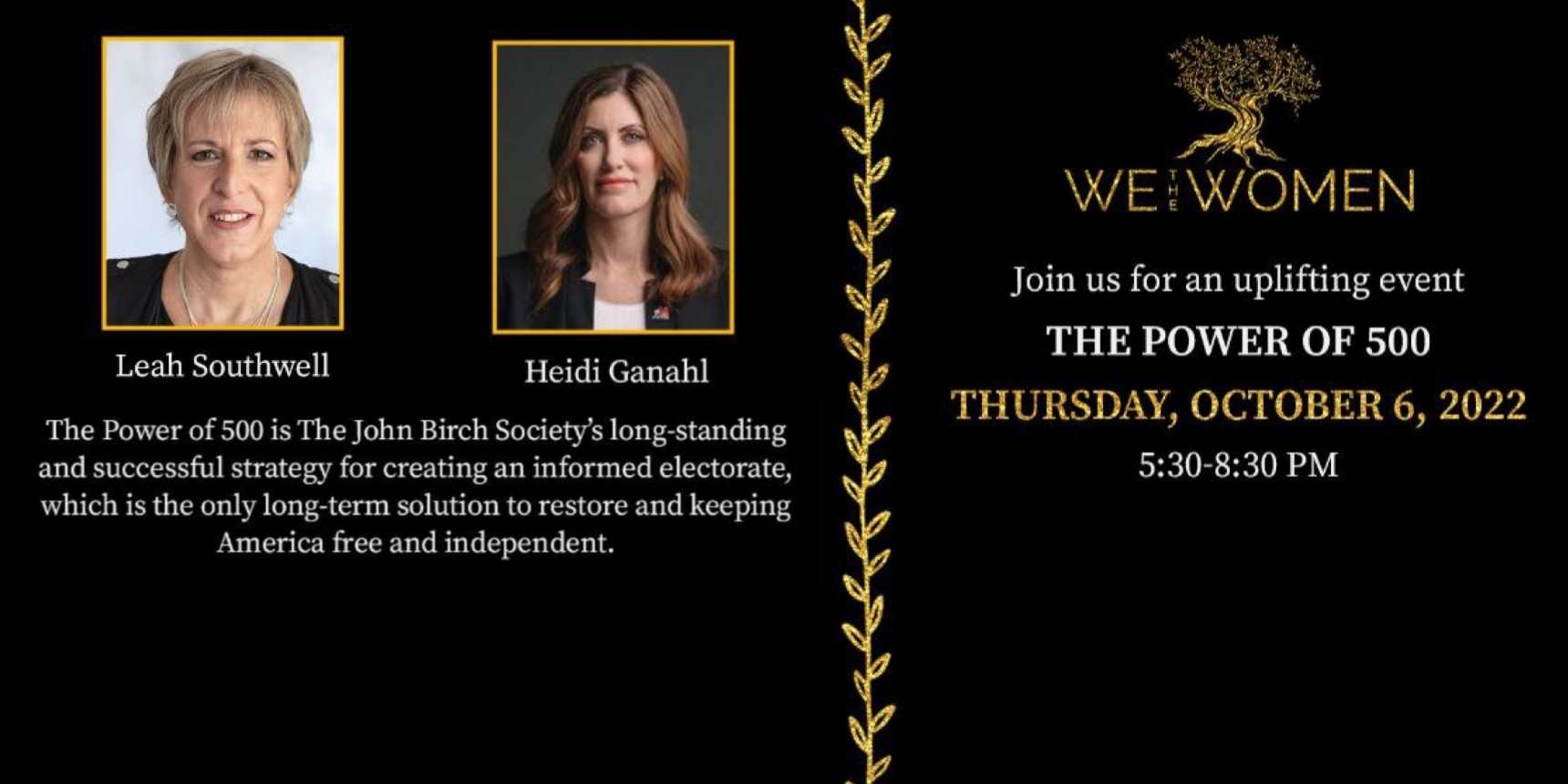 A spokesperson for We the Women, which is hosting the event at a church in Castle Rock, confirmed Ganahl’s appearance. The evening’s main speaker is JBS field organizer Leah Southwell, who’s given numerous talks warning that Marxist and communists are “taking over America from within.” Southwell has presented at We the Women events before.

JBS is one of the nation’s oldest conspiracy groups, long claiming “global elites” secretly rule the world, leading the Anti-Defamation League to call out JBS’ dangerous anti-Semitic statements as far back as 1967. Today JBS pushes conspiracies like the “Great Reset” and UN Agenda 2030 and continues to warn that “globalists have been planning an attack for years.”

Southwell’s employer, the John Birch Society, has advocated far-right conspiracies and fringe positions for decades, famously seeing communists everywhere. In the week following the insurrection, the Washington Post took a long look back at the history of Republican links to right-wing conspiracists in a piece titled, “Long before QAnon, Ronald Reagan and the GOP purged John Birch extremists from the party.”

“The Power of 500 is The John Birch Society’s long-standing and successful strategy for creating an informed electorate, which is the only long-term solution to restore and keeping America free and independent,” reads the JBS website. It then lists various goals members can attempt to achieve, all of which draw upon on various conspiracy theories, including the Big Lie, “sovereign sheriffs,” and the “Deep State.”

“The plan involves building understanding about how to affect change in a constitutionalist direction, the necessity for organizing, and the influence of 500 organized patriots, using the “100/10/6 Program,” to work towards common goals in one congressional district.

Such goals may include: