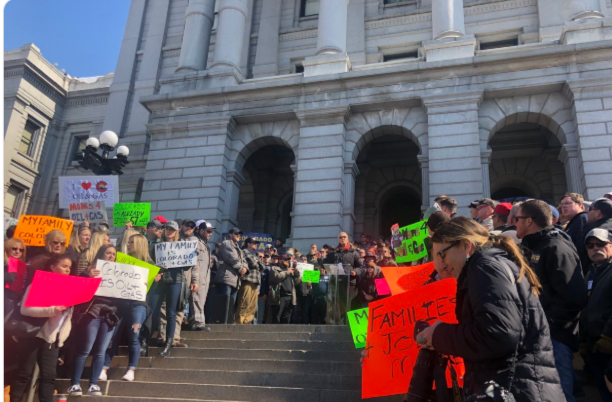 The oil and gas industry, and its Republican allies, are returning to the tactics they used in 2008 when they opposed new oil-and-gas regulations proposed by the Colorado Oil and Gas Commission, which had been reconfigured the year before.

Today, as Democrats prepare to, among other things, make health and safety the commission’s priority, opponents are saying the legislation will kill jobs and is being fast-tracked.

In 2008, it was largely the same. A Republican Senate news release quoted GOP senate leaders Greg Brophy and Josh Penry, quoting Penry as “critic of the fast-tracking” of the regulations and saying:

Josh Penry in 2008: “I don’t know if the oil and gas commission reads the paper, but we don’t need another job-killer right now,” said Penry, of Grand Junction. “There has been a lot of talk at the State Capitol in the last six weeks about creating jobs,” Penry said. “This is a litmus test for all of that bold talk. Do we really want to create jobs, or risk strangling the only industry that is moving the ball forward in our economy right now?”

By all accounts, the oil and gas industry has mostly boomed in Colorado since 2008.

Yet, in 2008, like today, the oil and gas groups staged a rally with industry workers and speakers citing potential job losses. A GOP news release at the time featured a quote from then State Rep. Cory Gardner (R-Yuma):

2008 GOP News Release: When Rep. Cory Gardner, R-Yuma, reached the podium he took an informal survey of the crowd and asked, “How many of you like jobs?” where, unsurprisingly, the whole crowd raised their hands. Gardner jubilantly responded, “Well, I do too–but if we continue down this path, too many of them are at stake.”

Rally organizers stated that this year’s oil-and-gas demonstration would feature “energy workers and supporters from across Colorado … to protect and defend the hundreds of thousands of Colorado jobs supported by the state’s oil and gas industry,” according to a statement posted on ColoradoPolitics. Colorado Republicans said the “crushing legislation will devastate Colorado’s energy industry.”

The Colorado Petroleum Council tweeted from today’s rally, “Today hundreds of employees showed up to the State Capitol to stand up for their jobs! We are energy proud!”

Despite the fierce opposition in 2008, Dan Haley, director of the Colorado Oil and Gas Association, has made it sound as if the current regulations were promulgated with support from his industry, even though the were not.

“We have the strictest regulations in the country and they have been updated dozens and dozens of times with bipartisan support and the involvement of countless stakeholders,” Haley said in a statement last week, referring to the regulations that were once so opposed by his own industry.