If you’re looking to pop your Facebook bubble for a moment and take a peek at what’s circulating in the dark corners of the internet, look no further than the Facebook page of Tanne Blackburn, who’s the GOP chair of Douglas County.

Below are ten of her most bigoted and baseless Facebook posts from the last week alone. 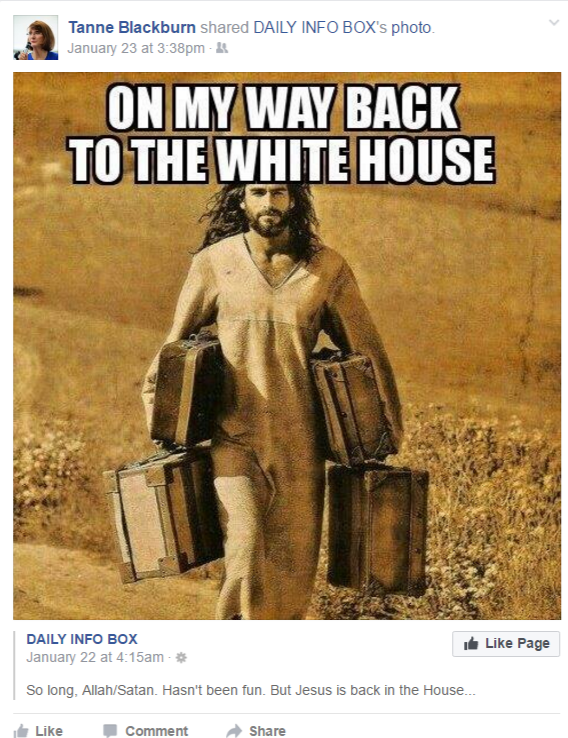 Apparently, in Blackburn’s world, Allah and Satan are basically the same thing. 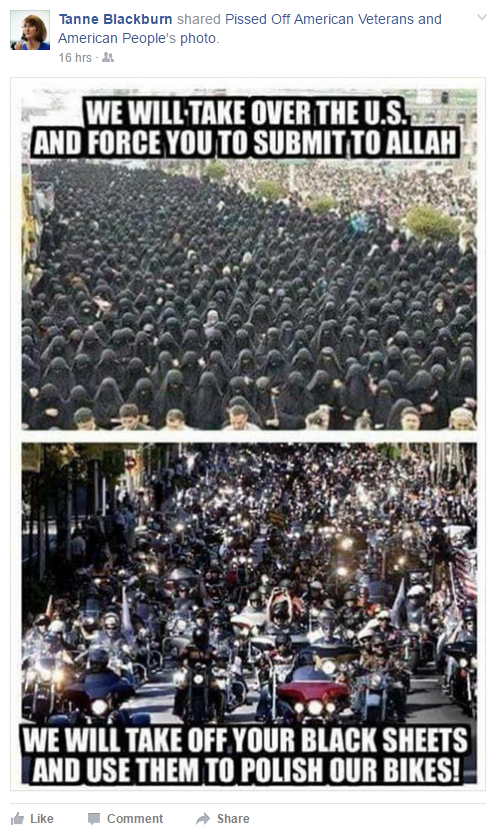 Oh, and in her world, Muslims are coming to take over, too. 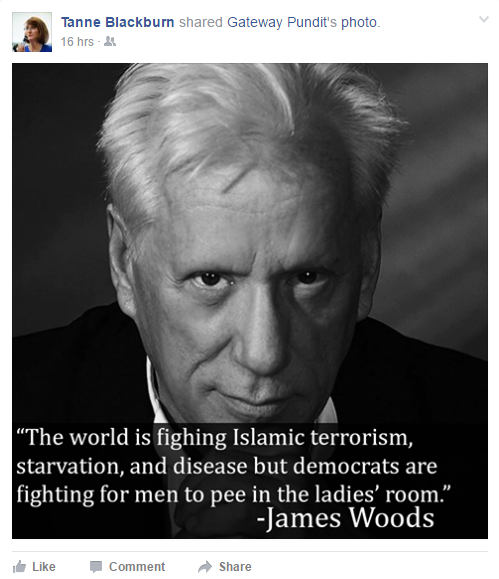 Republicans are fighting for  laws banning people from using the bathroom they identify with.

There, I fixed it. 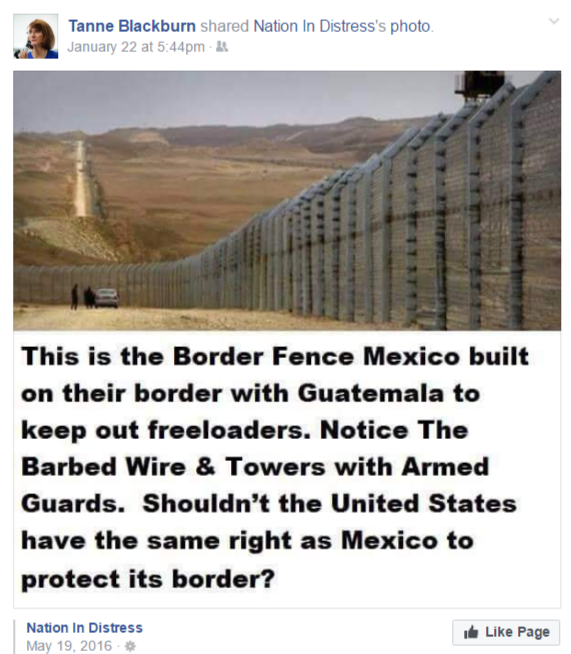 Sorry to burst your bubble, Blackburn, but this fence is actually in Israel. 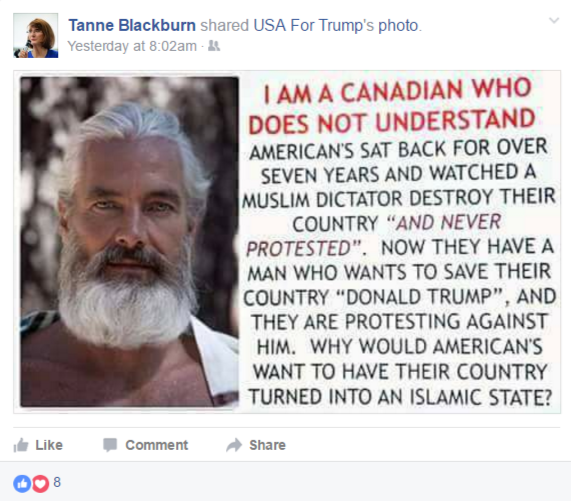 The millions of women and men who protested Trump “want to have their country turned into an Islamic state,” and Obama is a “Muslim dictator.” 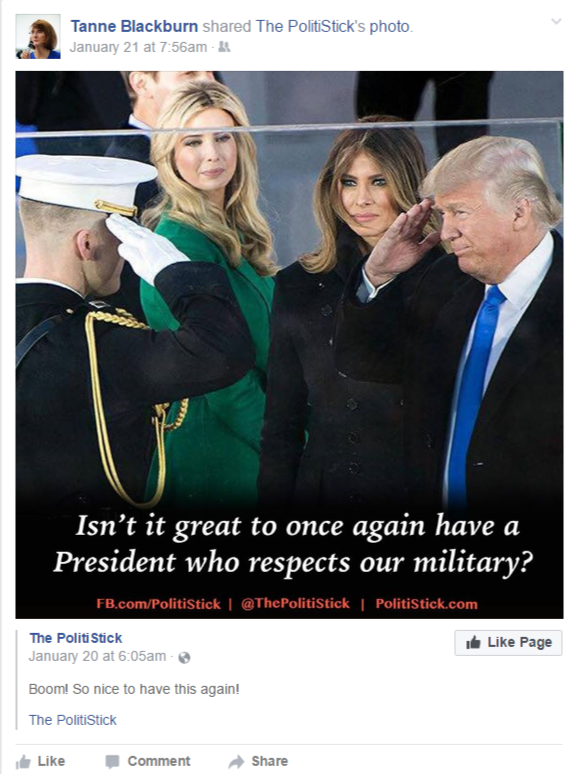 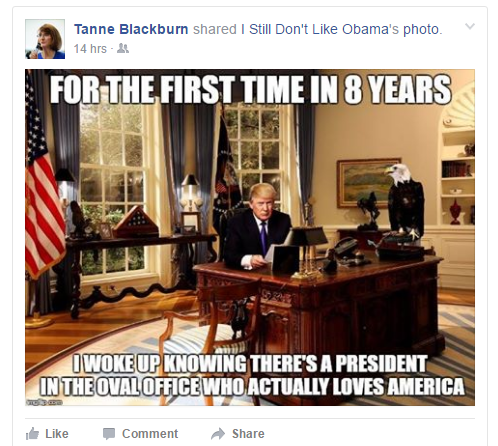 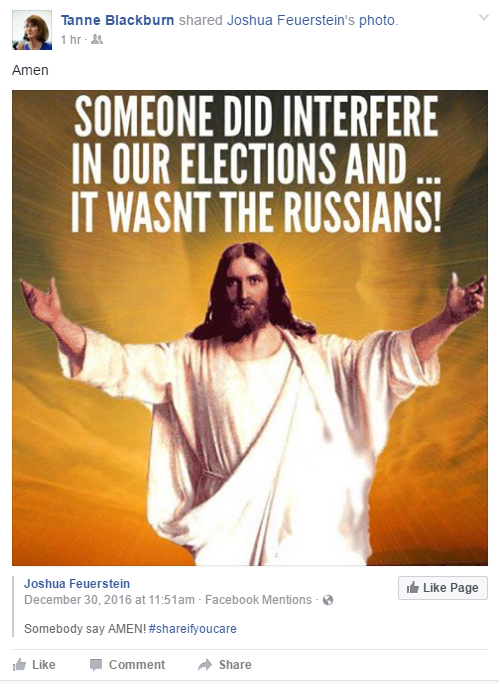 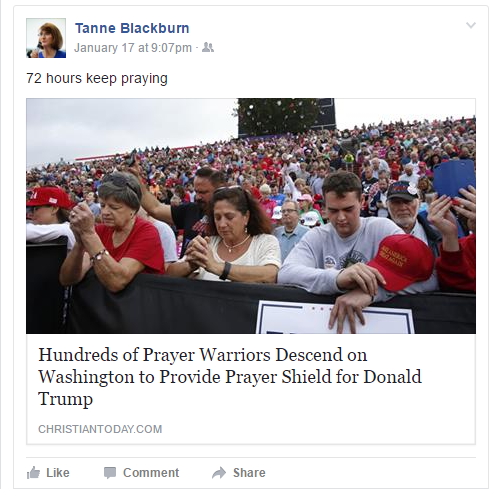 …Or at least the will of the “prayer warriors.” 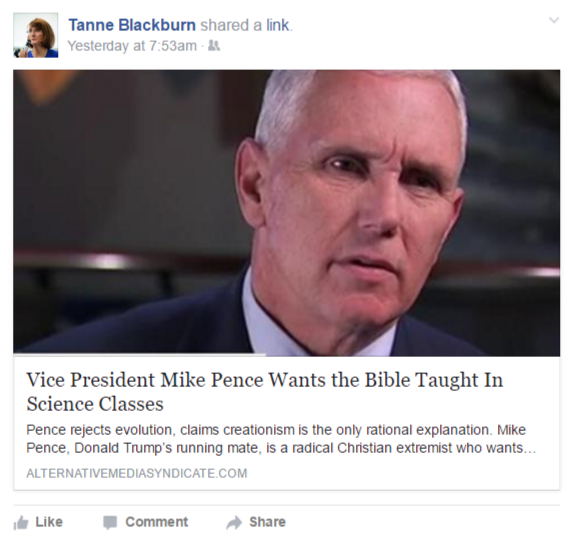 Blackburn thinks Muslims are a threat because they want to impose their religion on others, but apparently thinks it’s fine for Christians to do the same.