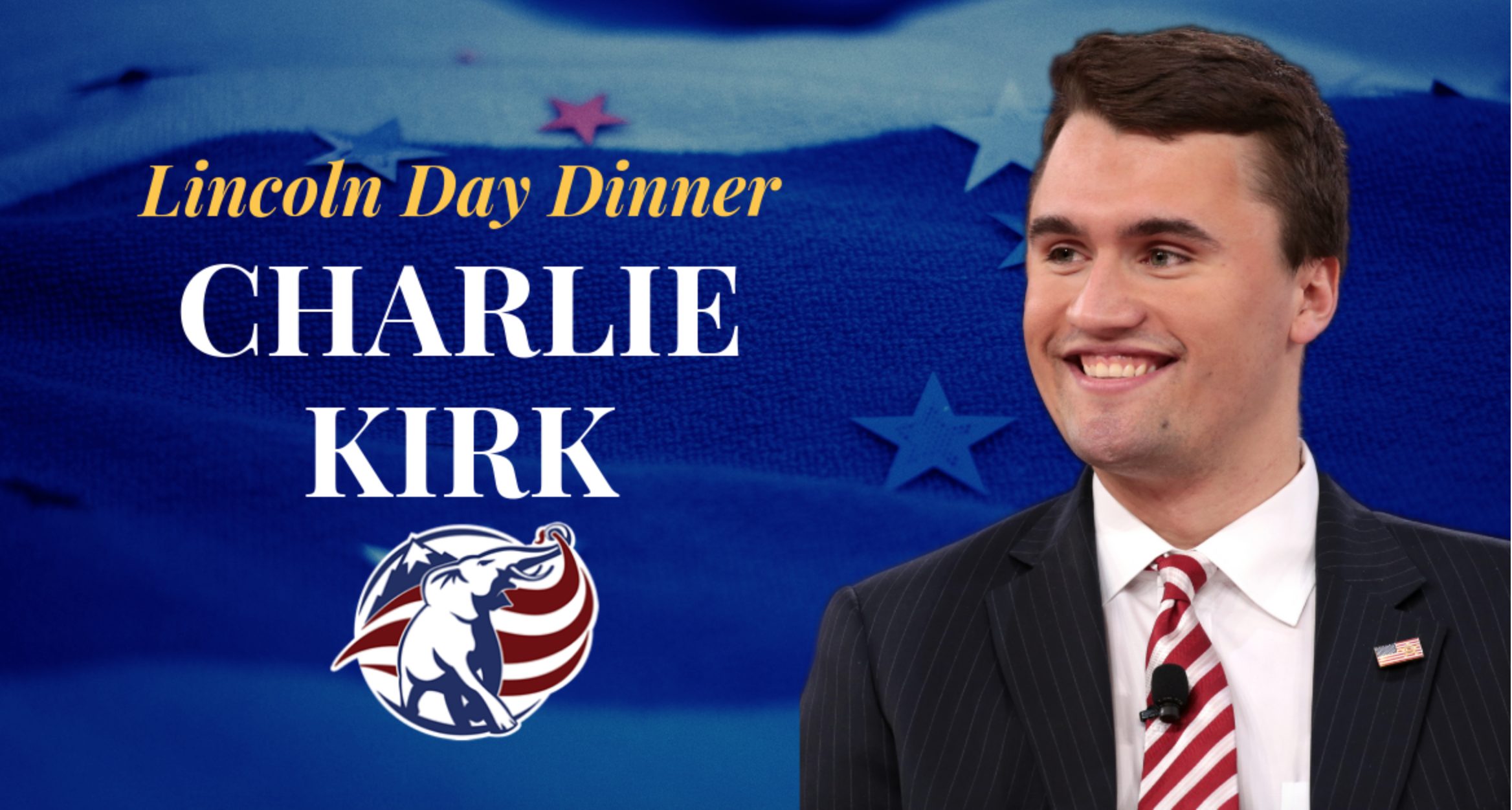 UPDATE: Former chair Tamra Farah’s response disputing two reported dollar amounts related to the event has been added to the end of this story.

As of chair Tamra Farah’s resignation last week, the party had sold just 150 tickets to the Sept. 7 event. In her resignation letter, Farah specifically listed “tactics” opposing her chairmanship by members of the GOP Central Committee, including: “withholding a potentially free speaker” and “suppressing Lincoln Dinner participation.”

Tickets to the event range from $45 for “Young Professionals,” to upwards of $250 with various preferred seating and VIP packages.

Keynote speaker Kirk’s national profile is presumably a draw for attendees, but his speaking fee is also a substantial portion of the event’s expenses.

Asked via email what portion of the “$50,000 in obligations” was dedicated to Charlie Kirk’s speaking fee, Hosler replied,

That figure is at the high end of the $10,000 – $20,000 range listed on speakers bureau websites advertising Kirk’s services.

Back in February, former Turning Point Communications Director Candace Owens keynoted the Boulder County GOP’s Lincoln Day Dinner. Her appearance was not without controversy, as news of her statement that the problem with Hitler was his ambition beyond Germany broke the day before the dinner. Owens resigned from the group in May.

In a Facebook comment, Colorado Republican Party Vice Chair Kristi Burton Brown wrote that the state GOP is assisting the El Paso County Republican Party’s sole remaining officer, Secretary Vickie Tonkins, with the event. Brown noted that El Paso is a “key county and we [the Colorado GOP] want you to succeed.”

UPDATE: Former chair Tamra Farah responded to former chair Hosler’s statement via email. She disputes the $18,000 speaking fee, but refused to provide a different number, saying only that she negotiated a 30% discount from an original figure lower than $18,000. She also disputed Hosler’s statement that the Lincoln Day Dinner has $50,000 in obligations, calling it “dead wrong.”