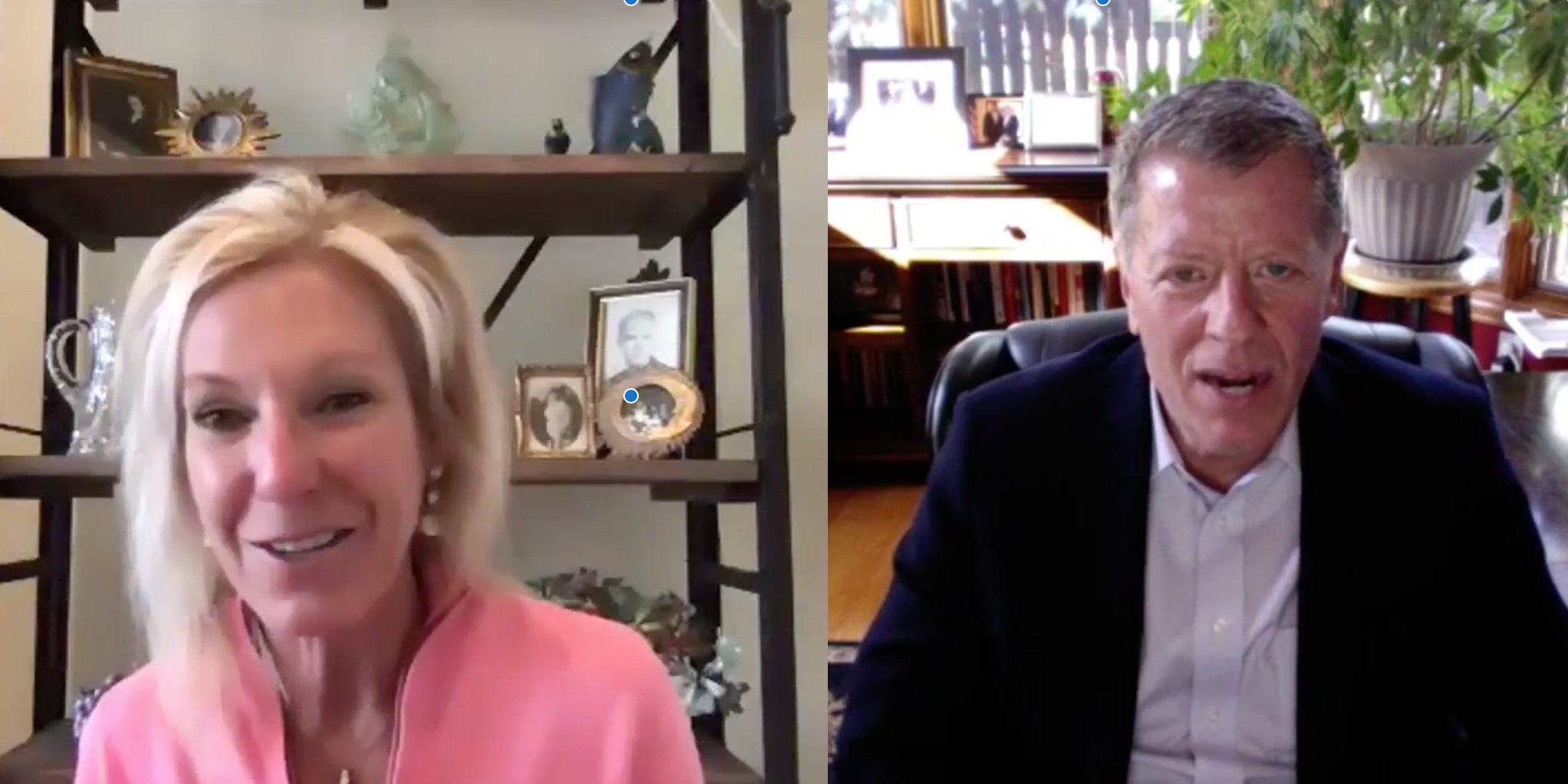 Following the lead of Fox News personalities, President Trump, and other conservatives, Colorado Republican Steve House is encouraging the use of the malaria and lupus drug hydroxychloroquine to treat people stricken with COVID-19.

Via his Congressional campaign, the health care consultant and former chair of the Colorado Republican party also paid for Facebook ads for a virtual event promoting the drug. The ads were served primarily to Coloradans aged 65 and over: “We look forward to discussing the latest research surrounding the Coronavirus pandemic and the early positive medical data concerning the use of Hydroxychloroquine as a treatment for COVID-19,” stated one of House’s Facebook ads.

According to the CDC, those over the age of 65 are at substantially higher risk of becoming seriously ill from the virus, and comprise 80% of the American fatalities so far.

Another ad invited participants to discuss the “future of America’s health care policy,” specifically advocating an approach that “protects our most vulnerable population.”

House invited a conservative activist and physician specifically to praise hydroxychloroquine as his guest for a Facebook townhall event. The physician, Dr. Kelly Victory, not only promoted the drug, but dismissed the two primary concerns about its use for COVID-19: making it harder for patients currently taking the drug for other diseases to fill their prescriptions, and a documented risk for those with certain heart conditions.

Recently Newsweek reported that a French hospital that has been conducting clinical trials of the drug was forced to terminate its use with some of the patients due to its “‘major risk’ to their cardiac health.”

As reported by The Denver Post, House’s medical expert, Dr. Victory, has shared conspiracy theories calling the public data “fake” and rejecting experts’ predictions about the virus. She also tweeted that Democrats were trying to “cheat” the upcoming election by advocating for mail-in ballots, and retweeted a call for Dr. Anthony Fauci to be “fired and indicted.”

Dr. Victory also rejected the public health guidelines for people to wear masks, instead recommending “a modicum of social distancing, staying home if you’re ill, and absolutely being cautious and more isolated if you’re in a high-risk category.”

Dr. Victory describes herself as a board-certified trauma and emergency physician with a specialty in mass casualty incidents and public health. She notes that while she does see patients, she doesn’t have a hospital-based practice.

Another doctor who has been publicly advising Coloradans on the coronavirus is Dr. Richard Zane, a Professor of Emergency Medicine, and Chief Innovation Officer for UCHealth.

Zane joined Sen. Cory Gardner (R-CO) for a pair of COVID-19 tele-town halls in late March. Reached via email for his assessment of hydroxychloroquine, Dr. Zane said, “I agree with Dr. Fauci when he described the evidence as absolutely and purely anecdotal at best.”

President Trump has repeatedly tweeted his support for the drug:

Following Trump’s tweets, the FDA issued an emergency-use authorization for chloroquine and hydroxychloroquine, which allows doctors to prescribe the drug to COVID-19 patients despite the lack of clinical trials. The agency’s decision came at the dismay of at least two of its former commissioners, Scott Gottlieb who served under Trump until last year, and Margaret Hamburg, who worked for the Obama administration.

Despite the FDA’s emergency authorization, is still no scientific consensus on the efficacy of this drug combination as a treatment for COVID-19. Clinical trials are just now beginning, including at the National Institute of Health, which launched its study this week. In the meantime, the institute warns that even short-term use of hydroxychloroquine can cause “cardiac arrhythmias, seizures, dermatological reactions and hypoglycemia.”

On March 27 Politico reported that the President’s enthusiasm for the drugs is in fact disrupting the pandemic response plans of the administration’s career health officials. A day earlier, Science Magazine’s Charles Pillar interviewed skeptical health experts in academia and the private sector for a piece titled, “This is insane!’ Many scientists lament Trump’s embrace of risky malaria drugs for coronavirus.“ Quotes include a former FDA deputy administrator who said, “Efforts to widely distribute unproven treatments are misguided at best and dangerous at worst.”

House himself championed the as-yet untested (for COVID-19) drug during a March 27 virtual “Socially Distanced Candidate Forum,” hosted by the Colorado Hispanic Republicans.

Asked by forum moderator Jimmy Sengenberger for his overall thoughts about the COVID-19 crisis, House praised the drug combination as an effective medicine against the virus. During the event, he said doctors have told him “it would be unethical NOT to give the drug to patients who are sick.”

“I’m very optimistic though, Jimmy,” House said at the virtual event. “I’ve been following what’s going on with the hydroxychloroquine/Z-Pak/azithromycin combination drug. I’ve heard a number of peopl –in fact the health care group that I work with developing a new health care plan– the doctors are telling us that they think it would be unethical –literally– to NOT give that drug to people who are sick. Because almost everybody and maybe everybody, as we’ll probably find out next week, [is] having some significant improvement from taking the drug.”

Reached by phone, House clarified that his statement about saying doctors had told him it would be unethical not to use the drug.

He said it was not something he heard first-hand, but rather he was repeating the words of Dr. Oz, who said them on Sean Hannity’s March 23 Fox News show.