Coffman: Reporter Wouldn’t Pretend To Be Homeless Like He Did Because ‘It Would Probably Mess Up His Hair’ 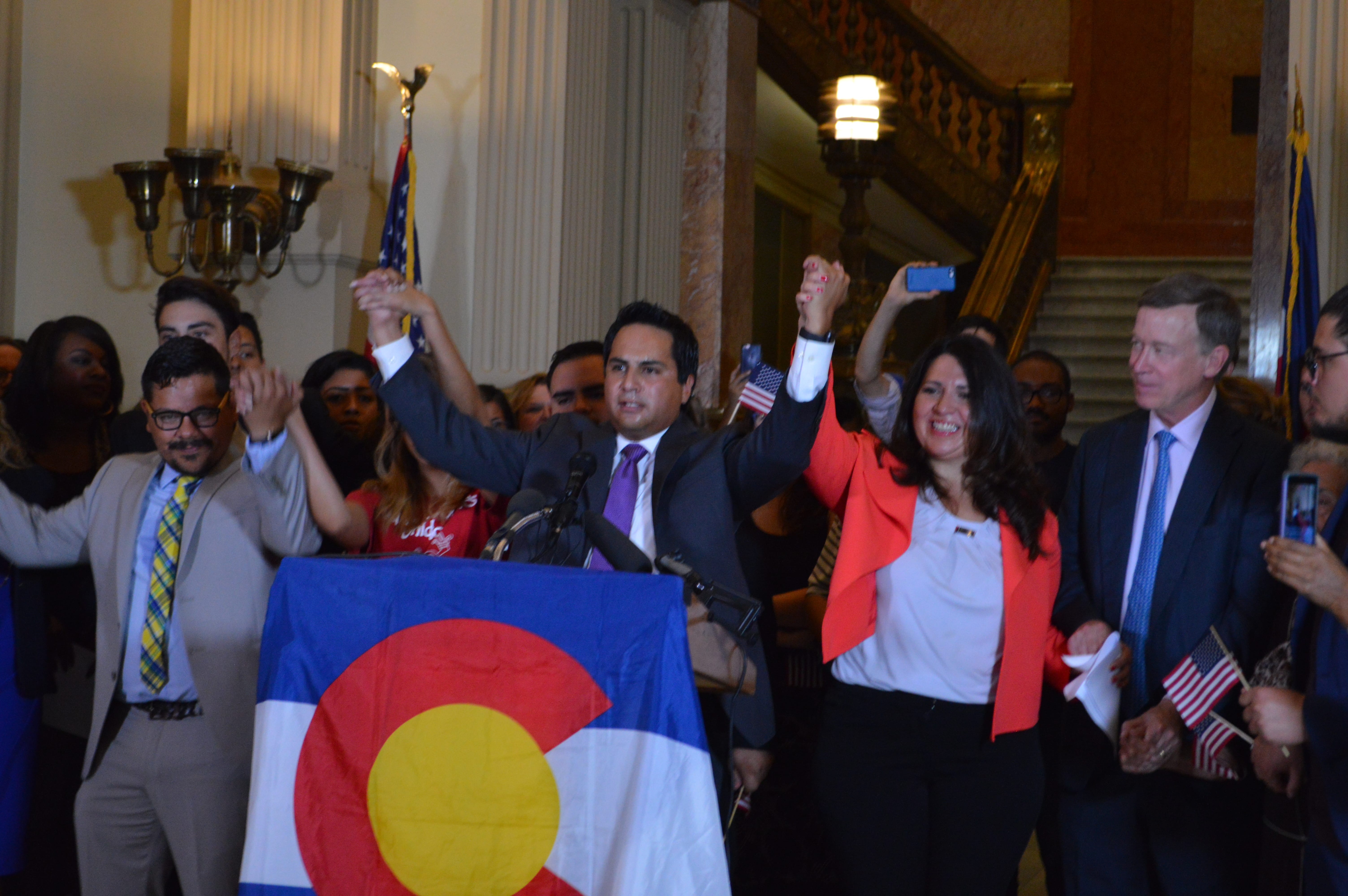 Top Colorado Democrats including Gov. John Hickenlooper and House Speaker Crisanta Duran (D-Denver) rallied alongside immigrants and their allies at the state Capitol Friday to urge President Trump not to roll back protections for immigrants who were brought to the U.S. as children.

Friday’s press conference followed reports that Trump would dismantle the Delayed Action for Childhood Arrivals (DACA) program, which allows young immigrants to remain in the U.S. to live, go to school, and work. On the campaign trail, Trump promised to dismantle DACA, which he referred to as unconstitutional and an example of federal overreach under Obama.

Now attorneys general from ten states are pressuring him to make good on his campaign promise by threatening to sue if he doesn’t end the program. 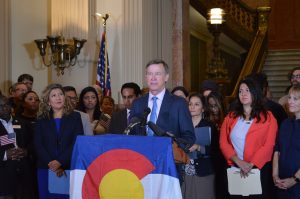 Hickenlooper urged the Trump administration to keep what he called “common sense protections” for young immigrants, telling the crowd of more than 100 that they “deserve the chance to realize their potential in the only country they’ve ever known.”

Monica Acosta, who works for the immigrant advocacy group Padres y Jovenes Unidos, came to the United States at three years old. She compared the trauma of her mother being deported 12 years ago to the anxiety she feels now given the uncertainty of the protections she enjoys as a DACA recipient. 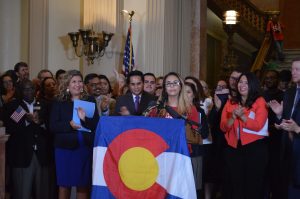 But despite the possibility that she will once more be undocumented, Acosta says she will now describe herself as “undocumented, unafraid, and unapologetic,” adding that Trump has “picked the wrong people to mess with.”

State Rep. Dan Pabon (D-Denver) didn’t mince words either, calling it “stupid” and “cruel” to consider kicking children out of the only country they’ve ever known.

Trump is expected to announce the fates of approximately 800,000 children who are protected under DACA Tuesday.