GOP Leader: “Establishment Republicans” Oppose Recalls Because They’re Not Profiting from Them

A Portrait of a Mass Murderer 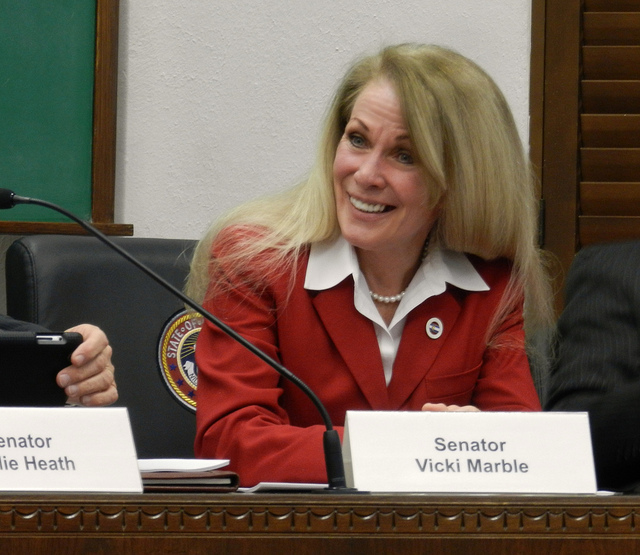 Colorado State Sen. Vicki Marble, a Republican from Fort Collins, was apparently pleased that St. Louis police chanted “whose streets, our streets” while arresting people protesting the acquittal of a former officer who murdered a black man. 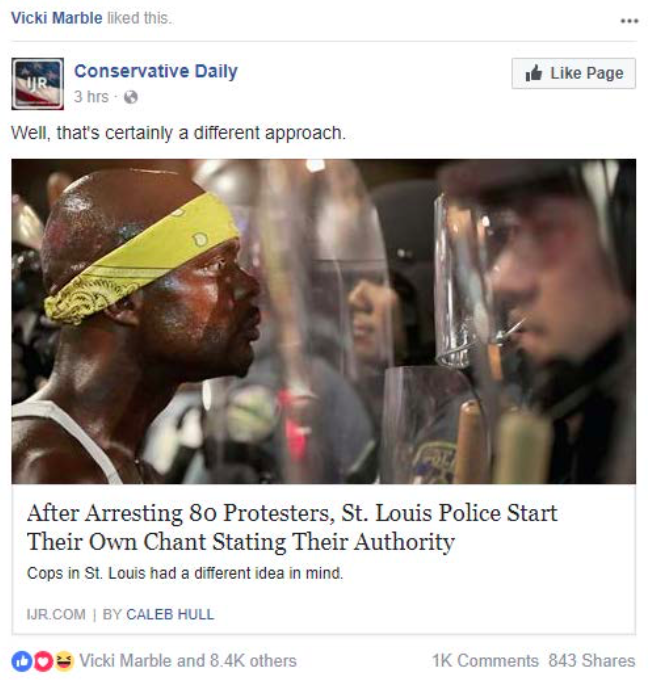 Protesters took to the streets Friday after it was announced that Jason Stockley wouldn’t be charged for first-degree murder in the 2011 shooting death of Anthony Lamar Smith, who Stockley said he saw dealing drugs. Stockley was recorded telling his partner “we’re killing this motherfucker, don’t you know” just before killing Smith.

The protests carried on through the weekend and were peaceful until Sunday night when some smashed windows and threw rocks at law enforcement, resulting in more than 80 arrests that evening.

There were several complaints that police were unnecessarily aggressive, and the Associated Press independently reported that police were shouting “whose streets, our streets” after making some arrests.

The Independent Journal Review, a Trump favorite, says police started “their own chant”, missing the point that the chant was co-opted from Black Lives Matter demonstrators, who commonly use it at rallies. It’s typically used as a rallying cry by those protesting oppression, not those already in a position of authority.

Several protesters and St. Louis Post-Dispatch reporter Mike Faulk told the Washington Post that even after the St. Louis Police Department tweeted a warning for protesters to vacate the area, police encircled them on all sides and they were unable to leave.

That reporter was arrested soon thereafter.

Marble has come under fire for her remarks on race in the past, including in 2013 when she reinforced the stereotype of African-Americans eating fried chicken during a discussion on poverty, leaving her colleagues in the state legislature stunned.

The Colorado Times Recorder has also documented her apparent support for the Confederacy and antipathy toward reporters.