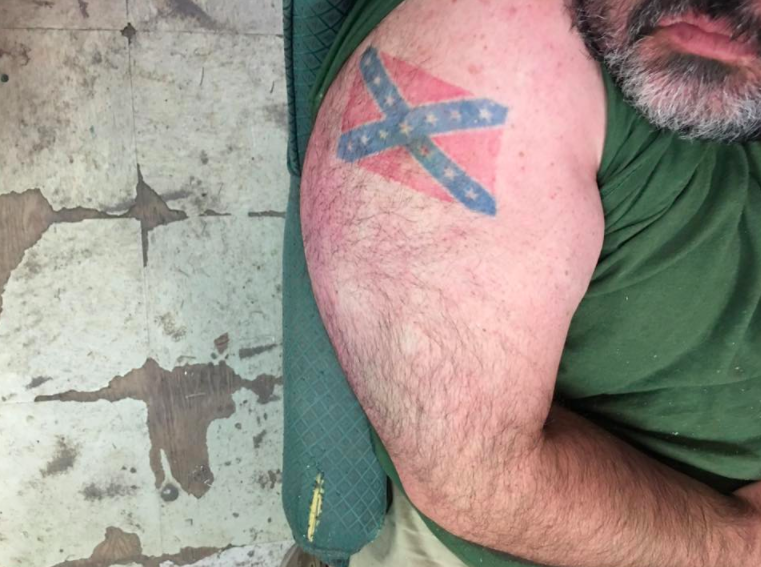 In a violent display of bigotry that left one counter-protester dead and many more injured, white nationalists descended upon Charlottesville, Virginia, this weekend to protest the city’s plan to remove a statue of Confederate general Robert E. Lee.

On Saturday, the Colorado GOP said via Twitter that “Republican principles are opposed to Nazism,” while also managing to squeeze in some finger pointing directed at the left.

But members of the Colorado GOP have supported the confederate flag and posted other messages that can be interpreted as sympathetic to the Confederacy.

Ray Scott is a State Senator from Grand Junction. He apparently thinks painting over a Confederate Flag is the “worse”. 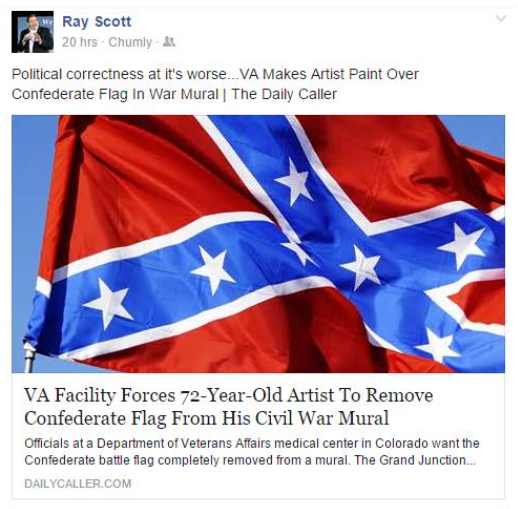 The Larimer County Republican Party jumped to defend the flag as well. 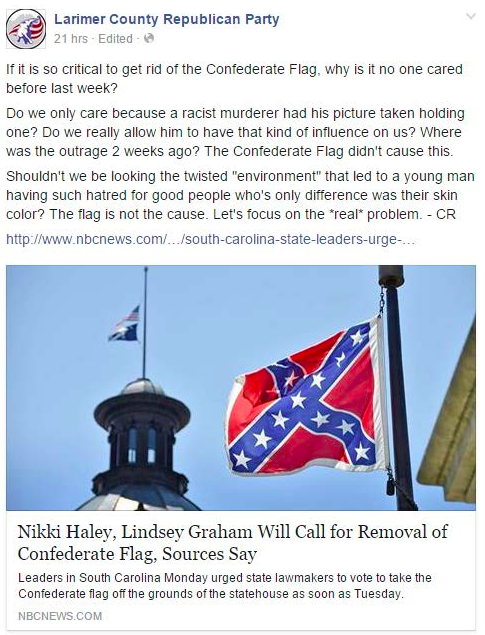 Dylan Sparks is a 20-year-old bonus member of the El Paso County GOP and the former regional Donald Trump campaign leader in that county. Here’s why he thinks he’s entitled to wave the Confederate Flag. 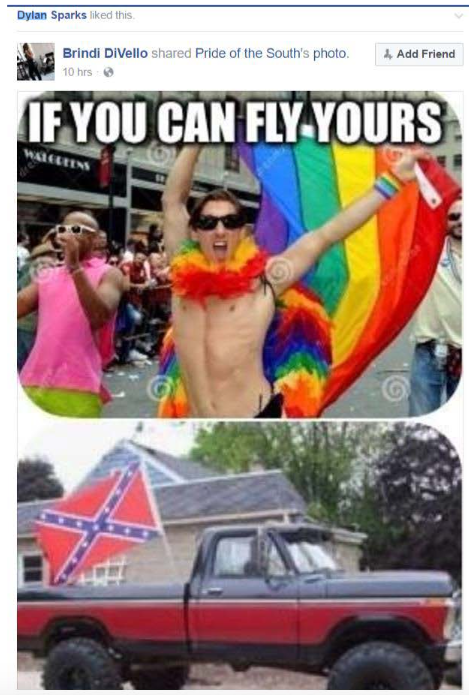 Anil Mathai is the chair of the Adams County Republican Party. He criticized the removal of the Confederate flag in South Carolina as “leftist, racist political correctness”. 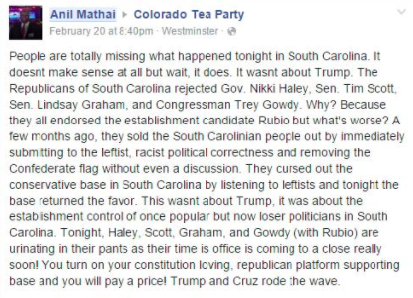 And then there’s Justin Ratzlaff, the chair of the Rio Grande Republican Party. As Charles Buchanan reported, he has a Confederate flag tattoo, which he is apparently not too ashamed of show off to all of the internet seeing as he posted a public photo of it to Facebook:

Here he is attempting to argue the flag is a symbol of state’s rights and has nothing to do with slavery. 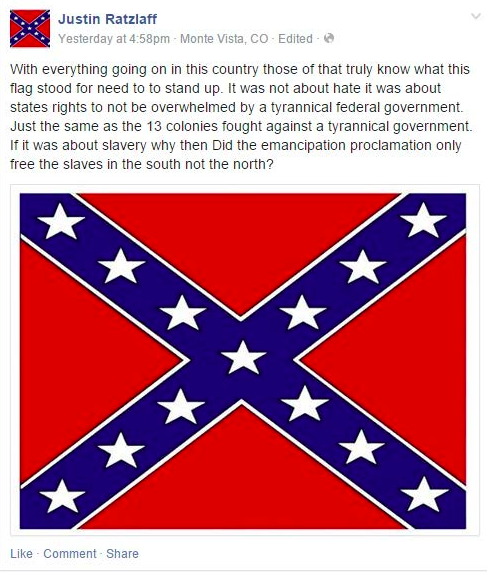