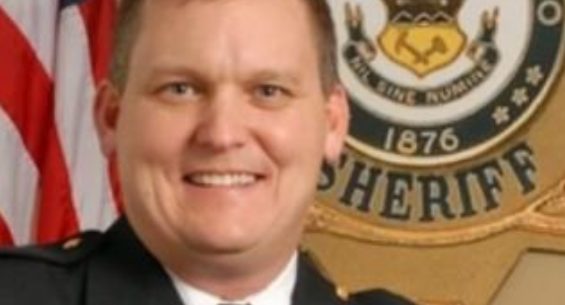 Larimer County, Colorado, Sheriff Justin Smith would continue to evict tenants during the pandemic, despite a mandate by Gov. Jared Polis (D-CO) not to do so, if a judge orders Smith to conduct evictions.

In a Facebook post last Friday, Smith wrote that he doesn’t want “good people evicted during this very difficult time, but as a sheriff, it is not appropriate for me to put my finger on either side of the scale in a civil proceeding.”

Smith, who doubts Polis’ eviction order is legal, contends in his Facebook post that if a judge issues an eviction, he’s duty-bound to execute it.

“What I am very confident of is that when a judge issues a writ of restitution (the order for a sheriff to evict)–a governor cannot override that judicial order.”

So, he writes, “despite the governor’s latest executive order, we will still honor the writs of restitution issued by judges in Larimer County.”

Craig Konnoth, an associate professor of law at the University of Colorado, believes Polis is on solid legal ground with his eviction-moratorium order, and Colorado judges won’t be ordering Smith to conduct evictions.

But Konnoth agrees with Smith that in the unlikely event Smith were handed an order, Smith would have to execute it.

“A judge should follow [Polis’] eviction moratorium, and the sheriff, in my opinion, is not correct in saying that the moratorium is illegal,” wrote Konnoth in an email to the Colorado Times Recorder.

“However,” wrote Konnoth, “assuming that a judge disagrees with me, and issues an order, then the sheriff would be bound to follow the order. The likelihood, though, is that that the order would be stayed pending appeal, and by the time the various rounds of appeal proceed, the moratorium itself will have ended.”

The low chances that Smith would be ordered by a judge to conduct an eviction lead political observers today to say he was grandstanding with his promise to continue to evict. Indeed, Smith’s statement was received with praise on his Facebook page.

Smith has also said he wouldn’t enforce Polis’s recent order that Colorado residents over the age of two wear masks when entering businesses through May 30.

He’s also challenged Colorado’s pot legalization measure and red-flag law, which allows law enforcement agents to take guns from people deemed by a judge to be dangerous to themselves or others.