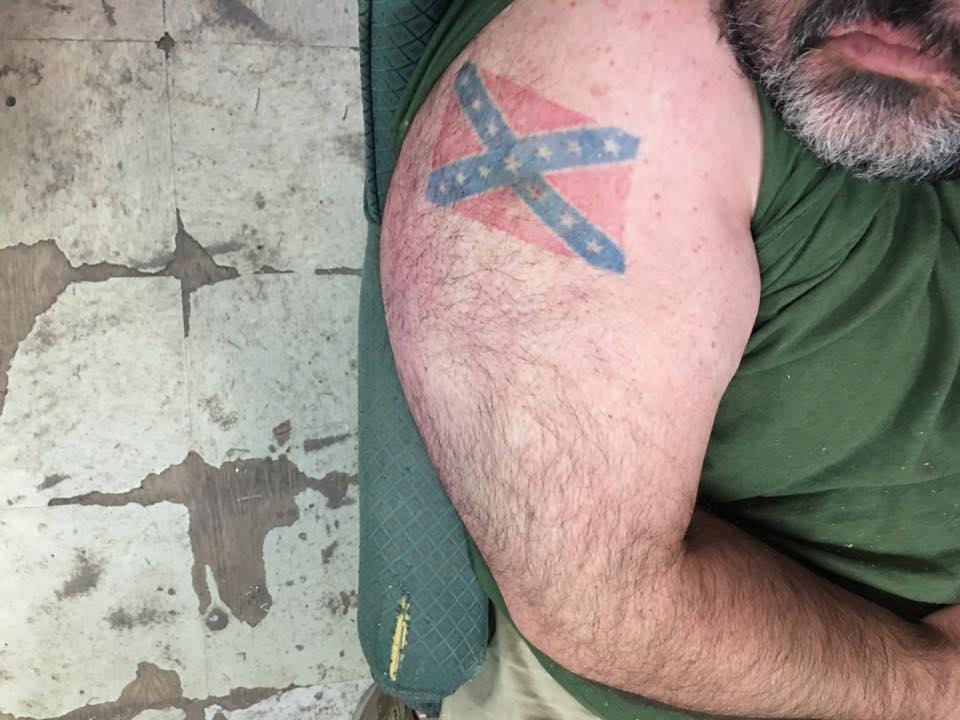 Justin Ratzlaff is the Chair of the Rio Grande County GOP, and he has a Confederate flag tattoo on his arm.

He says it’s because of “heritage.” Here he is posting a public plea on Facebook for someone to help him re-design it. Not to obscure it or to get rid of it or to tattoo over it, but to give it even more prominence. 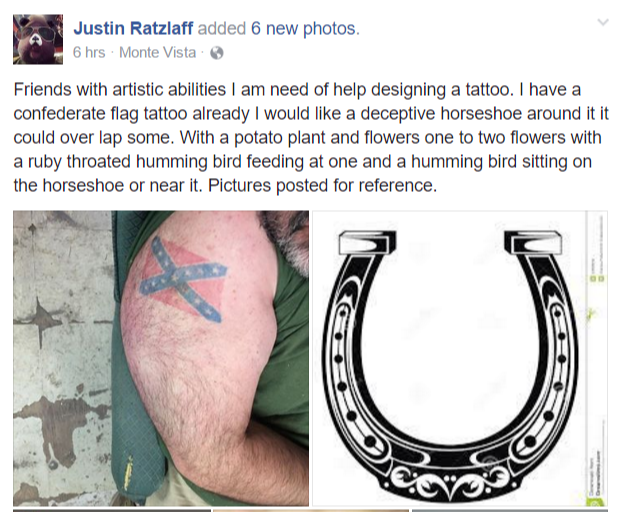 I’m not sure what would motivate someone to get a Confederate flag tattoo beyond outright racism. Ratzlaff has been seen on Facebook defending the flag before. He linked to a site that tries to make the case that the Civil War wasn’t fought over slavery and that the real racists were Northerners etc. These are all common themes for people who view the attempted succession of the South over slavery and the resulting Civil War as a righteous cause.

A few commenters tried to figure out why a “Colorado boy” would have a Confederate flag tattoo, but Ratzlaff wasn’t having that and later deleted their comments. 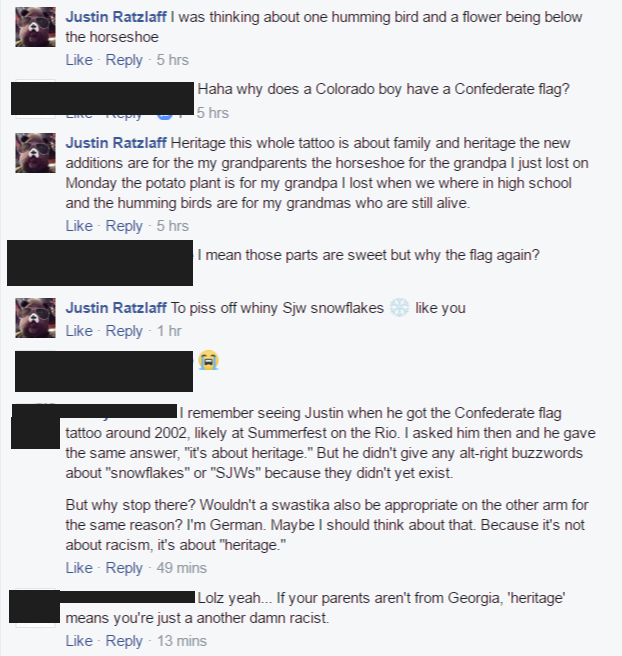 In his explanation, Justin says he got the racist tattoo in order to “piss of whiny Sjw (social justice warrior) snowflakes like you.” This seems to contradict the “heritage” claim.

In any case, when elected officials in the Colorado GOP feel perfectly free to publicly display racist tattoos, it says something about the new “normal” in politics. There have always been racists in the GOP, but they used to at least feel the need to hide their bigotry. These days, in Trump’s Republican Party, they wear it on their “sleeve.”