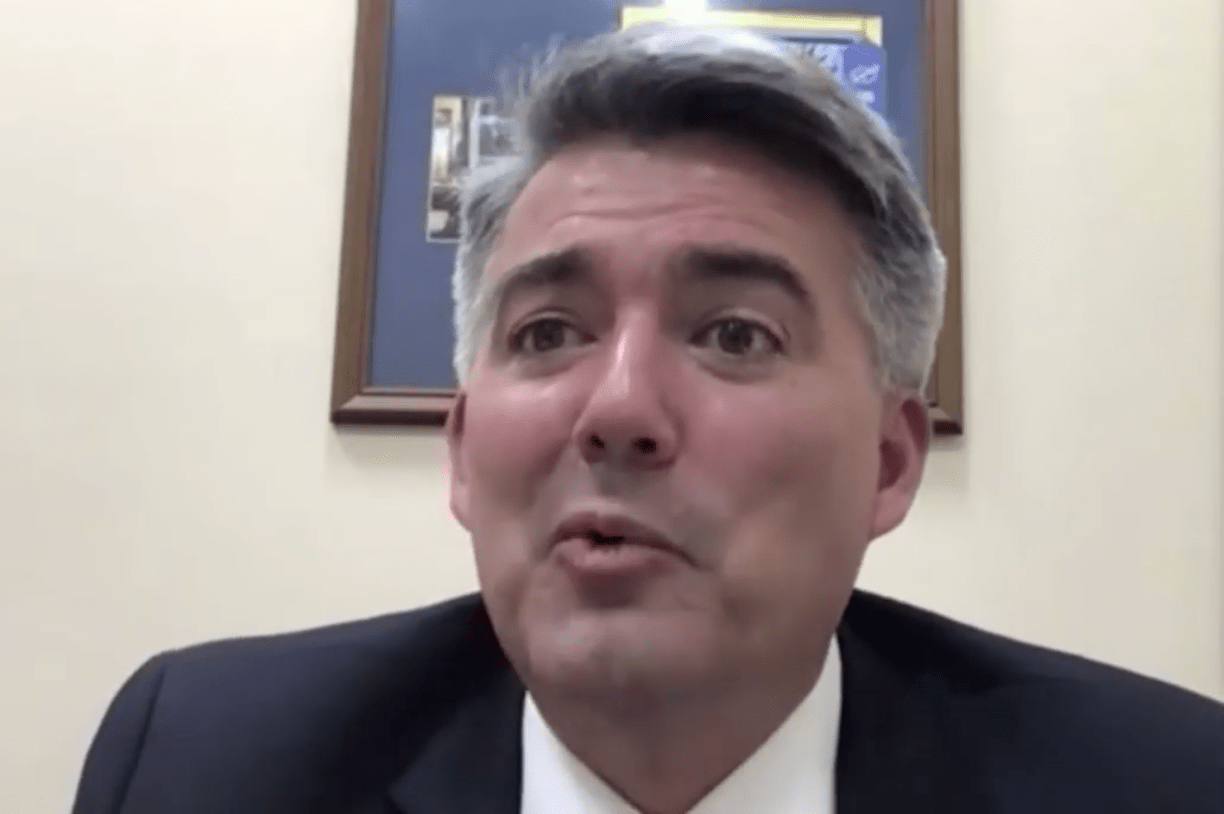 Ever since refusing to meet with Judge Merrick Garland, whom President Obama nominated to replace Justice Antonin Scalia on the Supreme Court, Sen. Cory Gardner (R-CO) has insisted his objection to Garland was about the process, not the person. In an interview last week, however, Gardner said his decision to block Garland was because he “disagreed with the selection.”

Interviewer: “In February of 2016, you said, ‘The next election is too soon. We shouldn’t appoint a new justice, need to let the American people decide this.’ I can read your exact quote, if you want. But now you’re saying that, it’s September 2020, and it’s not too soon, you’re interested in appointing new justice immediately versus qualified. So I guess my question is, why was February of 2020 — of 2016 — too close to an election but September of 2020 not?

Gardner: Yeah, I think it’s the same standard today that applied in 2016. The Senate majority exercising its advise and consent powers. In 2016, we did not move forward [garbled]. In 2020, I think it’s important we move forward to fill the judge. I disagreed with the selection in 2016. And I’m looking forward to a justice that is qualified, that won’t legislate from the bench, who will uphold the rule of law in the Constitution. So, that kind of a nominee put forward, my advice and consent will be to put that justice in place, just like it would have been in 2016, had that advice and consent been for a justice if admitted, that met and fit that criteria.”

This is a dramatic shift from his previous public position, which he has repeated since first announcing it in a March 2016 press release immediately upon Garland’s nomination:

“Our next election is too soon and the stakes are too high; the American people deserve a role in the process as the next Supreme Court justice will influence the direction of this country for years to come.”

“Sen. Gardner has not been doing his job as a senator. He is perfectly free after having met with Judge Garland to conclude that ‘this is not somebody that I am going to vote for…’ ”

Yet Gardner now seems to be saying that his decision to neither confirm nor even sit down with Judge Garland was in fact him exercising his senatorial powers of “advise and consent.”

In response to interviewer Brian Vicente’s follow-up question, Gardner first returned to the standard talking point about the same party controlling the Senate and the White House.

He then raised a new angle, noting “what happened to Brett Kavanaugh,” presumably referencing his contentious confirmation hearing.

Interviewer: I’m just going to take a second and read your quote, because it’s just interesting. So our next–this is February 2016–or next election is too soon. Stakes are too high. American people deserve a role in the process of choosing the next Supreme Court Justice, influence the direction of our country for years to come. So what changed between then and now? Why did the American people not deserve a say in November? What’s your take on that?
Gardner:  “Well, I think if you look at the differences between 2016 obviously, you have to go back to the 1890s, I think it is to find a similar situation where you had a Supreme Court justice confirmed, when you had an opposite majority, as you did in the White House. It’s a much different circumstance today. And I think we’ve seen what happened with Brett Kavanaugh.”

Gardner’s office did not immediately respond to an email request for comment. This article will be updated with any response received.