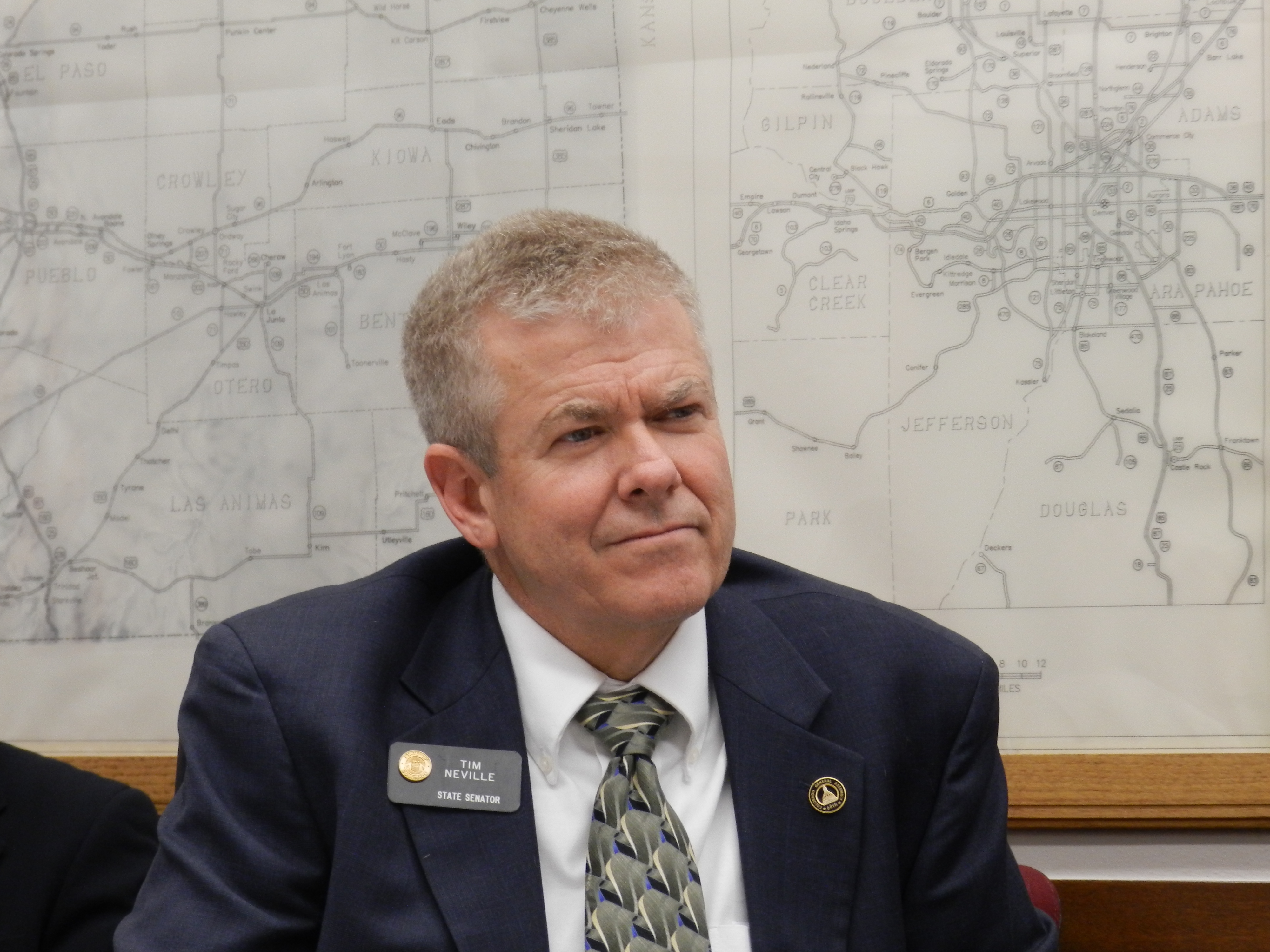 Ran across a post by state Sen. Tim Neville (R-Littleton) on Facbook in which he laments a law in Hawaii that requires sham “pregnancy centers” to let women know that abortion is an available alternative. 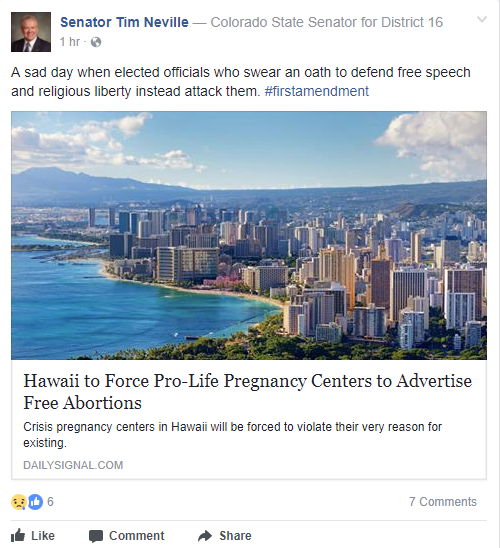 That’s pretty rich coming from a guy who pushed bills in the Colorado State legislature that would have required doctors to read a bunch of made-up stuff to patients, as reported by Madeleine Schmidt:

Once given an ultrasound, doctors would then be required to provide a laundry list of information to the patient, including an oral description the fetus, which the bill actually describes as a child.

It turns out Neville’s love and affinity for the First Amendment only extends to people who support the causes he believes in. Can someone tell Senator Neville that the beauty of the First Amendment is the fact that it protects everyone from coerced speech?