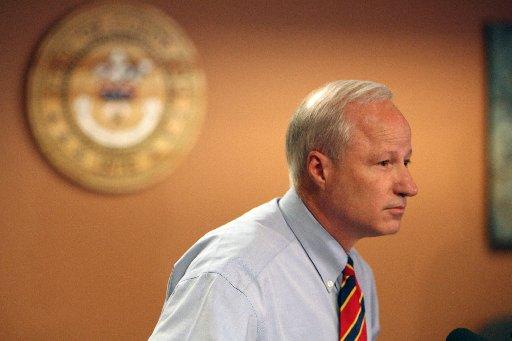 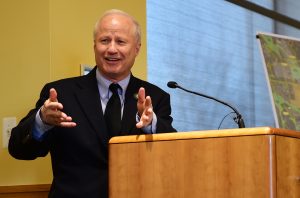 Unlike other Republican leaders in Colorado, U.S. Rep. Mike Coffman (R-CO) has basically said he doesn’t want to campaign with Trump–though he’s left the door slightly open to it.

Back in January, Coffman told Buzzfeed that it “probably wouldn’t be helpful” for him to host Trump in his Aurora district.

But moments after making those comments, Coffman caught up to Buzzfeed and clarified that “six months from now” it might be helpful to have Trump in Colorado, because “I don’t know what the future is going to be,” said Coffman.

Six months have gone by, and it doesn’t look like Coffman is jumping up and down to campaign with Trump.

Coffman Campaign Spokesman Sandberg: “I don’t think the president would come out to campaign for him. I don’t think we’d ask him.”

Meanwhile, Walker Stapleton, the Republican candidate for governor, and the head honcho of the Republican Party in Colorado are both excited about having Trump here to campaign for Republicans.

Stapleton has “already been in touch with the White House” and been told that the “President will come to Colorado, schedule permitting.”

Colorado Republican Party Chair Jeff Hays told a conservative talk radio host yesterday that Trump would “draw thousands of people” because “we know he’s going to get things done for the benefit of Coloradans.”

Tubbs: “Are you guys in talks right now to make that [welcoming Trump to campaign with Walker] happen?”

Jeff Hays:  Yes. And for a year-and-a-half, I’ve been totally open to the President coming out. I think that, hey, he’s got the bully pulpit. We’d have thousands of people who would want to see him, just like they did during his election. And I think it’s because we know more about him, now. We know that he’s going to get things done for the benefit of Coloradans. So, you know, the campaign and the Party are certainly in conversation about how to strategically map that out. So, yeah!  I would love to get on the president’s calendar.

Tubbs:  Let’s hope that can happen.

Other leading Republican candidates, like U.S. Rep. Scott Tipton, in Colorado have yet to voice their views on whether they want Trump here.

In 2014, Obama made a campaign stop in Denver in support of Gov. John Hickenlooper, who was running for his second term at the time.