FACT CHECK: Kirkmeyer Would Likely Vote To Ban Abortions Nationally — But Tries Not To Say So 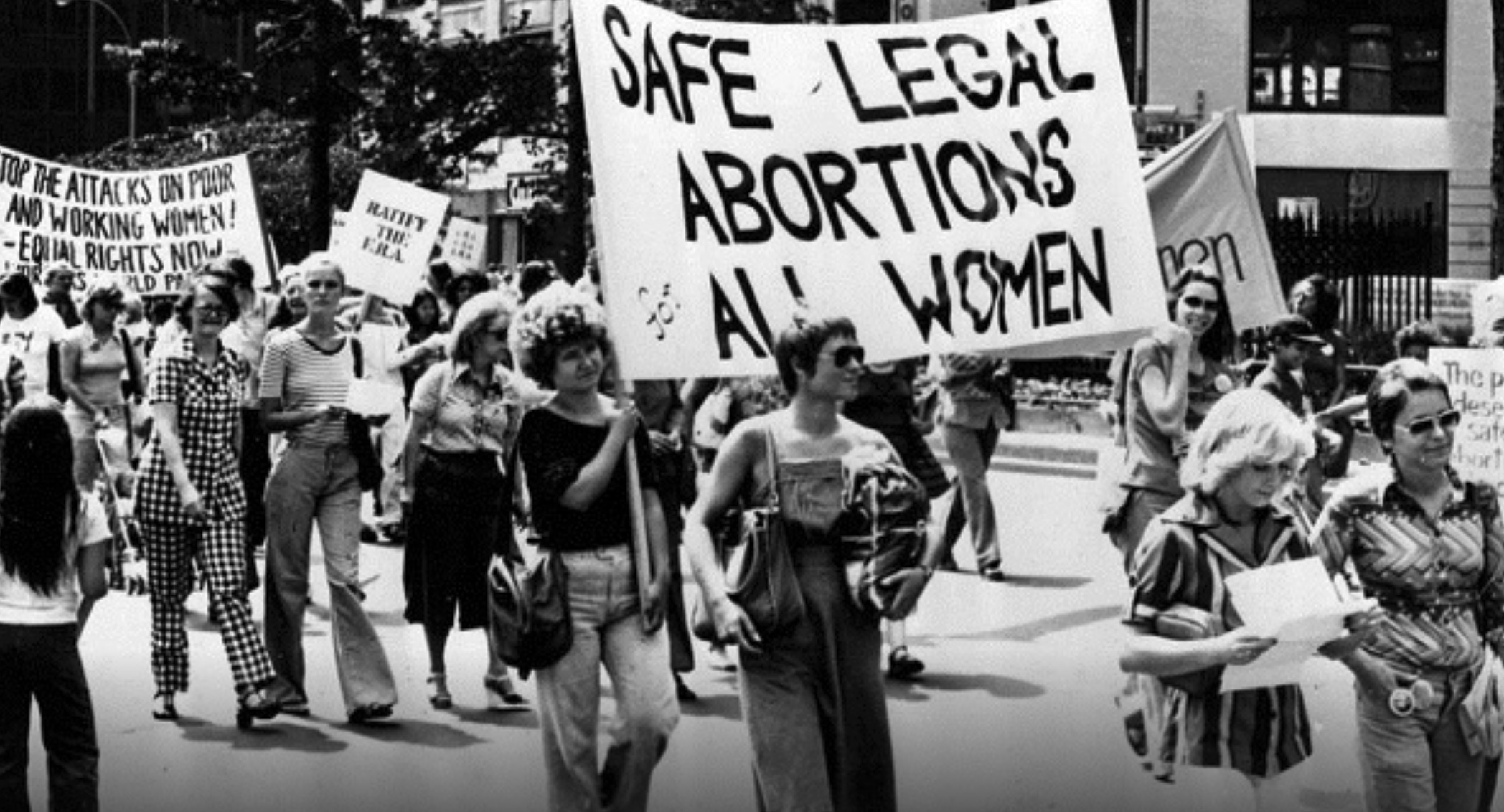 On this day 48 years ago, the U.S. Supreme Court affirmed abortion as a constitutionally protected right with its landmark Roe v. Wade decision. Six years prior, however, Colorado made history as the first state to legalize abortion in some cases with a trailblazing 1967 law.

Today, while Colorado remains at the cutting edge of abortion access, reproductive rights advocates are laser-focused on making those rights a reality for all by removing financial, legal, and other barriers that make abortion inaccessible for some despite Roe’s promise.

For advocates, the 48th anniversary of Roe presents a moment for reflection: on how far we’ve come from pre-Roe days, on the uncertain future of Roe given the solid conservative majority on the Supreme Court, and on the work that lies beyond Roe in ensuring that abortion is as obtainable as it is legal.

“While we celebrate that Roe is the law of the land, we also continue to work to address barriers,” said Dusti Gurule, Executive Director of the Colorado Organization for Latina Opportunity and Reproductive Rights (COLOR).

“For us at COLOR, Roe has a different meaning,” Gurule explained in an interview with the Colorado Times Recorder. “While we understand that the legality of abortion is critical, it does not ensure that everyone who seeks one can get one.”

“Oftentimes that’s women of color,” she said. “That’s low-income people, young people, immigrant people. For many communities, the right has never really been a reality.”

“When I think about Roe v. Wade today, I really see it as the floor or the baseline for rights, but not the ceiling,” said Karen Middleton, President of Cobalt (formerly NARAL Pro-Choice Colorado). “We still have to do so much more to make abortion actually accessible. In Colorado, we’ve done a reasonable job, but we have more work to do even here.”

“Roe is still the law of the land, and yet all over the country and even in Colorado, there are many, many people for whom it is a right in name only,” said Jack Teter, Regional Director of Government Affairs for Planned Parenthood of the Rocky Mountains. “For a long time, I think there was a lot of national and state conversation around protecting Roe, and I think the question now is, how do we go beyond Roe?”

Compared with other states, Colorado is a bastion of access to abortion. While most states restrict abortion after a certain gestational age, Colorado is one of seven states that leave it up to doctors to decide when to perform an abortion, a right that Colorado voters recently affirmed by soundly rejecting a 2020 ballot proposal to ban abortion after 22 weeks. Unlike many states in the region, Colorado does not impose waiting periods or place medically unnecessary restrictions on clinics that make it next to impossible for them to operate, referred to as TRAP, or targeted regulation of abortion provider laws, which have left some states with just a single operating clinic. As a result, Colorado is a safe haven for those seeking abortion care from across the nation and, in fact, the world, especially later in pregnancy.

Groups like COLOR, PPRM, and Cobalt have lead the fight to defeat abortion bans at the ballot box and at the legislature, and are also involved in a new Colorado initiative called Beyond the Bans that’s focused on improving access and eliminating existing barriers.

One such barrier is the state’s ban on public funding for abortion services, which means that those with publicly funded insurance aren’t able to get coverage for abortion care, except in cases of life endangerment, rape, or incest.

Gurule said that Colorado’s public funding ban “essentially tells people who are poor that they don’t have the same rights as others.”

The state also requires that parents of minors receiving abortion care be notified, presenting a substantial barrier for those with unsupportive families who might not want to involve a parent in their decision.

For many, cost is a prohibitive factor, particularly for those who don’t live near an abortion clinic and need to pay for travel and lodging, and potentially take time off work or arrange childcare, on top of the cost of the procedure itself.

For decades, advocates at Cobalt have maintained a fund to offer financial assistance for those who need help paying for an abortion procedure. More recently, they’ve begun coordinating more logistical support as well, like food and lodging for people who are traveling.

“Everyone’s in a really tough spot right now, and so for those who are experiencing an unexpected pregnancy when they may not be able to figure out how to pay rent next month, we need to really be there for them and help them,” Middleton said.

She added that along with the increased need for financial assistance, Cobalt has seen an increase in contributions to its fund.

“We have not had to turn a single person away,” Middleton said. “We’re in a position to be able to help grow the fund, and that’s something we’re really proud of.”

Advocates are also looking ahead to the 2021 state legislative session, which is scheduled to reconvene on Feb. 16 after a pandemic-caused delay. Once elected officials return, repro rights groups expect to ask them to finally end Colorado’s public funding ban.

Teter explained that although Medicaid technically covers abortion in cases of rape, incest, and life endangerment, a Colorado statute places an additional restriction on the kinds of facilities where Medicaid patients can get coverage for abortion, and those facilities are limited to the Denver metro area.

“For a sexual violence survivor who uses Medicaid and lives in Cortez, that’s a six and a half hour drive over a little a literal mountain range in order to use insurance benefits,” Teter said. “Even though it’s legal and technically Medicaid covers it sometimes, it is so inaccessible.”

Teter said lawmakers are planning on introducing a bill to lift that restriction, in addition to a bill that would permanently protect the preventive health care benefits that the Affordable Care Act created, including coverage for birth control and STI testing.

Even as advocates work to expand access through state legislative action as well as a new Democratic Congress and president, they’re bracing for a grim future with a Supreme Court that is already proving itself hostile to reproductive rights.

“It’s this bittersweet thing with the inauguration and the new federal administration, like that’s great, let’s have real conversations around what it looks like to expand access and get rid of [the Hyde Amendment],” Teter said. “But the legacy of the Trump Administration remains on the Supreme Court, and the Supreme Court’s decisions are going to come down just as soon as they would have if we didn’t have a new president in the White House.”

Already this year, the Supreme Court reinstated a rule requiring that medication used to terminate early pregnancies be picked up in person at a doctor’s office or health clinic. At the beginning of the pandemic, the rule was suspended, allowing patients to receive the medication in the mail and avoid the unnecessary risks of COVID-19 exposure associated with traveling and entering a doctor’s office.

Middleton called it “heartless” to “restrict people’s access to plan their families when they are losing jobs, when there’s financial uncertainty.”

In some ways, the coronavirus pandemic has offered a window into a future without Roe. In March, as bans on elective procedures went into place, some conservative governors pushed to classify abortion as non-essential. In Texas, for a period of weeks, abortion was virtually illegal, harkening back to pre-Roe days.

Teter said that PPRM saw a twelvefold increase in patients from Texas at its health centers after the ban went into effect.

“As we as we look at, in my opinion, the inevitability that the Supreme Court will be making a decision that will have a devastating impact on abortion access nationwide, I think that this is an interesting predictor for what that might look like,” Teter said.

Despite Roe’s uncertain future, advocates are certain that Colorado will remain a state where abortion is safe and legal. The work of honoring Roe’s legacy by making reproductive rights a reality still lies ahead.