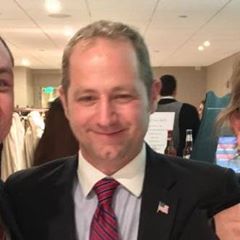 Jake Viano, chair of the Colorado GOP, has been eating up all the attention he’s gotten based on the harassment by an anarchist of Republicans in the Denver Pride parade. Viano was all over Facebook lamenting incendiary rhetoric:

I’m going to skip the fact that despite showing up at Pride (which I think is a good thing), the Colorado GOP and national GOP codified the most anti-gay platform in history last year.

What I want to talk about is what Jake Viano posted on Facebook just days later: 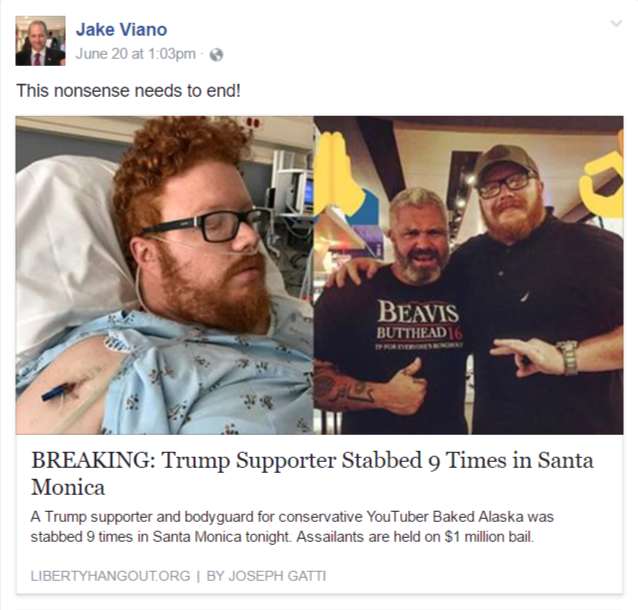 I’m not gonna link to “liberty hangout” because I don’t want to give them any clicks, but if you do read the story, you will find absolutely no evidence that the attack on this man was politically motivated and no evidence his attackers even knew his political affiliation.

So my question for Mr. Viano is this: Is smearing the left by implying without proof or evidence that an attack on a “Trump supporter” was politically motivated what you might consider “divisive polarization”?

Another post by Mr. Viano implies that people who oppose Trump are committing “assault” and “arson.” 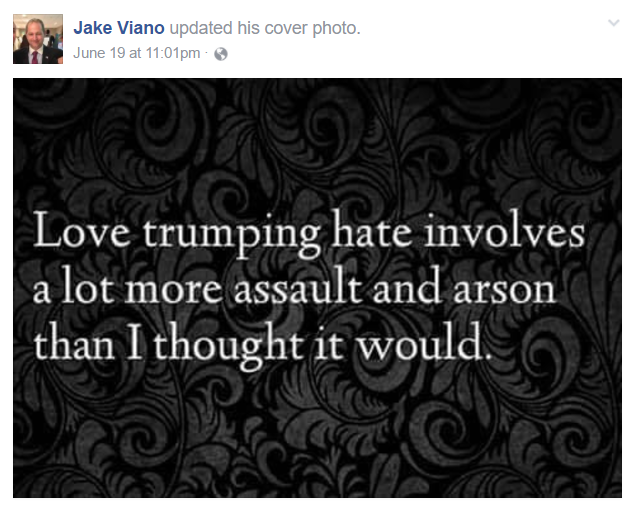 I hope Mr. Viano—if he truly believes his own rhetoric—will take down these posts and apologize for the false insinuations and the “divisive polarization” they reinforce. If he does not, I will assume he’s just using the Denver Pride incident as a cudgel to smear his political opponents.