An Interview With the Director and Producer of “Cardboard Cory: The Documentary”

Director Nick Rosen and Producer Caroline Beaton are behind “Cardboard Cory: The Documentary,” which tells an incredible story about the life and times of a cardboard cutout of Republican Sen. Cory Gardner (R-CO) and the political activists who made him happen. The film was funded by the Payback Project, which is a project of the progressive group, Indivisible. The Colorado Times Recorder interviewed Beaton and Rosen via email about their 15-minute film, which we reviewed in July.

The Non-Violins Marching Band (NVMB), a local advocacy group whose name is a play on ‘nonviolence’ and the fact that the group plays violas, filmed a video urging Coloradans to get out and vote, specifically voting by mail, in the 2020 General Election.

We’ve all done it. We’ve ignored a text or a call because we’re “running out the door,” or we’ve pretended an email weirdly “went to spam” when in reality, we really just didn’t want to have a tough conversation. I’ve definitely been guilty in my life of “somehow not seeing” that Bumble message after a bad date.

Like Trump, Boebert & Others Who’ve Supported QAnon in CO Have Yet to Denounce It

President Donald Trump added legitimacy to QAnon last week, refusing to denounce the baseless conspiracy theory and throwing renewed focus on other political leaders who are in Trump’s camp when it comes to QAnon. 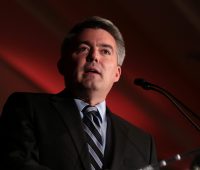 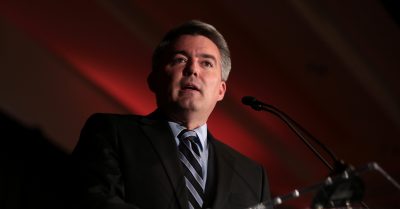 A formal complaint filed last week with the U. S. Senate Select Committee on Ethics asks for an investigation into Colorado Sen. Cory Gardner’s use of unsolicited robocalls to promote a tele-townhall COVID-19 update within 60 days of the election.

Health experts in Colorado warn that contracting COVID-19 and influenza at the same time could lead to “more serious complications,” according to a press release last Thursday from the Colorado Department of Public Health and Environment (CDPHE).

Republican state Senate candidate Lynn Gerber took to Facebook over the weekend to dispute reports that she supports the QAnon conspiracy theory.

When the Dust Settles

Today is Thursday, October 15th. The air is swirling with dust and smoke; cornhusks are blowing across the road; the future of the United States will soon be up for vote; and we’re all a little crazy right now.

The myth that abortion causes vast negative physical and psychological side effects is frequently parroted by anti-abortion activists, who falsely claim that abortion can cause everything from breast cancer to suicide.