Biden in Jan. 6 Speech Accuses Trump of Holding a “Dagger at the Throat of America” 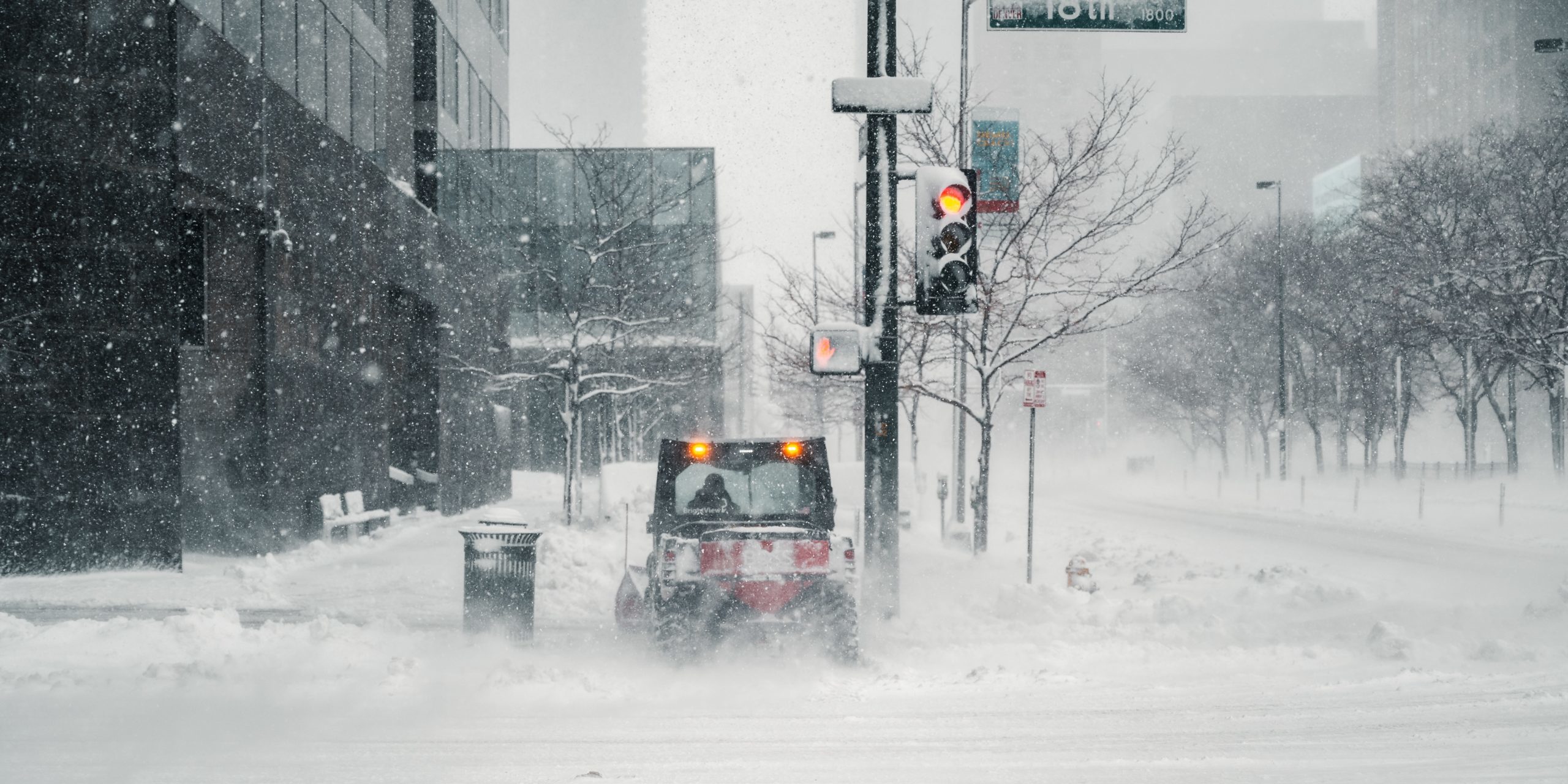 On Dec. 21, 2022, the temperature at Denver International Airport dropped 37° F (from 42° to 5°) in one hour, the largest recorded hourly drop in Denver in the National Weather Service’s tracking history.

A Colorado Times Recorder analysis of 85 news articles written about the record-breaking cold snap in Denver and surrounding areas found only four that mentioned climate change.

This is in spite of the fact that climatologists say such temperature dives are consistent with unusual weather patterns that are expected as part of a warming climate.

Our analysis reviewed articles written by local, statewide, and national publications that referenced the cold snap in Denver, even if the articles were not exclusively focused on the event. For example, an article in the Washington Post headlined “Winter storm to trigger dangerous blizzard, high winds and Arctic cold,” published on Dec. 21, served as a national roundup for many of the various extreme cold events in the U.S., but specifically mentioned Denver’s unusual cold rush. For that reason, we included articles like that from national outlets in our analysis. The Washington Post story did not mention climate change or global warming.

Of the four stories about the cold snap that reference climate change, three were published by the Denver Post. The other story was published by Axios and written by climate and energy reporter Andrew Freedman. The Axios story, headlined “’Historic’ winter storm and Arctic blast sweep across the U.S.” discussed the storm from a national perspective but did discuss the Denver cold snap as well as global warming’s impact on extreme weather.

The three Denver Post stories were written by reporters Bruce Finley and Sam Tabachnik, respectively, and were published between Dec. 21 and 22. Finley wrote two of the articles.

The Colorado Times Recorder asked Tabachnik why he decided to include a discussion on climate change’s effect on extreme weather events in his story.

“I think it’s important for reporters to mention climate change when they write about extreme weather to give readers the context that these events are more likely to occur as the planet warms,” Tabachnik said. “This is not a ‘both sides’ topic.”

In one of those stories, National Weather Service meteorologist Russell Danielson explained to the Denver Post that unusually warm air near the North Pole pushed cold air south towards Denver, which contributed to the cold snap along with other factors such as high-level wind.

“When you dislodge that cold air, it has to go somewhere,” Danielson told the Post in a December interview. “It is a teeter-totter. … It is quite amazing at the moment — definitely an anomalous pattern. With climate change, we do expect more weather extremes. They are one thing we can expect more of going forward.”

Extreme weather events have increased in recent years across the globe, mostly due to climate change caused by carbon pollution from humans — though scientists point out that it’s not possible to conclude that a single weather event, like an extreme cold snap, is caused by climate change. A report from the environmental advocacy group EarthJustice discussed research that found that while rising global temperatures are decreasing the length of winters, they are increasing the severity of winter storms.

Dec. 21’s cold snap ranks as one of the most severe in Colorado history. DIA plunged to -24° F at one point, just 18 hours after being 51° F. That 75° temperature swing is a state record over that amount of time. One Twitter user who took a video of the visible cold front coming into Denver claimed that where he was, the temperature dropped 30° F in just over five minutes.

Several articles from Colorado media outlets focused on issues migrants and members of the homeless population in the state faced during the cold snap, including providing information on warming shelters in the area. Studies have found that climate change disproportionally affects marginalized communities, the homeless, and citizens of the global south.

This question — asking how journalists should cover extreme weather events in relation to climate change — is not a new one in Colorado.

In 2020, Corey Hutchins, Colorado College journalism instructor and author of the Inside the News in Colorado newsletter, wrote about how Colorado media outlets covered that year’s devastating wildfire season. Specifically, Hutchins interviewed journalists who explained the difficult position they are placed in: how to break news about an emergency (Colorado wildfires) while also placing said emergency in a broader context (how global warming contributes to harsher wildfire seasons in Colorado).

The Colorado Times Recorder asked Angie Chuang, a former reporter and current journalism professor at the University of Colorado Boulder about this dynamic.

“While I can’t speak for all journalists and organizations, I think it’s safe to say that most U.S.-based mainstream organizations don’t find the fact that climate change is affecting or causing extreme weather events controversial,” Chuang said. “The impact is real, and the human costs are as well. However, as specific events are breaking, there usually isn’t real-time information about the degree to which scientists, meteorologists, etc., can discern exactly how much a storm, cold snap, disaster, etc., is due to climate change vs. other factors. In the absence of that information, some reporters may opt to not mention that larger context.”

Chuang also explained her resistance to extreme weather coverage that reduces climate change as something that caused a specific event, as well as her view that journalists try to not frame the issue as whether or not they mention climate change in an article (as we did in our media analysis).

“I’d suggest that journalists not frame the issue as mentioning climate change vs. not mentioning climate change because the dichotomy relies on some determination that may be difficult to make on deadline about the root causes of the severity of the weather event,” Chuang explained. “Also, if we make ‘mention climate change’ the default practice, then we risk just that — the issue is reduced to a mention, the news equivalent of a hashtag, without examining deeper issues. Instead, I’d suggest climate change as an essential piece of contextual reporting all reporters covering weather events should consider and fully investigate — if not on deadline, then in follow-up stories.”

Chuang had a suggestion for how journalists can handle the balancing act of covering a breaking news event with ensuring the climate change aspect is not ignored.

“Beyond mentions, I’d urge journalists to look at climate change as a broader phenomenon that continues to exist and affect people and the environment whether or not a single event is ‘due to’ it,” Chuang said. “So if we look at a cold snap, the contextual reporting should address, ‘as temperature extremes likely become more common, who will likely be most impacted?’ (Spoiler alert: People with the fewest resources, who are already vulnerable.) The question of whether the event is due to climate change likely should be reported in a more in-depth way that looks at extremes over time and their impact over time, rather than focusing on a single event. That ongoing reporting, ideally, can be referenced during breaking news events, but should allow journalists to provide more information than a simple mention.”

Covering Climate Now, which partners with over 500 news outlets worldwide, published an in-depth explainer for journalists and newsrooms to improve their climate crisis coverage. It contains tips on how to better incorporate climate change into their coverage of extreme weather events.

The explainer states that “extreme weather stories that fail to mention climate change should, in turn, be viewed as incomplete and perhaps inaccurate.”

“Some good news: Weather is a story that journalists already tell well. It’s a top reason audiences tune in to local news. And when extreme weather strikes, meteorologists and reporters at all levels perform admirably, almost without fail. Reporting the climate connection therefore finds journalists in a position of relative strength.

The solution is simple. Often a single, well-placed sentence or clause will do the trick. That is, climate change needn’t be the story or the main thrust of a piece to merit prominent mention. Whether reporting on a looming storm, amid 95mph winds, or in a storm’s devastating aftermath, just say: ‘This storm is exactly the sort of event scientists around the world associate with global warming,’ or, ‘The hurricane/fire/drought/flood comes at a time when human-caused climate change is making storms like it fiercer and more frequent.’”