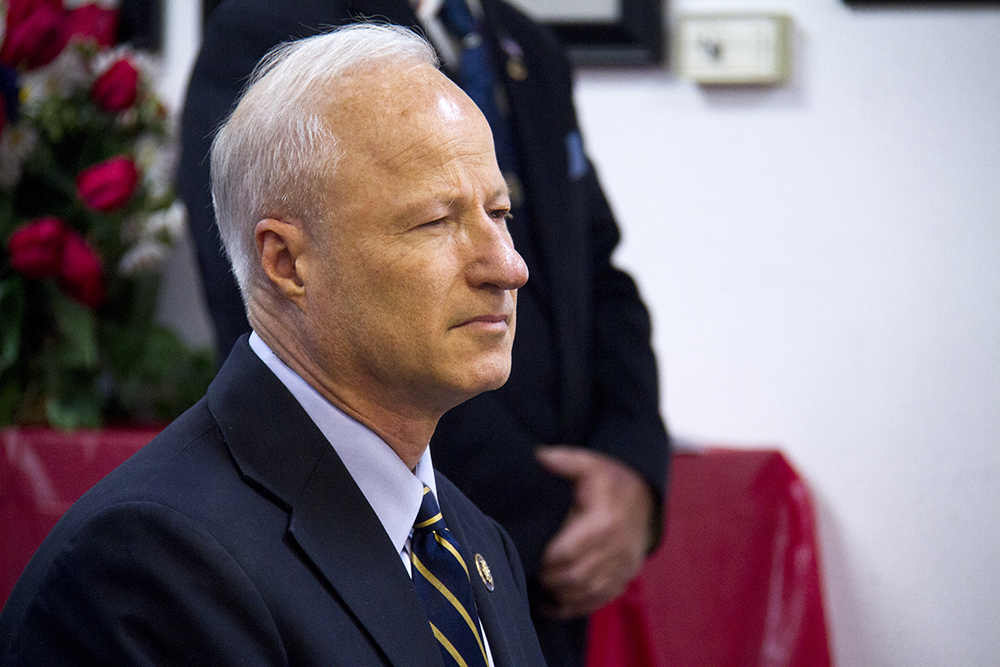 Colorado Congressman Mike Coffman bashed the New York Times this morning for publishing an opinion piece, written by an anonymous “senior” Trump official who was aiming to spotlight the dangers posed by the president.

The Times should “probably tighten up on these anonymous sources,” explained Coffman to KOA 850-AM Morning News host April Zesbaugh, adding that it was “very disappointing” because “anybody in the White House or outside the White House could have written that.”

Coffman turned his attack on Times, instead of addressing the content of the op-ed, which included this:

“The root of the problem is the president’s amorality. Anyone who works with him knows he is not moored to any discernible first principles that guide his decision making…”

From the White House to executive branch departments and agencies, senior officials will privately admit their daily disbelief at the commander in chief’s comments and actions.”

The New York Times prefaced the opinion piece by writing that the senior Trump official who wrote it is “known to us” and his or her “job would be jeopardized by its disclosure.”

Professional journalists carefully use anonymous sourcing to inform the public of information that would otherwise be impossible to report–about topics ranging from the Vietnam War (Pentagon Papers) and presidential law-breaking (Watergate) to child abuse in the Catholic Church (See Spotlight.) to the exposure of government waste via whistle blowers, and much more.

Journalists will advise readers to beware of anonymous sourcing from news outlets that aren’t trustworthy. The New York Times, though not perfect, is among the most trusted news outlets in the world.

An email asking Coffman, a Republican, what he thinks of the substance of the Times opinion piece, for example, its plea for Americans to cross party lines and stand up to Trump, was not returned.

Not only did Coffman not answer Zesbaugh’s question about whom he thinks wrote the piece but he chose to provide a non-answer that didn’t address the shocking information about Trump in the op-ed.

Politicians, like Trump himself in his rantings against the news media, are known known to attack the press when confronted with stories they disagree with.

Coffman’s shoot-the-messenger attack on the Times reflects his decision last year to call for an investigation of the Federal Bureau of Investigation, after FBI surveillance led to the resignation of Trump National Security Adviser Michael Flynn.

Here’s a transcript of Coffman’s statement this morning:

ZESBAUGH:  You’re in the beltway – how much buzz is there today about who in the White House wrote that OpEd in the New York Times?

COFFMAN: Oh, I don’t know  [laughs].  You know, I  think they should probably tighten up on these anonymous sources. I mean, the fact is, anybody in the White House or outside the White House could have written that. So,  [It’s] very disappointing.