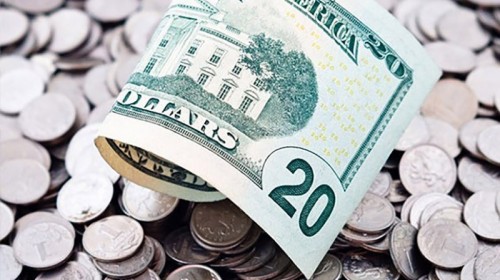 Despite recently reporting low contributions, the campaign against raising Colorado’s minimum wage has paid for over $2 million in TV advertisements, according to Colorado Families for a Fair Wage.

Keep Colorado Working has been at the forefront of the effort to keep Amendment 70, which would gradually raise Colorado’s minimum wage to $12 an hour by 2020, from passing. They reported under $23,000 in contributions in the most recent round of campaign finance reports, which were turned in last Monday.

This begs the question: Where’s the money coming from?

Patty Kupfer of Colorado Families for a Fair Wage said in a news release that the opposition is “trying to cover up where their funding is coming from by holding off on reporting contributions.”

At this point, the majority of anti-70 funding has come from major national organizations like the National Restaurant Association and the D.C.-based Workforce Fairness Institute. Key contributors also include large corporations such as the Florida based Bloomin’ Brands, Inc. PAC, which represents restaurant chains like Outback Steakhouse.

Kupfer isn’t surprised big national corporations are pushing to derail the minimum wage increase. “But Colorado voters know that it’s not fair when the CEO of Bloomin’ Brands, one of their largest supporters, earns almost $120,000 a week while a minimum wage worker brings home less than $300 per week.”

Tyler Sandberg of Keep Colorado Working told the Denver Post that raising the minimum wage would cause small business owners to lay off their employees. The TV ads claim Amendment 70 would cause 90,000 lost jobs if passed, but cite a study by Eric Fruits that has been contested by Colorado economists.

Director of policy and research at The Bell Policy Center Rich Jones says the study is “nonsense,” and that the body of economic research clearly shows that a modest minimum wage hike does not result in significant job losses.

A recent study from the University of Denver adds to the evidence in support of Amendment 70. It shows that a minimum wage hike will benefit Colorado’s economy, increasing the state’s Gross Domestic Product (GDP) by approximately $400 million and augmenting the incomes of one in five households.

It also clearly dispelled assertions that the passage of Amendment 70 would cost jobs.

For anyone questioning the validity of claims being made regarding the minimum wage debate, the United States Department of Labor has created a “Minimum Wage Mythbusters” page.