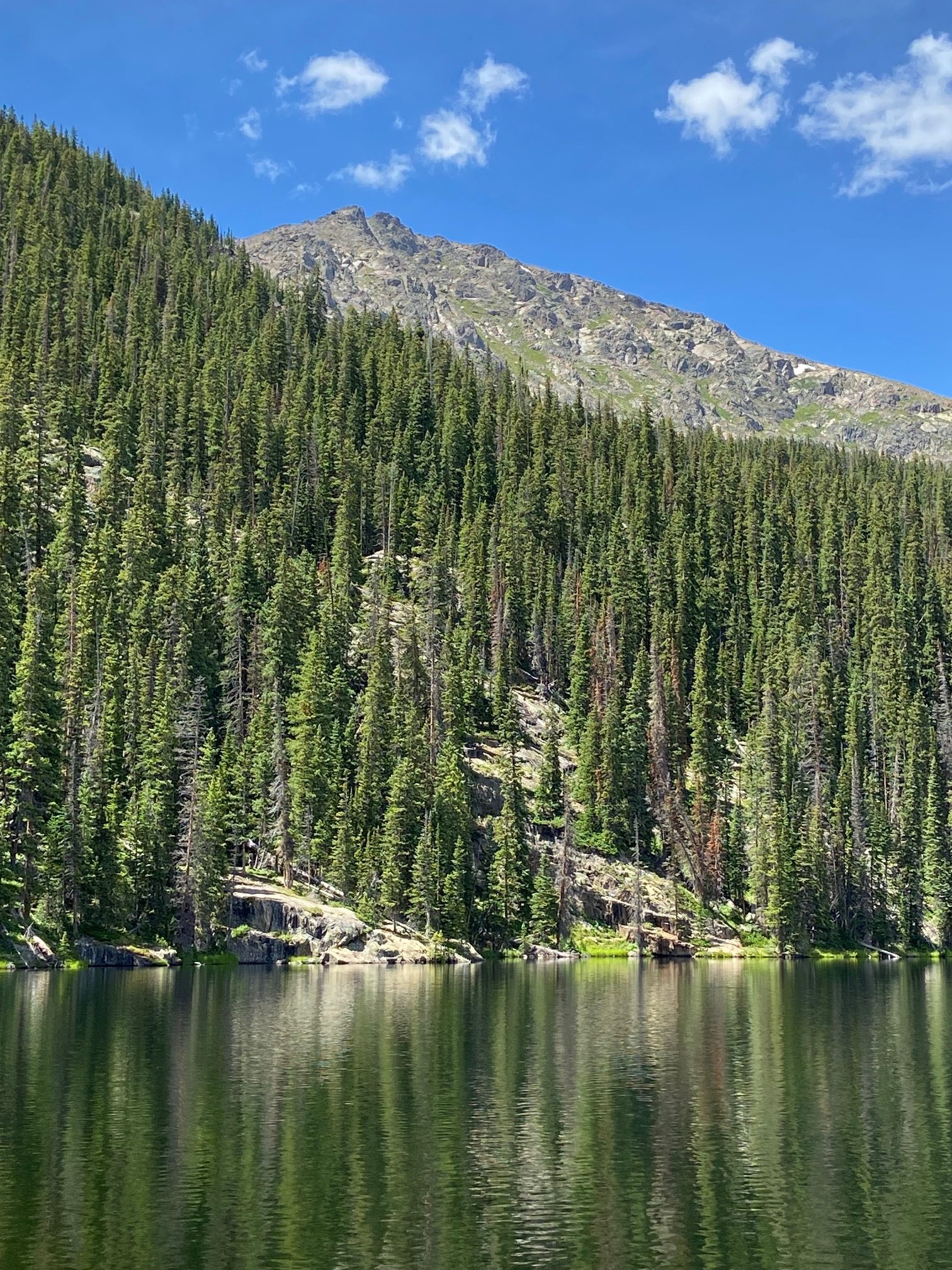 In a radio interview last week, Colorado Republican U.S. Senate candidate Joe O’Dea said that if he’s elected next week, he’ll push for returning federally owned public lands in Colorado to state control – a move that could lead to even more industrial uses in the national forests.

“Well, I think we do need to change the way the federal government works,” O’Dea said. “Whatever land they can grab, they want to grab; … whatever land they can’t grab, they want to regulate; and whatever grant land that we own, they want to tax. And I’m telling you that that’s got to change. I’d be an advocate for returning some of this land to the states. I think we do a better job managing that locally than at the federal level. Anytime you have locals on the ground that know what’s going on, you’re going to do a better job.”

O’Dea owns a concrete company that has benefitted from federal and state funds for various conservation and transportation projects. Boebert’s husband is a high-paid oil and gas consultant.

Most federally owned lands in Colorado are open to various degrees of industrial activity — from oil and gas drilling to mining to logging to cattle grazing – all on a permit basis. The Camp Hale-Continental Divide National Monument designation will restrict most of those uses on the U.S. Forest Service land, including through an administrative withdrawal in the Thompson Divide area near Carbondale, which is comprised of USFS and Bureau of Land Management land.

The Camp Hale monument designation – Biden’s first – is aimed at honoring the U.S. Army’s 10th Mountain Division that trained there, Ute tribes and Colorado ski history, and came after the U.S. House passed the Colorado Outdoor Recreation and Economy (CORE) Act that included those protections five times. Sponsored in the Senate by Bennet, the bill, which protected more than 400,000 acres, could not garner 10 Republican votes to overcome a filibuster.

O’Dea opposed the CORE Act and its Camp Hale protections and said the Wilderness Act should be changed to allow for mechanized travel, which is prohibited in wilderness areas. The Camp Hale area and nearby Tenmile Range in the new monument designation will not be wilderness areas.

O’Dea and GOP members of Colorado’s congressional delegation have tried to portray both the CORE Act, which Democrats are still working to pass, and the national monument designation as unilateral Democratic efforts. In fact, the CORE Act was pared down from a much larger proposal through more than a decade of bipartisan negotiations at the state and local levels.

“I’ve always been puzzled by [Republicans’] lack of support for the CORE Act,” Bennet has previously said of the bipartisan local process that led to the bill. “This is a bill that has broad bipartisan support all across the West Slope of Colorado. Every single county that has land in the CORE Act supports that part of the CORE Act that’s in their county and seven of the nine counties support the CORE Act itself. There’s never been a public lands bill in Colorado that’s had more public participation …. It was not written in Washington, D.C.”

Asked via email what specific federal lands in Colorado O’Dea would try to transfer to state control, which would require approval by Congress and a signature from the president, as well as state funding to manage the newly obtained lands, Kyle Kohli, Communications Director for the O’Dea Campaign, wrote, “Joe O’Dea supports a return to the policy of giving local communities an expanded voice in the management of our federal lands. Local citizens have the greatest stake in the management of our land, water, and resources and these locals deserve a greater voice in their management. Newsflash to Joe Biden and Michael Bennet: Washington bureaucrats should listen to local communities.”

“Michael’s work in Washington to protect Colorado’s public lands has been informed by what he hears from people on the ground all over the state,” Bennet for Colorado spokesperson Georgina Beven wrote in an email. “Joe O’Dea’s suggestion that public lands should be returned to the states makes it clear that he’s spent more time listening to the oil and gas industry than he’s spent listening to Coloradans.”

While there was no Republican Party platform in 2020 – just whatever former President Donald Trump wanted — transferring federally owned public lands to the states was in both the 2012 and 2016 party platforms.

During the 2016 campaign, Trump complained that “in the rural areas, those who for decades have had access to public lands for ranching, mining, logging, and energy development are forced to deal with arbitrary and capricious rules that are influenced by special interests that profit from the D.C. rule-making and who fill the campaign coffers of Washington politicians.”

But Trump was all over the map on the issue during his first campaign.

During his presidency, Trump was slammed in conservation circles for rolling back public lands protections by shrinking Bears Ears and Escalante national monuments in Utah. Biden restored those protections, prompting a lawsuit by the state of Utah.

A majority of Colorado lawmakers have long supported federal management of taxpayer-owned federal lands in the state, designating a Colorado Public Lands Day despite some GOP opposition and receiving strong local support from county commissioners on the Western Slope.

“This ‘Sagebrush Rebellion’ stance on public lands is anti-democratic and anti-Colorado,” state Sen. Kerry Donovan of Vail said in an email. “Public lands belong to everyone. This is one of America’s greatest inventions. Time and time again, Colorado has expressed its support for keeping public lands open and accessible. That’s not what the Bundy’s Sagebrush Rebellion advocates for when they declare land be returned to the states. O’Dea’s alignment with the Bundys is a value that is far, far removed from the voters of Colorado.”

According to a recent Center for Western Priorities poll, 8 in 10 Coloradans support national monument protections for CORE Act areas. The League of Conservation Voters Action Fund, which has backed a pro-Bennet PAC, called O’Dea “dangerously out of step” with Coloradans for casting doubt on the scientific consensus on climate change and opposing the CORE Act.

American Policy Fund, the Super PAC backing O’Dea, is funded by the construction and oil and gas industries – including $100,000 from the Colorado Oil and Gas Association and $50,000 from a heavily fined oil and gas operator. O’Dea has questioned climate science and pushed for more domestic oil and gas production and less regulation.

Besides spearheading the CORE Act and Thompson Divide protections, Bennet has been a leader on the issue of protecting federally-owned public lands across the state, working on preserving places such as Chimney Rock, the Hermosa Creek Watershed, Browns Canyon, the Amache National Historic Site and the Dolores River Canyon, to name a few.

“Colorado’s public lands are critical to our economy, our heritage, and our way of life, which is why I’ve worked with communities across Colorado to safeguard our public lands for over a decade,” Bennet said in an email to the Colorado Times Recorder. “Protecting our public lands is what we owe the people who came before us, and it’s what we owe our kids and our grandkids who will come after us.”