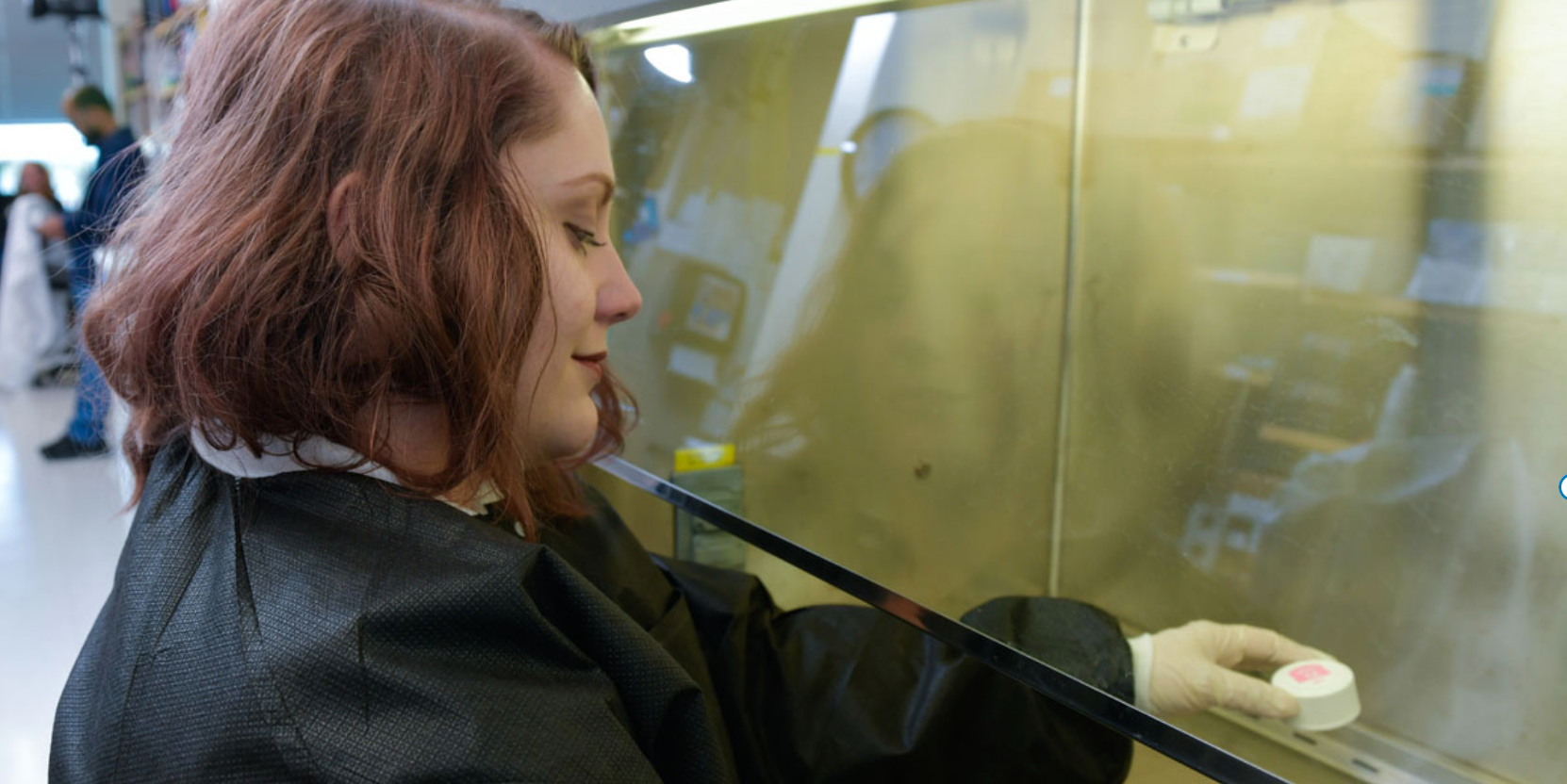 Dengue may not be a top-of-mind malady for those in Colorado, but it infects about 400 million people worldwide each year – roughly four times the official cumulative U.S. coronavirus case count. West Nile virus put several people in UCHealth University of Colorado Hospital at the Anschutz Medical Campus (UCH) this summer. Zika remains a threat in the Americas and beyond.

These are different viruses, but they belong to a class of about 70 flaviruses in the crosshairs of an eight-person research group led by University of Colorado School of Medicine infectious disease specialist and UCHealth physician Dr. David Beckham. Their aim is to genetically engineer a skeleton key to unlock an entire class of viruses to the rapid-fire creation of vaccines as these flaviviruses inevitably mutate – and they mutate faster than even flu viruses do. The work could one day improve the lives of millions of people the world over.

Beckham, who sees inpatients through the infectious disease service at UCH, has won major National Institutes of Health grants to move the work forward. The idea, he says, is finding commonalities that run across the flavivirus family’s RNA genome and make changes such that the viruses are strong enough to replicate but too weak to multiply themselves enough to cause infection.

Doing so could open the doors to new live attenuated vaccines that prep the immune system for the invasion of a more dangerous virus. In Marvel Cinematic Universe terms, it’s about genetically engineering a Bruce Banner virus to gird the immune system for a wild-type Hulk virus. (MMR, varicella, rotavirus, and intranasal influenza vaccines are examples of live attenuated vaccines available today.)

“That’s the big push in the field: to come up with these broad-based platforms where we can swap genes in and out and quickly come up with a vaccine for newly emerging viruses,” Beckham said.

Cells to mice to humans

The team is making progress, he says, but this is basic research, and it’s going to take time. At the moment, the team is focusing mainly on reengineering Zika viruses with a focus on genes in the 3’ (“three-prime”) untranslated region at the tail end of the flavivirus’s genome. This region doesn’t encode viral proteins as such but appears to help the virus evade mammalian immune systems.

Beckham’s team has shown that Zika viruses weakened through their gene edits brought about immune responses in mouse and human cell cultures, and they’ve moved on to see how the immune systems of mice react to these attenuated viruses. Once effectiveness and safety have been established in mice, they’ll move on to experimental drug approval by the U.S Food and Drug Administration. That will set the table for a human phase 1 clinical trial to establish its safety, which could happen in two to three years, Beckham estimates.

In the meantime, his team is also pursuing variations on their established themes. CU School of Medicine microbiology Ph.D. student Sarah Leach is, as she put it “essentially gluing two viruses together,” in this case by combining the RNA that encodes the proteins that create the envelope of a dengue virus with the nonstructural proteins of a Zika virus tweaked in that 3’ region. She’ll then see if the chimeric (mixed) and weakened virus can protect from dengue virus infections.

“So I combine those two parts, the dengue virus structural part and the Zika virus nonstructural part, and then hopefully come up with a platform to make a live attenuated RNA vaccine for dengue virus,” Leach said.

That wasn’t easy to say, and it won’t be easy to do. The effort will take years and ideally earn her that Ph.D. along the way. Leach says she’s ready for the challenge. She loves the process of thinking through what might work better and learning from the false starts and dead ends inevitable in the scientific process. But she and her colleagues are also clear on the potential impact of their work.

Climate change is expanding the range of the Aedes species of mosquito that spreads dengue, for example. The disease is a risk to 40% of the world’s population today experts believe that will rise to 60% by 2080 as the planet warms.

“I think we as a society have put these viruses on the back burner because they don’t affect people in the United States and Europe as often,” Leach said. “But this is a threat that is coming for us, and we have to be prepared.”

Editor’s Note: During the pandemic, the Colorado Times Recorder will occasionally post articles, like this one, from UCHealth Today, which is published by UCHeatlh, the hospital associated with the University of Colorado School of Medicine.