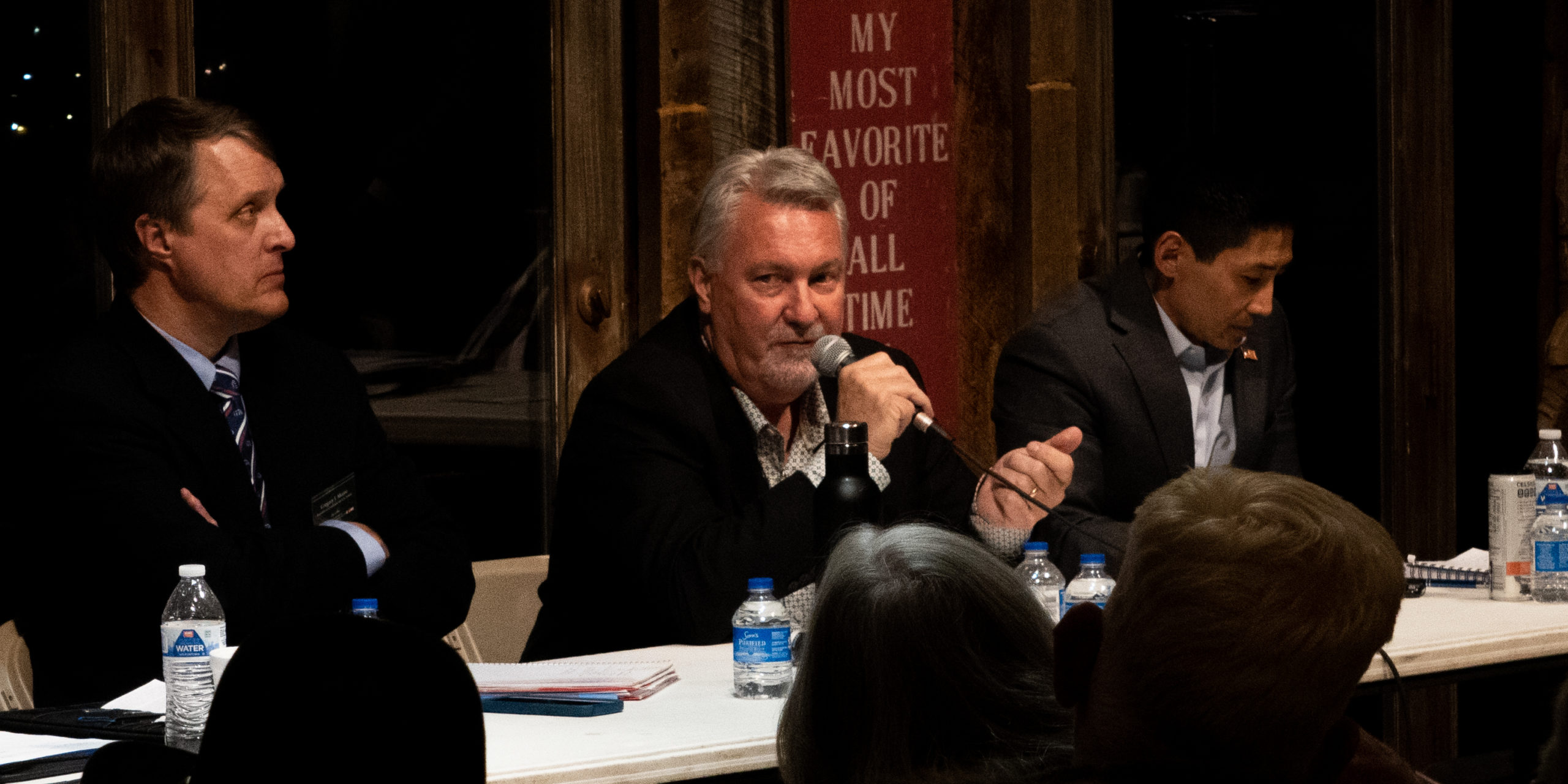 During a Republican U.S. Senate candidate forum in February, Denver businessman and U.S. Senate candidate Joe O’Dea said he had friends who attended January 6, characterized it as a “rally,” and compared participants to those who took part in nationwide police brutality protests that occurred during the summer of 2020.

Joe O’Dea: “… I had friends that were at January 6. They went nowhere near that building. That’s a rally in my opinion. If somebody’s breaking the law, no matter if it’s the summer of ‘mostly peaceful’ protests that we saw. I think the hand of the law should be the same. Take people that are violent, get them out of here and move forward.”

Listen to the full question and answer below:

Here is audio of a quote from my story yesterday on @ODeaForColorado campaigning with election fraud conspiracists. O’Dea says “I had friends who were out at January 6,” and declines to call it a violent insurrection. #cosen

O’Dea’s campaign did not respond to a request for comment, so it is not clear who exactly O’Dea is referring to when he says he had friends “at January 6th.”

However, Wendy Ferland Meritt — the wife of O’Dea’s business partner who is a maximum donor to O’Dea’s campaign and has hosted fundraisers for him — is an election fraud conspiracy theorist who admitted that she attended not only attended the Jan. 6 ‘Stop the Steal’ rally, but then “walked down to Capitol.” In a tweet from her since-deleted account, she describes police taking down barricades.

In February, the RNC declared that the Jan. 6 riot was “legitimate political discourse.” The riot occurred when over 2,000 supporters of Donald Trump — egged on by Trump’s claims that the 2020 presidential election was fraudulent — stormed the U.S. Capitol grounds and building, threatening violence against elected officials. The riot resulted in the deaths of nine people.

During his answer, O’Dea compared the violence at the U.S. Capitol to violence during the 2020 protests against police brutality that occurred around the country.

In response to this increasingly popular Republican talking-point nationwide, Black activists point out that while the Capitol attack was based off debunked claims of election fraud by politicians who lost those elections, the police brutality protests were a response to systemic and very real injustices to marginalized communities.

They are also pointing to the difference in police response to the 2020 protests compared to the Capitol attack. In April, a federal jury ruled that Denver police used excessive force in response to the police brutality protestors.

Additionally, according to studies by Harvard and the Washington Post, 97% of police brutality protests during the summer of 2020 were completely peaceful and 95% of protests existed without any personal injury or property destruction. Overall, independent researchers have found that these protests against police brutality were not as violent as right-wing pundits have suggested they were.

O’Dea has said he does not want Trump to run for President again in 2024, citing Trump’s response to the Jan. 6 riot as one of the main reasons behind his opinion. However O’Dea has also said he would vote for Trump if he is the Republican nominee.

Furthermore O’Dea doesn’t believe Trump deserves any blame for his role inciting the rioters, instead preferring to criticize the former President for not doing more to stop them later.

During a Republican Senate candidate debate in June, O’Dea said that Trump did not deserve any blame at all for the Jan. 6 riot at the U.S. Capitol.

Moderator: “Is Trump to blame, at least in part, for the Jan. 6 riot at the U.S. Capitol?”

O’Dea: “No. But I believe he could have done a lot more to slow that process down. I was a little disappointed to see him go three and half hours before he told his people to stand down.”

During his appearance on Meet the Press last week, O’Dea again criticized Trump’s lack of response to the riot once it was happening. Host Chuck Todd incorrectly stated O’Dea’s previous position, saying O’Dea has said Trump isn’t solely to blame, rather than even just partly to blame. O’Dea did not correct Todd, instead he just repeated his “Trump didn’t do enough to stop them” point.

“I think our former President could’ve done a lot more to stop that,” O’Dea said. “Three and a half hours to say ‘Enough’s enough.’ That’s wrong. I think that January 6th was a black eye on our country. Anybody that did some violence or hurt some people, they should be held accountable.”

O’Dea supports Gov. Ron DeSantis (R-FL) over Trump to be the GOP presidential nominee in 2024. DeSantis has said the congressional probe into the Jan. 6 riot is a witch hunt.

O’Dea’s opponent in November is incumbent U.S. Sen. Michael Bennet (D-CO). Bennet has been outspoken about criticizing the Jan. 6 riot and the role Trump had in inciting it. In January, on the year anniversary of the riot, Bennet made a speech on the Senate floor giving his perspective.

“We had an insurrection here a year ago that could have very easily turned into a conflagration if it had not been for the incredible bravery of the Capitol Police and the other law enforcement that was summoned to the Capitol, too late, but nevertheless, here,” Bennet said in his speech. “They suffered racial epithets that nobody in America should have to suffer shouted in the halls of this Capitol. T-shirts with the most racist, Holocaust-denying slogans on them. And there are people here, as my colleague from Wisconsin said, who are claiming that they were acting like tourists. That’s a really big lie too. … Where political violence replaces the ballot box. Where elections are decided by strongmen, not votes, turning us into Russia or China. Is that really what we want our legacy to be here in the country?”