“Every” vs. “Only”: Activists Point to Veiled Repercussions of CO Amendment 76 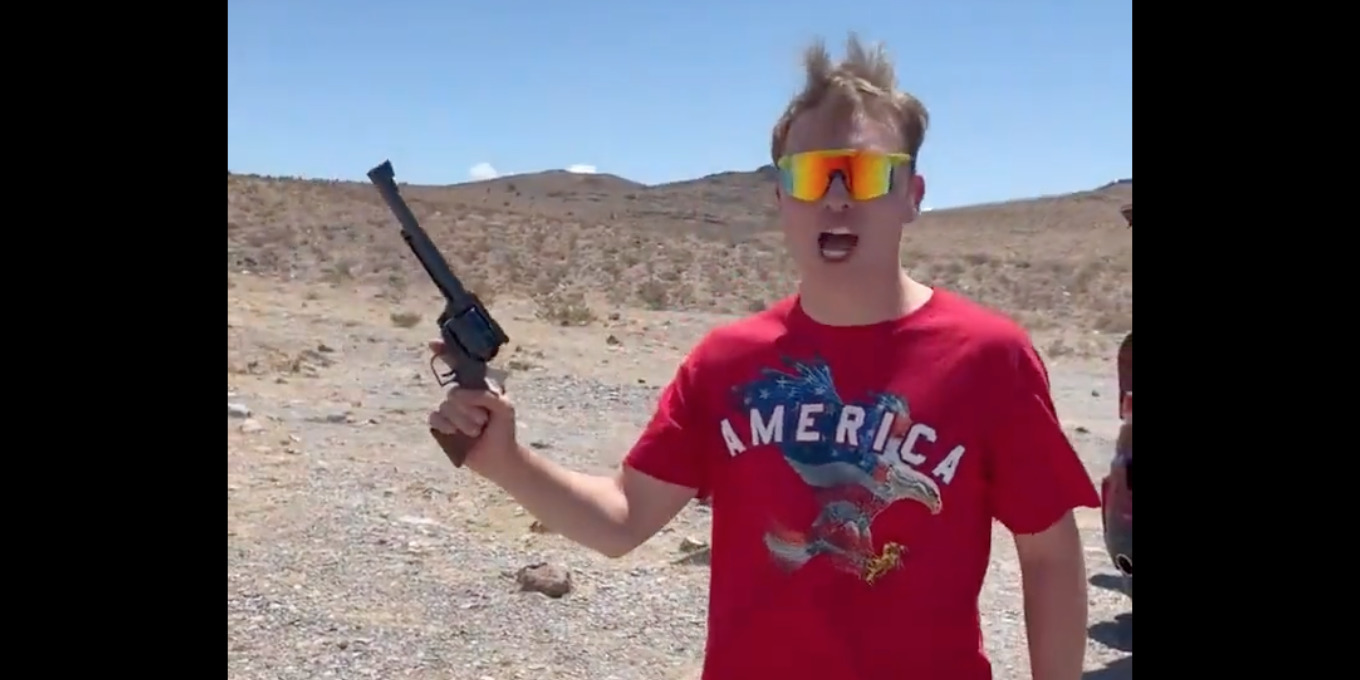 A young man who volunteered on multiple Colorado Republican campaigns, including the 2020 Trump reelection effort, has been identified as a Groyper, the antisemitic white nationalist group led by Nick Fuentes.

Journalist Nick Martin, who writes about extremism and hate at his online newsletter, The Informant, tweeted a thread confirming Duncan’s identity back in March.

“Looks like someone has identified “Smiley the Fren” aka “Smiley the Fed” as Aidan Duncan from Loveland, Colorado,” Martin wrote. “Duncan is a dedicated follower of white nationalist Nick Fuentes and was set to join J6 rioter Anthime Gionet (aka “Baked Alaska”) on a multi-state RV trip last week.”

The Groypers gained national notoriety largely by attacking Charlie Kirk’s young conservative group Turning Point USA for being insufficiently racist. The Conservative Political Action Conference also barred Fuentes and his allies, including Colorado’s Michelle Malkin, from the event, leading the white nationalists to launch their own alt-right gathering, the America First Political Action Conference. Duncan has attended various AFPAC events and gave an interview to BBC journalist Louis Theroux for his documentary “Extreme and Online,” which explores the alt-right movement.

Duncan has also shared numerous short videos of his own, typically to Instagram, including this one, archived by an anonymous research account on Youtube. In it he makes antisemitic, homophobic, and sexist statements in front of a Turning Point USA office, while displaying an America First coffee mug.

As Martin notes, Duncan’s political involvement dates back to his teenage years at Loveland High School, when he organized a pro-gun counter-protest of a rally in support of the 17 victims of the Parkland, FL, school shooting in 2018. The Fort Collins Coloradoan’s reporting on the event included a picture of Duncan addressing the crowd.

The Loveland counterprotest was just one of at least four times Duncan appears in news coverage of conservative political activity, all despite not yet being old enough to buy a beer.

A freelance photographer for The Denver Post snapped Duncan making calls for Walker Stapleton during his run for governor in 2018.

Duncan has had numerous social media accounts deleted by Instagram and Twitter, making it hard to pinpoint his earliest overtly hateful content, but there are some identifiable older posts. In the summer of 2020, either prior to or while volunteering with the Colorado Trump campaign, Duncan shared a meme on Instagram listing “things we should normalize for men” that included “encouraging women to shut up,” and “not being a pussy.” His Gab account includes a photo he says was taken in 2016 of him posing in a Putin shirt and MAGA hat while holding a handgun and a wad of money that qualifies as “alt-right.”

Duncan shared his 2020 Republican efforts himself, posting at least two images of his work with the Colorado Trump Victory campaign, one of which from late 2020 shows the social media handle he now uses for his racist and antisemitic content.

He also sells tee shirts and other merchandise emblazoned with smiley face logos, including altered to look like Adolph Hitler, and another replacing capitol “S” letters with Nazi “SS bolts.”

Just days before the 2020 election Duncan posted a selfie wearing a red Colorado Trump Victory shirt with the caption “Let’s Re-Elect Daddy Trump!” The former director of the Colorado Trump campaign did not immediately respond to a Twitter message requesting comment. This article will be updated with any response received.

Last December Duncan met Trump at a fundraiser in Naples, FL. It’s unclear how he and another Groyper, Jared Noble, got into the private event, tickets for which cost $10,000 per person, including a photo with the former president.

Duncan isn’t the first conservative Coloradan to embrace the white nationalist Groypers. Right-wing social media personality Ashley St. Clair, a former Colorado Springs college student who worked as a “brand ambassador” for Turning Point USA until the group dropped St. Clair after Right Wing Watch’s Jared Holt reported on photos of her partying with Fuentes and other white nationalists Fuentes at an alt-right gathering in Florida last month. Prior to working with Turning Point USA, St. Clair interned with the Starboard Group, a top fundraising firm for Colorado Republicans.

Duncan did not respond to a request for comment via social media. This article will be updated with any response received.