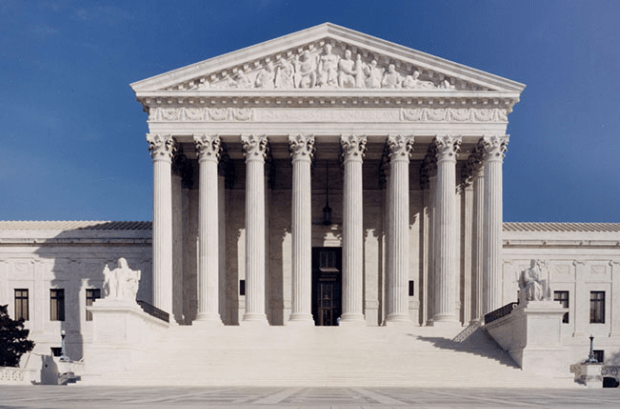 WASHINGTON – Republicans on the Senate Judiciary Committee on Tuesday sharpened their criticisms of U.S. Supreme Court nominee Ketanji Brown Jackson, probing her work as a public defender on behalf of terrorism suspects, the judicial sentences she has handed down for child pornography offenses, and her views of critical race theory.

Jackson defended her record in a handful of tense exchanges with Republican members, clearly disagreeing with accusations from Texas Sen. Ted Cruz that she was too lenient in the child pornography sentencing decisions.

Democrats on the evenly split panel said Jackson’s record as a federal trial judge and appeals judge on the D.C. Circuit Court showed she was an impartial jurist.

All but two of the 22 senators on the committee had 30 minutes to question Jackson during a lengthy session that began at 9 a.m. and appeared ready to stretch into the night. Committee Chairman Dick Durbin announced that two senators, Democrat Jon Ossoff of Georgia and Republican Marsha Blackburn of Tennessee, would take their turns on Wednesday.

The hearing opened with questions from Durbin, D-Ill., that gave Jackson an opportunity to preempt several lines of attack expected from Republican senators. Nearly all are expected to vote on the floor against her nomination.

Jackson described to Durbin her process for removing her own biases as a judge and articulated a vision of a constrained federal judiciary, a day after Republican senators complained that Jackson had not disclosed her judicial philosophy and said they feared she would be an activist justice. She repeated throughout the day her process and that she wanted to “stay in my lane” as a judge, not advocate for policy positions.

“I am not importing my personal views or policy preferences,” she said. “The entire exercise is about trying to understand what those who created this policy or this law intended.”

She also defended her sentencing record for people convicted of possessing child pornography after some Republicans, including Blackburn and Sen. Josh Hawley of Missouri, argued on Monday she was too lenient.

Victims’ statements in such cases were powerful, Jackson said, and she in every case considered the views of the children affected. She did not subscribe to the idea that those convicted of possession — and not production — were only “lookers,” she said.

“I say to them that there is only a market for this kind of material because there are lookers, that you are contributing to child sex abuse,” she said. “And then I impose a significant sentence.”

She still has nightmares, she said, about a victim who developed agoraphobia — a fear of leaving the home — because the prospect that strangers had seen images of her sexual abuse was overwhelming.

Democrats on the panel touted endorsements Jackson had won from leading police groups to rebut the accusation Jackson is not tough enough on criminals.

Jackson, who grew up in Miami and would be the first person from Florida to sit on the court, said law enforcement had long been part of her family life. She had two uncles who were police officers, who, she remembered, would come to family gatherings straight after a shift and place their guns atop tall furniture to keep out of reach of children.

She also has a younger brother who worked as a police officer in Baltimore, she said.

South Carolina Republican Sen. Lindsey Graham, a former defense attorney in the U.S. Air Force, said he would not hold against Jackson her work as a public defender on behalf of terrorism suspects held at a U.S. Naval Base at Guantánamo Bay, Cuba. Graham said he understood that public defenders don’t choose their clients and that defense attorneys are an important part of the legal system.

But Graham, who voted to confirm Jackson for her current role as a judge on the D.C. Circuit Court of Appeals, did take issue with arguments Jackson raised as a public defender, including that the United States committed war crimes against Guantánamo Bay detainees, an apparent reference to a case when Jackson represented a detainee tortured by military handlers at the detention facility.

“I hope that they all die in jail if they’re going to go back and kill Americans.”

Jackson said she was preserving legal arguments on behalf of her clients.

Republican Sen. John Cornyn of Texas also objected to Jackson’s use of the term war criminal in cases that named then-President George W. Bush and Defense Secretary Donald Rumsfeld in their official capacities.

Graham criticized a legal brief Jackson filed after joining a private practice that argued so-called enemy combatants at Guantánamo Bay should be tried or freed, not held indefinitely.

“I hope that they all die in jail if they’re going to go back and kill Americans,” he said. “It won’t bother me one bit if 39 of them die in prison. That’s a better outcome than letting them go.”

Jackson said she was representing her clients’ views, not her own.

Graham also spent much of his 30 minutes complaining about Democratic senators’ treatment of past Supreme Court nominees picked by Republican presidents.

Graham probed Jackson about her religious beliefs and to place on a scale of 1-10 her level of faith. When Jackson objected to providing details about her beliefs, Graham said he asked because Democrats raised the issue about Justice Amy Coney Barrett, who was nominated by President Donald Trump, during her confirmation hearings.

Cruz, who overlapped with Jackson for two years at Harvard Law School, accused Jackson of endorsing the teaching of critical race theory. It is a legal theory, taught in higher education and much maligned by conservatives, that argues race is a prevailing factor in all parts of American life.

Cruz brought and displayed blown-up posters showing pages in books taught at Georgetown Day School, a private school in Washington, D.C., where Jackson sits on the board.

Cruz argued that such books taught that “babies are racist” and asked if Jackson endorsed that view.

The board does not oversee curriculum at the school, Jackson said.

Sen. Dianne Feinstein, D-Calif., noted Jackson would be the fourth woman on the nine-justice Supreme Court, the closest to gender parity the court had reached.

Jackson, who would be the first Black woman on the court, said that kind of milestone was important to young people who may not see people of their backgrounds reflected in elite institutions like the Supreme Court.

“One of the things that having diverse members of the court does is it provides for the opportunity for role models,” Jackson told Feinstein. “Having meaningful numbers of women and people of color, I think matters.”

This article was published by Colorado Newsline, which is part of States Newsroom, a network of news bureaus supported by grants and a coalition of donors as a 501c(3) public charity. Colorado Newsline maintains editorial independence. Contact Editor Quentin Young for questions: [email protected] Follow Colorado Newsline on Facebook and Twitter.