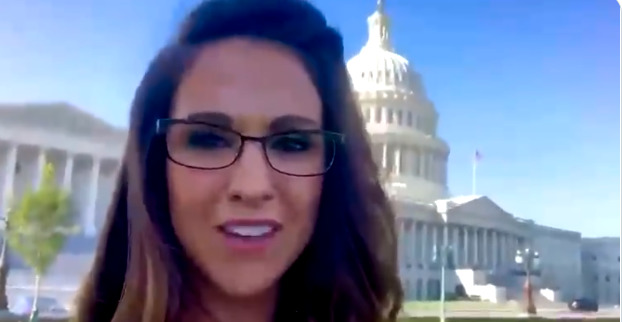 Colorado Congresswoman Lauren Boebert, whose political career was born and engineered around carefully designed media stunts, says her much-publicized outburst during Biden’s State of the Union speech was “certainly spontaneous.”

“This is absolutely not something that I had planned on doing,” Boebert, a Republican, told Denver KHOW host Dan Caplis yesterday.

Boebert’s comment came when Caplis asked if the interruption was “something you had thought about in advance; was it spontaneous?”

“When Biden was trying to earn political points by talking about troops that were being buried in flag-draped coffins, my mind went straight to those 13 soldiers who died in Afghanistan,” said Boebert.

“Look, we invited Joe Biden to address us. And I wasn’t planning on addressing the president, but it turned out I did,” said Boebert.

“This was in no way spontaneous,” tweeted Ron Filipkowski, a journalist, attorney, and former Republican, referring to Boebert’s outburst.

The early release of Biden’s speech gave Boebert time to plan the timing and content of her interruption, say Boebert’s critics.

Listen to a clip of Boebert’s KHOW interview here:

In defending the timing of her comment, which came just before Biden talked about his deceased son Beau Biden, Boebert said on air of Beau Biden, “He was not killed while actively serving our country,” said Boebert, noting that Beau Biden’s death was nonetheless “tragic.”

“We could use more decorum on both sides,” said Boebert to Caplis, though she’s refused to apologize.

“I wasn’t expecting those service members to be ignored,” she said. “And, you know, I understand decorum of the House. I understand how some folks may be upset that decorum was broken. It was actually broken several times. But there are some images that are seared in your mind.”