HIV Prevention Meds Will Soon Be Available Without a Prescription 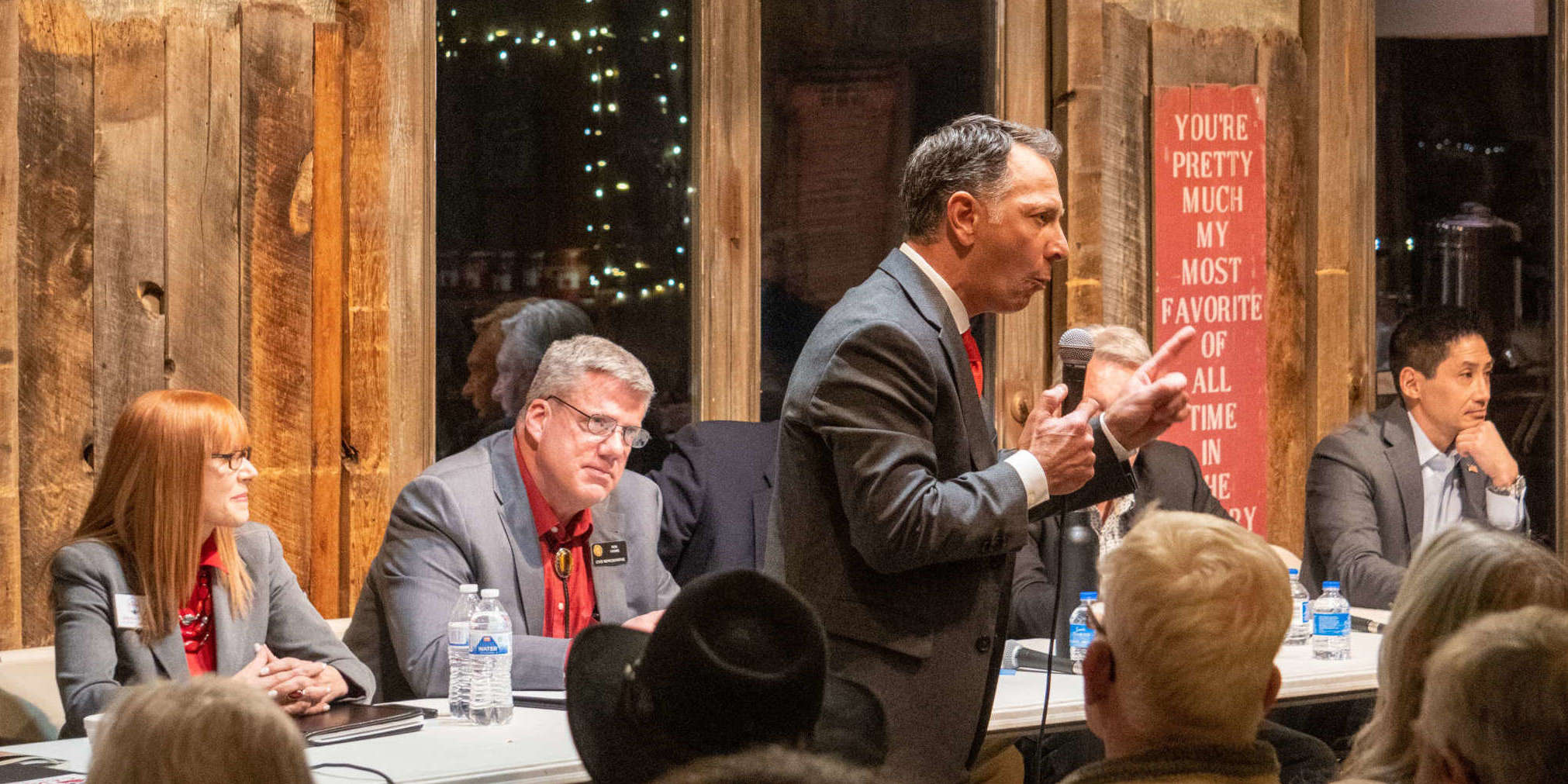 All seven of the hopeful Republican challengers to U.S. Sen. Michael Bennet (D-CO) were contacted about the questionnaire, and some touched on Roe v. Wade. Bennet supports Roe

Roe v. Wade is the 1973 U.S. Supreme Court case that gave women the right to have an abortion. The ruling could be overturned this year by the Supreme Court’s conservative majority. On Saturday, Colorado anti-choice groups held a rally at the state Capitol protesting Roe v. Wade. On Tuesday, Gov. Jared Polis (D-CO) signed a bill that codified the right to abortion into state law.

Six of the seven Republican Senate candidates are hoping to pass through the GOP state assembly process this Saturday. One, businessman Joe O’Dea, decided to get on the Republican primary ballot through the petition process.

“Protecting Life: As Senator, how would you seek to protect the most vulnerable in our nation, including the lives of the unborn, the trafficked, and the elderly?”

“Life begins at conception,” Bremer answered to Church Voter Guides. “God’s precious gift of all life must be protected, from babies in the womb to the elderly.”

The Colorado Times Recorder contacted Bremer for an opportunity to expand on this answer. Bremer explained that for him, the abortion issue is personal.

“The life issue is personal to me,” Bremer said. “My son was born at one and a half pounds at 27 weeks. So this is one that my wife and I have dealt with. She was counseled by her physicians to terminate the pregnancy the morning my son was born and decided that she was willing to risk her life to bring our son into the world and he’s a happy, healthy seven-year-old now.”

When asked about his stance on Roe v. Wade, Bremer said he would not comment on issues concerning the U.S. Supreme Court while running for U.S. Senate.

“[Roe v. Wade] is not going to be voted on in the Senate,” Bremer said. “That issue is in front of the Supreme Court. I respect the different branches of Government. The legislative branch should do its job and the judicial should do its job.”

When asked if a Supreme Court nominee’s stance on Roe v. Wade would affect if he voted to confirm them, if Bremer were elected as a U.S. Senator, Bremer said that the issue would not come up in a confirmation hearing.

“I don’t think any nominee is going to address that,” Bremer said. “There is basically no precedent for a Supreme Court nominee to address any case that could be heard by the Supreme Court. I have no way to answer that because that situation would never come up.”

Bremer did explain that he would not support current Supreme Court nominee Ketanji Brown Jackson.

Campana did not provide an answer to the survey, but as Church Voter Guides points out, he did not indicate he received the questionnaire, so it’s not clear whether he even received it.

However, at a March campaign event in Grand Junction, Campana did address Roe v. Wade.

“I would like to think that the fruit of our labor in getting the last three justices in place is going to reveal itself this summer” Campana said. “I think we’re going to see some changes in Roe v. Wade and I think that’s why the Democrats are so extreme in what they just passed in our state. There are times when I don’t like being painted with a broad brush being in Colorado. It’s probably the most extreme abortion legislation out there in the nation, I mean even the world, right up there with China. It’s atrocious. It’s disgusting.”

Campana is referencing the bill codifying the right to abortion into state law. Listen to the audio below, where Campana also says he would not support current Supreme Court nominee Ketanji Brown Jackson.

“I have been a long-term advocate for life having served on the Care Net Board which serves pregnancy resource centers all over the country,” Flora answered to Church Voter Guides. “It has been an honor to help women in crisis be able to have a real choice and be able to choose life for their child. I have participated in the March for Life and led a rally on the steps of the Supreme Court for this cause. I would continue this stand for life in the U.S. Senate.”

Hanks chose not to participate in the Church Voter Guide questionnaire and did not respond to a request for comment by the Colorado Times Recorder for this story.

During the 2022 Colorado Legislative session, Hanks sponsored a bill to abolish abortion in the state. If it had passed the bill would have required the state to enforce homicide and assault provisions on women who get an abortion.

Also this year Hanks, along with other Colorado Republicans, debated against the bill codifying abortion into state law for 24 consecutive hours.

In his campaign announcement video, Hanks said he was a “defender of the unborn.”

“I am pro-life, arguably the most pro-life candidate in this race,” Moore answered to Church Voter Guides. “I would seek to overturn Roe Vs. Wade because very simply, abortion is the taking of life without justification — in other words, it is murder. I will fight to defend the rights of the unborn while seeking ways to honor the rights and interests of mothers (and fathers). Human trafficking is a scourge on our nation. I will fight it. We must also protect the interests of the elderly, whether via laws protecting them from telephone and online scams or by supporting and reforming Medicare to ensure sufficient funds will be available for seniors in the future.”

“I was raised a Catholic and I was adopted,” O’Dea answered to Church Voter Guides. “I am personally pro-life. I also think the men and women who adopt and provide foster care are real-life heroes. It’s time to finish the wall and provide whatever resources we need on our southern border to cut off human trafficking and investigate and prosecute it in our communities. Finally, I believe we need to work with the states to ensure that our nursing homes have proper protocols and systems in place to handle emergency situations -such as pandemics. COVID-19 swept through our nursing homes with devastating effect and we have to ensure we’re better prepared for the next emergency.”

“As Senator, I do believe that there should be a safety net for those who are unable to support or take care of themselves,” Yu answered to Church Voter Guides. “Often these services require immediate attention as these are urgent and sudden cases. These cases need to be handled by each individual state to determine the validity and needs of each person. To assure that the states have the resources to address these issues, I believe that the U.S. Department of Health and Human Services is a viable agency for this purpose. In this process we need to have committees that can attend to each request and be sure that the system is not being abused and that those who need help, receive help.”

Check out more of the Colorado Times Recorder’s coverage of reproductive justice by clicking here.

Update: this story was updated on 04/07/22 to include more context surrounding state Rep. Ron Hanks (R-Cañon City) and his stance on reproductive justice.