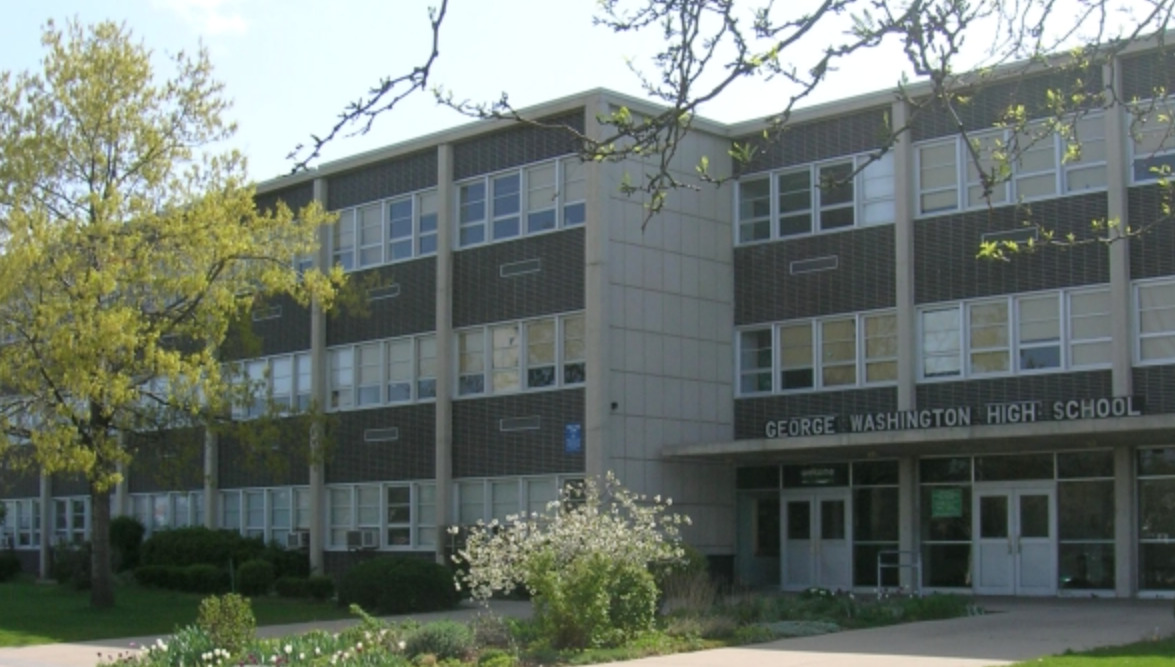 That’s what the graffiti scrawled across a fence at George Washington High school said. Denver Public School officials discovered the vandalism early Monday morning, along with other racist and homophobic slurs on the property.

The same night, hateful vandals also struck at the Denver Academy of Torah — about a mile away — breaking windows with rocks and damaging an electrical box there, according to 9News.

“If we needed a reminder that our world is not yet the peaceful, embracing community that we would like it to be, we got one,” said Rabbi Raphael Leban, the managing director of The Jewish Experience, a non-profit located just a block away from George Washington High School.

To anyone who’s been paying attention for the last several years, that might sound like an understatement. In Colorado alone, hate crimes increased by as much as 34% between 2019 and 2020, according to the FBI’s annual hate crime report released on Aug. 30. That pattern far outpaced the average increase in hate crimes across the United States for the same period — about 6%. Even so, hate crimes in the United States last year were the highest in 12 years.

The pattern is more than troubling. Consider that according to the Anti Defamation League’s 2021 Survey on Jewish Americans’ Experiences with Antisemitism, almost 60% of Jewish Americans polled said they feel less safe now than they have in the last decade.

To put it quite bluntly, antisemitism is becoming en vogue again.

60% of Jewish Americans polled said they feel less safe now than they have in the last decade.

We can point to a number of reasons why. The simplest is that antisemitism has been legitimized over the last several years thanks to steadily increasing propaganda coming from far-right camps. The biggest two examples of this are the way they link their favorite Jewish Boogeyman, billionaire philanthropist George Soros, to literally any cause they hate; and the way QAnon has deftly reintroduced the specter of a dark new-world order behind COVID-19, child abductions, vaccination mandates, and everything else they hate — with Jews pulling all the strings.

Where Soros is concerned, look no further than the way former President Trump himself tied Soros to migrant caravans (despite the lack of a shred of evidence supporting it) inspiring Robert Bowers to murder 11 Jews praying in a synagogue in Pittsburgh. That’s the most egregious result of a long-running smear campaign the right has been waging for decades — only to reach a fevered pitch in the Trump era.

Meanwhile, the anti-vax crowd has crawled into bed with antisemites in droves, sidled up with their QAnon compatriots all over the internet and wherever vaccine mandates are discussed. What’s most infuriating is that this is not a new phenomenon — Germany’s got plenty of history with antisemitism tied to viruses and vaccines. History QAnon’s “leadership” is well aware of.

We’ve been here before. Like Mark Twain said, “History doesn’t repeat itself, but it rhymes.”

Given the events of the last few years and Trump’s Jan. 6 “Capitol Building Putsch,” your Jewish American friends and neighbors aren’t exactly resting easy right now. We know how this story plays out — we’ve seen it time and time again over the last couple of millennia.

And while taking on all of the QAnon faithful might be a tall order, you can at least play a part in your own backyard.

“We will not tolerate this reprehensible act of hate in our community and (we) condemn these actions,” said George Washington High School Principal Kristin Waters in a letter to all students and their parents on Monday. “Our social emotional support team will be available in the Success Center for students this week who need support. Additionally, we are going to take time in Community Learning this week to discuss the impact of hate crimes and how we are able to come together and support our community. Anyone who has information regarding this incident or other concerns may make an anonymous report using Safe2Tell by phone or text at 877-542-7233, via safe2tell.org, or using the Safe2Tell app.”