‘We Will Save This Democracy,’ Sen. Bennet Addresses CO Springs Dems

Lauren Boebert Is Pushing a Bill to Defund Planned Parenthood 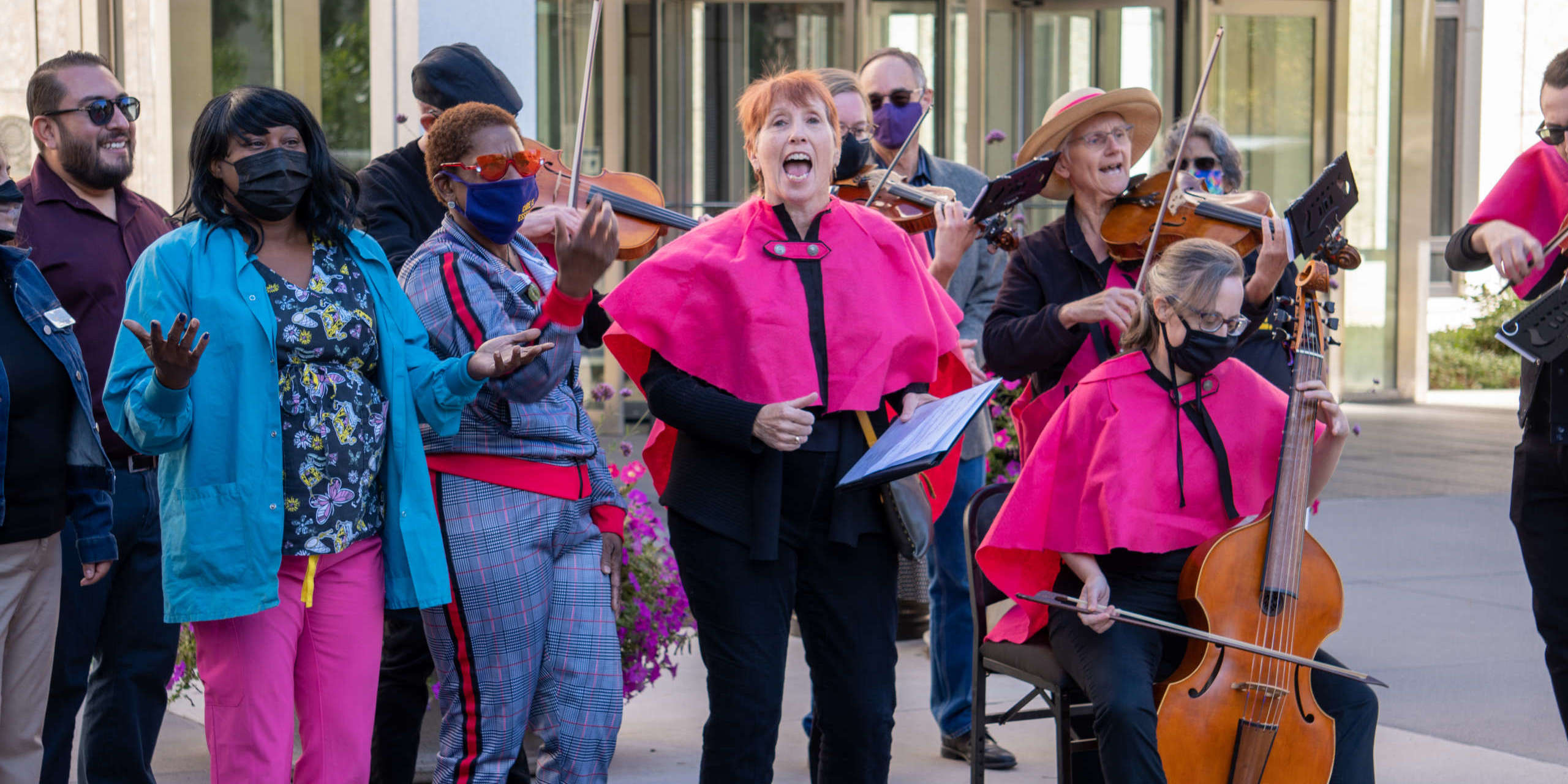 The plan is part of the $3.5 trillion Build Back Better package under consideration in Congress but has been the subject — along with other health care, environmental, and immigration provisions — of Democratic infighting.

Colorado’s other Senator, U.S. Sen. Michael Bennet (D-CO), announced his full support of the increased funding last month, and a Hickenlooper spokesperson released a statement of support for care workers in response to the rally.

“Senator Hickenlooper supports investing in our caregiving workforce and support for seniors, people with disabilities, and their families,” the statement read. “We need to make these programs sustainable and ensure that caregivers can earn a living wage and have a seat at the negotiating table.”

Hickenlooper had not publically stated his stance on the Biden Care Plan until today, but he did commit to fighting for health care equity and praised Biden’s American Rescue Plan at an event in Colorado last month.

Today’s rally took place outside of Hickenlooper’s downtown Denver office, and among the attendees at the rally were Karen and Benjamin Roberts, who would be directly affected by the passage of Biden’s Care Plan.

Benjamin is on a waitlist, along with 820,000 people nationally, for Medicaid-funded home care services for people with developmental disabilities. Currently, Benjamin’s caregiver is Karen, his mother.

“We’re so appreciative of all that, as Governor, that Senator Hickenlooper has done for the disabled community and their families,” Karen Roberts said. “We know Senator Hickenlooper has got a lot of big decisions to make. We’re just here to show our support for the increased funding in order to end the waitlist for those waiting on Medicaid services. But it’s also really important to fund what we call the invisible waitlist. Those are the people that provide the care for our disabled population and older adults, who right now are making $11.50 an hour.”

Backers of Biden’s Care Plan say that after increasing the job quality and pay of those in the care industry it would meet the needs of every person on the Medicaid waitlist. According to a July report from the Kaiser Family Foundation, the $400 billion investment would do just that.

Caregivers funded by Medicaid assist elderly people and people with disabilities with self-care tasks that they would otherwise struggle with or be completely unable to complete on their own. These tasks include eating, bathing, cleaning, taking medicine, and exercising.

These caregivers are also predominantly low-income, female, and people of color and face low wages without benefits.

Julie Reiskin is the executive director of the Colorado Cross-Disability Coalition, a disability rights advocacy group, and has a disability herself. Reiskin said her reasoning for joining the rally is to support those who do so much to support her community.

“I’m out here today because my staff, my family, my friends, and I all rely on these services to stay alive and to function every day,” Reiskin said. “And the people who provide these services are vitally important and deserve to be paid fairly. They deserve paid time off.”

Reiskin explained that Colorado has been a leader in providing services to those with disabilities and the elderly, but there is still work to be done, including in rural areas of the state.

In response to a question about what it would mean to her to hear Hickenlooper’s support of Biden’s Care Plan, Reiskin was direct in her explanation.

“It would mean that I would believe in his campaign promises again,” Reiskin said. “Hickenlooper campaigned talking about a ‘Colorado for All.’ If he doesn’t support this he doesn’t believe in a Colorado for all. People with disabilities, care providers — who are mostly women of color — either we matter or we don’t. I’m disappointed having to be out in front of a Senator’s office again. I thought I wouldn’t have to do this again.”

Michael Bardo, a care worker who works with the disability community, also attended today’s rally hoping to sway Hickenlooper to take a public stance on the Biden Care Plan.

Bardo clearly outlined what health care workers face in their jobs. He explains how care workers are underpaid and are at higher risk of contracting and dying from COVID-19. This then pushes care workers out of the industry, creating instability and fewer workers available to work with the elderly and disability community.

According to Bardo, the Biden Care Plan would support unionizing in health care and create a better work environment for care workers.

Also at the event were members of the Service Employees International Union Local 105, the Arc of Colorado, which provides advocacy for people with intellectual developmental disabilities, and the Non-Violins Marching Band, a Colorado activist group whose name is a play on “nonviolence” and the fact that the group mostly plays violas rather than violins.

At the rally, the band played a song urging Hickenlooper to support Biden’s Care Plan, to the tune of “Don’t Stand So Close To Me” by The Police.

“Hickenlooper
You can do it
Please take a stand with me