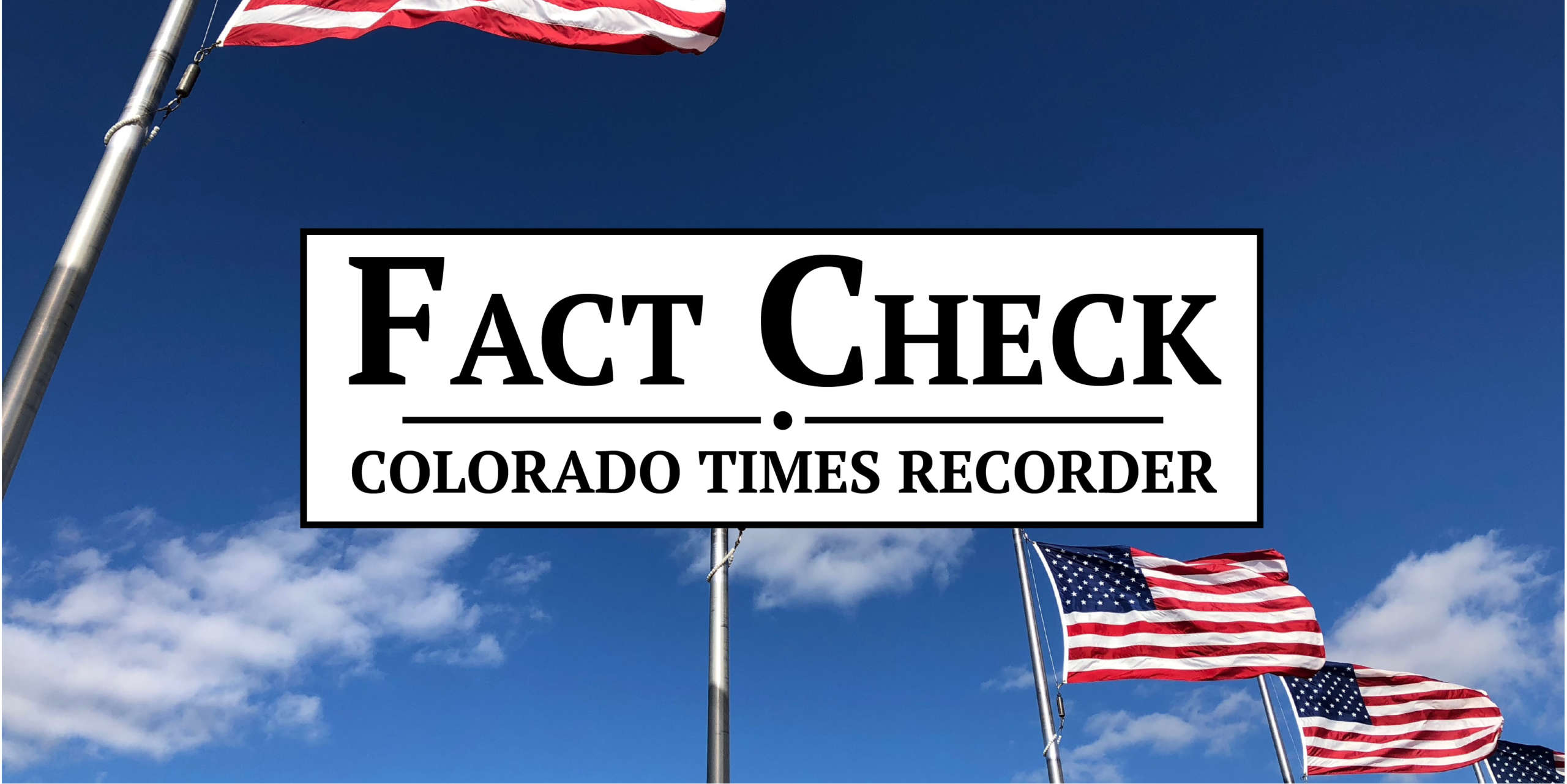 Priscilla Rahn, the vice-chair of the Colorado Republican Party, gave a presentation in July called “Unpacking CRT” where she equated critical race theory (CRT), a legal framework taught in law and graduate schools, with Marxism.

A slide from Rahn’s presentation obtained by the Colorado Times Recorder made several false claims about CRT. The slide claimed that CRT advocates for suspending property rights, redistributing land and wealth based on race, and destroying the U.S. Constitution. Rahn’s slide also compared cancel culture to concentration camps.

In reality, critical race theory is a body of legal and academic scholarship that views racism and its effects not as the result of individual prejudices but rather as a result of systemic factors.

But that reality has not stopped Republicans nationwide and in Colorado from fearmongering over elementary and middle schools teaching CRT.

In June, Kristi Burton Brown, Colorado’s GOP chair, manufactured outrage over the potential of children being taught CRT. Critical race theory experts have emphasized that CRT is not being taught to children.

Just last week, the Mesa County school board reinstated their equity & inclusion director position after months of false assertions that the position was a ruse to teach CRT in schools.

In addition, CRT and Marxism are not the same thing. Some of CRT’s founders were also Marxist theorists, but CRT is independent of Marxist thought, according to Kimberlé Crenshaw, a CRT pioneer.

Labelling CRT as  “Marxist” recalls a strategy used during the Civil Rights Movement where activists were labeled as communists because of their calls for equality, according to several scholars.

Rahn further confuses and politicizes the issue by equating the Marxist concept of “Revolution” with the Biden campaign slogan, “Build Back Better,” which has nothing whatsoever to do with critical race theory.

U.S. Rep. Ken Buck (R-CO) introduced a bill in June to prevent federal funds from being used to teach CRT in K-12 schools.

“Critical Race Theory is dangerous, anti-American, and has no place in our nation’s schools,” said Buck in a statement. “School curriculum plays a critical role in a child’s development and greatly influences the type of adult they will become. Children shouldn’t be taught that they will be treated differently or will be racist because of their skin color.”

In an appearance on Fox News to talk about his bill, Buck said the “Marxist ideology,” of CRT had the purpose of driving a “wedge between Americans.”

U.S. Rep. Lauren Boebert (R-CO) echoed Buck’s sentiments about CRT and labeled the discipline as “modern-day racism,” and “communism,” at a press conference in June.

“Racist Democrats have always been after our children,” Boebert said. “They pushed for segregation in schools in the 60s and now they’re pushing this critical race theory in our schools, which is nothing more than modern-day racism. Democrats want to teach our children to hate each other. … If America falls, it will be because we destroyed ourselves from within. It’ll be because we taught we were taught to hate instead of love. We glorify division over unity. We praised communism over freedom.”

On Monday, Denver Post columnist Krista Kafer criticized the presence of CRT in schools. She admitted that while CRT itself might not be taught in K-12 classrooms, the “poison fruits” of the discipline, which she characterizes as any number of policies or programs related to diversity, equity and anti-racism, are “being taught in at least some Colorado public schools.”

In her column, Kafer quoted Rachel Kopfle, whom she described only as a “parent of a Front Range student,” about the nefarious effects CRT has had on her son.

Kopfle gave similar testimony in May at a Douglas County School Board meeting, where she spoke on behalf of No Left Turn in Education, a right-wing group dedicated to removing diversity and equity training in K-12 schools.

No Left Turn has compared diversity and equity educators to dictators such as Pol Pot and Adolf Hitler. The group also has a history of pushing transphobic and homophobic rhetoric on their social media accounts. It also has a parent organization funded by the Koch brothers.