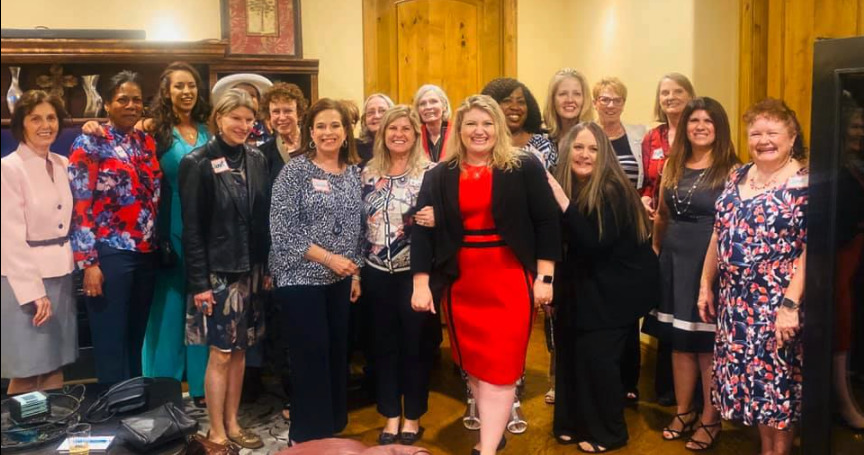 Republicans in El Paso County threw a party, but didn’t invite the leadership of the… El Paso County Republicans. With their county party in disarray due to internal election irregularities, Colorado Springs Republicans gathered on their own for food, drink, and fundraising for Florida Congresswoman Kat Cammack, who refused to certify the 2020 election.

Florida Congresswoman Kat Cammack, a Colorado native, headlined the event, which served as a fundraiser for her campaign committee.

Cammack voted against certifying the 2020 presidential election results, stating from the House floor on January 7 that the insurrection only strengthened her belief that she stand firm in opposition to election results in Pennsylvania and Arizona.

“Especially after tonight’s unacceptable breach of the people’s house,” said Cammack. “I am furthermore resolved in the fact that we as representatives of the people must take a stand for every American’s right to a free and fair election, as guaranteed by the Constitution.”

Cammack also objected to counting Arizona’s electoral votes, despite the complete lack of evidence that any fraud occurred in the state.

Notably absent from a gathering of the region’s most prominent Republican elected officials: the El Paso County Republican Party Chair Vickie Tonkins, who was herself credibly accused of mismanaging an election, possibly to her own benefit.

Neither Tonkins nor her party allies were on the guest list, which explains the absence of El Paso County state Rep. Dave Williams (R-Colorado Springs), Tonkins’ lone supporter at the Statehouse.

The rift between Tonkins’ far-right faction and the largely more “establishment” elected officials, like Williams, Elder and state Senators Bob Gardner and Larry Liston, is well over a year old at this point. The list of grievances includes Tonkins’ posting COVID conspiracy theories to her Facebook page, as well as numerous irregularities stemming from her team’s handling of the election of party officers earlier this year.

Asked if Cammack’s very public position against certification of the 2020 election posed an optics problem for the elected officials in attendance, particularly given the county party’s recent challenges, host Eli Bremer said the evening wasn’t really about policy or even politics, but rather was a social occasion.

He said Cammack, who earlier that day gave the Douglas County Republicans a detailed explanation of her efforts to overturn the election results as well as her first-hand experience during the Capitol insurrection, focused her evening speech on her personal story rather than politics or policy.

Bremer acknowledged the breakdown of the relationship between GOP elected officials and the county party, but stressed that the evening event essentially served as a social gathering in lieu of the traditional annual fundraiser, which he doubts the county party will manage to produce.

“No one thinks that the party is going to host a credible Lincoln Day dinner this year. And so, you know, we’re pretty much done with that season. [Traditionally most Lincoln Day Dinners take place in May or June.], said Bremer. “There was a huge appetite to just get everybody together and have a big party. And I had met Kat last year and found out she was from [Douglas County]. And I said, ‘if you ever come out, let’s throw party for you.'”

“So people were not showing up to get a big policy speech, Bremer continued. “They were showing up to see old friends and have fun. [Cammack’s] speech was very much geared towards, ‘Hey, we’re down but not out as Republicans. We all should work together. It was very much a unifying kind of speech.”

Via email, Tonkins says there will be a Lincoln Day Dinner this year and noted that for the past three years, the El Paso County dinners have occurred in September.

“We are working on finalizing a date,” says Tonkins. “We hope that date will be shared with everyone soon.”

Tonkins did not respond to whether or not she plans on “RINO-hunting,” but in a March 29 interview on the far-right Chuck & Julie podcast, Tonkins did agree with host Chuck Bonniwell that GOP needs to purge insufficiently right-wing members and oppose primaries that feature moderates Rs vs. more conservative candidates.

Regardless of how or when the Colorado GOP’s intra-party disputes resolve themselves, nearly all party leaders still struggle when asked to affirm that the 2020 presidential election was fair and secure.