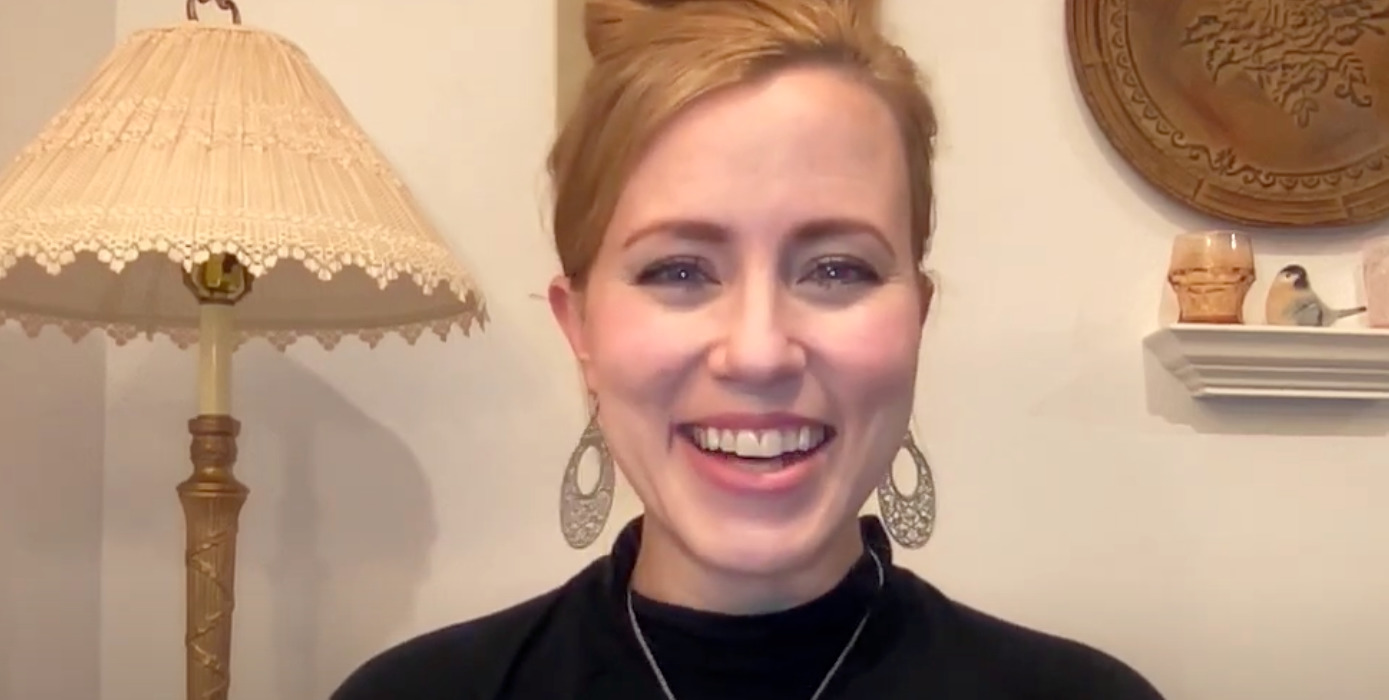 “Do you […] believe the election was fraudulent?”

That was the question posed to Colorado GOP chair Kristi Burton Brown in an interview May 5 with Ryan Warner on Colorado Public Radio’s “Colorado Matters” radio show.

Burton Brown’s answer could be interpreted as a “yes” or a “no,” or possibly both, and maybe neither.

Burton Brown pivoted to a statement about ensuring election integrity in Colorado’s future elections, and she intimated that her response to future questions regarding the Big Lie will be the same evasive tactic, “over and over again.”

“I am focused on the future,” Brown told Warner. “I will repeat that over and over again. We’re going to talk about Colorado in 2022.”

Not willing to hold adherents to the Big Lie accountable, Burton Brown instead promises, “We’re going to talk about Colorado in 2022.”

Warner’s question referred to the 2020 U.S. presidential election and claims from conservatives in the following weeks that the election was rigged or stolen, despite many recounts, audits, and court challenges in several states where results were contested, and despite no verified evidence to support their claims.

These unsubstantiated claims have come to be known as “Trump’s Big Lie,” since the phrase was used by U.S. House impeachment managers in the former president’s second impeachment trial and popularized by observers.

The Big Lie was the foundational message drawing crowds of supporters to the Jan. 6 rally in Washington D.C., many of whom subsequently stormed the U.S. Capitol, interrupting the peaceful transition of power.

The following is a transcription of Warner’s exchange with Burton Brown:

Host Ryan Warner: I mentioned that there was something of a, I guess I’ll call it a mini exodus of Republicans after the protesters stormed the U.S. Capitol. That insurrection came in part because President Trump claimed the election was a fraud. And I’ll just say that this week Logan Grover of Erie, Colorado was arrested on four counts related to unauthorized entry of the U.S. Capitol. According to a Facebook post, which the FBI included in its statement of fact about his arrest, Grover wrote, “If you accept the reality that the election was stolen, then you cannot accept Biden as the new president and neither can I.” I guess I’d like to ask you very plainly, do you, like Mr. Grover, believe the election was fraudulent? [CTR emphasis]

CO GOP Chair Burton Brown: I believe — I have no association whatsoever with Mr. Grover. And I believe that Joe Biden is in the White House. He’s the President of the United States. And I’m going to repeat what I said before, which is that my focus is on the future. It is in saying how can voters here in Colorado be assured that their vote is going to count because we have the right kind of election integrity here in Colorado? Going into 2022, we need powerful teams of poll watchers, election judges, people who are going to pay attention to votes being cast accurately here in Colorado. We want everyone to vote and everyone to have a say. We want that to be secure. That’s something, your political party shouldn’t matter in wanting that for all people. But I am focused on the future. I will repeat that over and over again. We’re going to talk about Colorado in 2022.

During her campaign to become Colorado’s latest Republican chair, Burton Brown mined a similar vein of plausible deniability, seeding doubt without cause, while not directly denying mendacious and unproven claims. Burton Brown raised baseless doubts as to whether Colorado’s election laws will ensure fairness in the future.

Colorado overhauled its election processes in 2013 to include mail-in ballots for all registered voters, ignature verification of ballots, wide access to secure and conveniently located drop boxes, a three-week window for casting ballots, voting service centers for in-person voting, and same-day registration.

In his interview with Burton Brown, Warner asks, “So, do you believe that Colorado’s elections have integrity?”

“I believe you can always look at an election and find ways to improve. And that’s why I think what matters is that people need to be assured here in Colorado that their vote is counted. No one should ever sit at home and say, ‘Oh, well, I have so many doubts about the system that I’m going to sit home and not even bother to vote.’ That’s a sure way to lose. Every single Republican should get out there and cast their vote in 2022. And if they are about any of the systems in Colorado, the way to fix that is to be a part of the process and make sure the system works for everyone.”

Cheney will likely be ousted and replaced by Elise Stefanik (R-NY) whose tack is similar to Burton Brown’s when answering — or not answering –questions about the legitimacy of the 2020 U.S. electoral results. She won’t directly declare the election fraudulent but willingly fans the flames of the Big Lie to hold favor with its believers. A Republican vote to replace Cheney is scheduled for tomorrow.